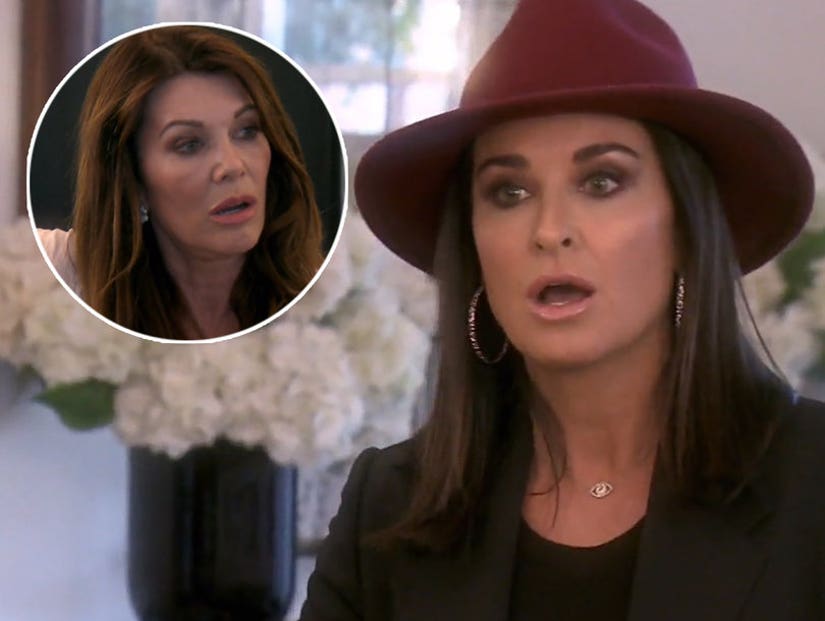 "We've had our ups and downs. Some friendships have more than others. I always felt our friendship was worth it," Kyle says.

It took Kyle Richards quite some time to write up her blog post about Tuesday's explosive episode of "The Real Housewives of Beverly Hills" because her fallout with Lisa Vanderpump "is up there with some of the most difficult moments I've had in these past nine years" on the show.

In the lengthy note, Kyle expressed sadness over the loss of her friendship with both Lisa and Ken Todd, saying she had no idea sticking to her truth would have such drastic results. She was also stunned by their "severe reaction." 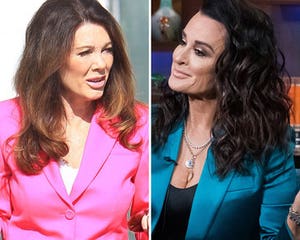 "When I went to Lisa's house, I knew it wouldn't be easy, but I felt being truthful about the conversation that took place was better than hiding it from her," she said of the discussion she had just had with her other co-stars about the Radar Online article. "When I arrived, I got the sense that Lisa knew what I wanted to talk about."

"As soon as I brought up the conversation and what was said, Lisa and then Ken went from zero to 100," Kyle continued. "Their reaction was so extreme, it shocked me. This is not the first time this topic has come up over the years, and it has never been met with this sort of a reaction. It didn't even make sense to me. I really just wanted to talk to Lisa one on one. Ken screaming at me made it so much worse than it needed to be. I kept thinking, 'Do not cry. Do not cry.' I was surprised I stayed as calm as I did in spite of how angry Ken was."

Kyle went on to say she did everything in her power to assure Lisa she cared about her. She insisted the reason for her being there was to tell her friend what was being said about her, "even if it wasn't what she wanted to hear." 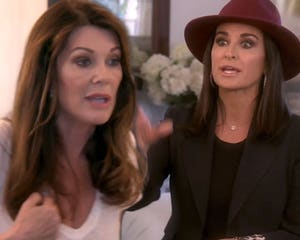 "If I had lied at lunch, my other friends would have lost respect for me for not being honest," she said. "If I told my truth, Lisa would be mad at me. This is a no-win situation for me. Therefore, I just stuck to my truth."

"It didn't have to be like this," she continued. "We could have sat down as two friends and talked it out, even if we ended up agreeing to disagree. That's what friends do. We don't just tell each other what the other wants to hear. That's not friendship. Contrary to some of the comments I've seen, Lisa and I did have a real friendship. We have laughed, fought and made up. We've had our ups and downs. Some friendships have more than others. I always felt our friendship was worth it."

"I chose the difficult route in all of this," she said. "Why would I do that other than to be honest? I certainly had nothing to gain, but I never imagined losing a friendship over this."

At the lunch in question, Dorit Kemsley brought up a Radar Online article she felt LVP had planted to make her look bad. Teddi Mellencamp, Erika Girardi and Lisa Rinna all felt Dorit's feelings on the matter had merit. Not too long after that story came out, Lisa spoke to TMZ to "squash" whatever "beef" she had with Dorit, but the women felt the timing and tone of her interview were a little suspicious. They cornered Kyle, Lisa's longtime friend/apologist, and asked if she's ever known Lisa to leak stories to the press. Kyle was palpably uncomfortable.

"I grappled with taking the easy way out OR telling the truth," Kyle wrote in her blog. "I am not a liar. Of all the things people may have accused me of, lying is not one of them. (At least not up until this point.) While Lisa is my friend and I am the closest to her, these women are also my friends. If they weren't my friends, maybe I could have taken a different stance. But they are, and I could not lie to them. Most importantly, I knew they knew the answer and were waiting for me to be honest."

Kyle said she chose the "honest" route, the route she knew would anger Lisa, "knowing that this was going to wreak havoc on my life and anxiety."

And it surely did. After their intense argument, Lisa and Ken kicked Kyle out of their house. As it stands today, there is no friendship. 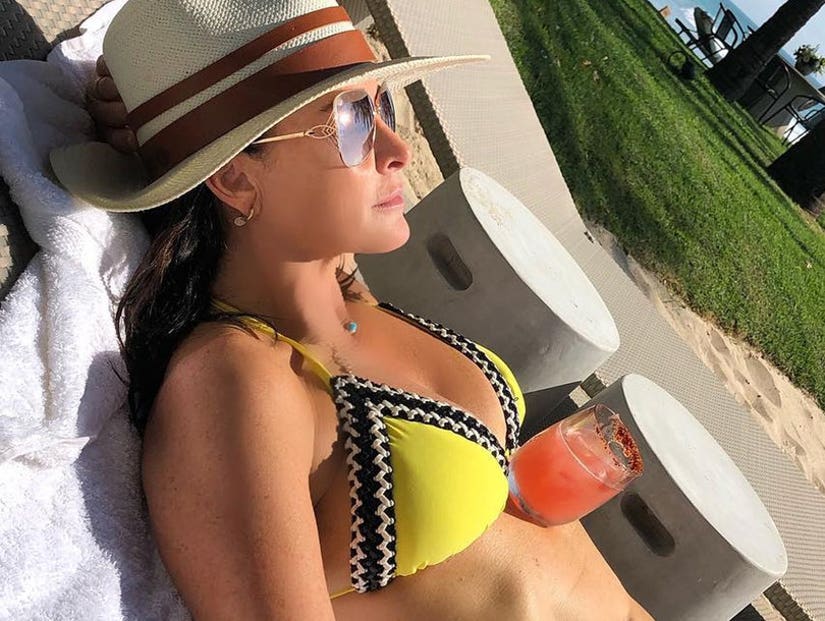