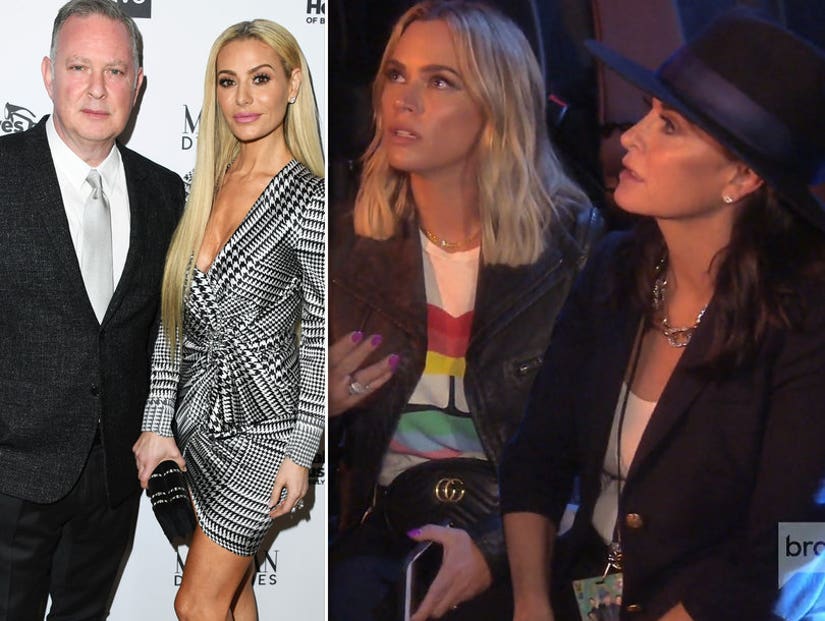 Tensions are still high among the "Real Housewives of Beverly Hills," and on Tuesday's new hour, things only got worse.

Dorit Kemsley invited the ladies to a Boy George show, which they all thoroughly enjoyed. Backstage after the concert, however, Dorit's husband PK took a jab at Kyle Richards over her fallen friendship with Lisa Vanderpump, which ended up spilling over into a situation between Dorit and Teddi Mellencamp. 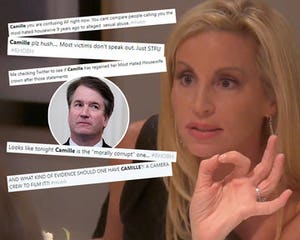 Trying not to fangirl completely over Boy George, Kyle asked the British singer (who's managed by PK) if he ever worried that a crazy fan would get up on stage and try to hurt him.

(It's important to note that during a later confessional, Lisa Rinna said, "I wish I could hide behind British humor! But no, I'm just an asshole with iconic hair and big lips.")

Dorit was among those oohing and told her husband his joke was "not fair or cool." Kyle didn't find it funny, either.

"PK, you're in the same f--king position!" Kyle fired back. "I don't wanna burst your bubble, PK, but Lisa's not talking to you!"

With attitude, PK replied that Ken Todd was "definitely" still on good terms with him, adding, "I spoke to him for an hour."

Kyle was beside herself. "I've been f--king defending you with the whole [dog situation]," she replied, giving up half way through her sentence. "It hurts me because you're in the same boat as me. I hate to burst your f--king bubble, PK."

"I'm not quite in the same boat as you," PK replied calmly. Despite Dorit's attempt to difuse the situation, Kyle had had enough and bolted out of the room as fast as she could. The others followed closely behind. 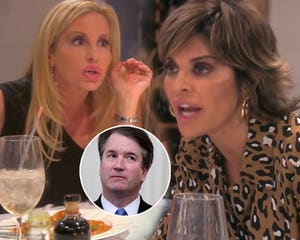 Dorit stayed behind to lecture her husband about how his English humor doesn't always translate and how he shouldn't be making jokes like that with women he doesn't know as well as she does.

"If it was a joke, and you hurt someone's feelings, then you say, 'I'm very sorry. It was a stupid joke,'" she explained. "To say, 'You can't even get along with your best friend,' diminishes what actually happened."

Meanwhile, Kyle was fuming. She told Teddi, Rinna and Camille Grammer she felt PK shouldn't be making those types of comments when his wife's the reason everyone's on the outs with LVP in the first place.

Camille said the remark "cuts deep," while Rinna said it was a "low blow." Then Dorit appeared.

"I fully understand how you feel, but I also understand in what context he meant it," Dorit said to Kyle. "He's very comfortable with you, he loves you, it was not an insult, and it did not come from a bad place. Was it in poor taste? Yes. Was it stupid? Yes. But he didn't mean it that way."

Kyle could appreciate where Dorit was coming from, but Teddi was a little less understanding. 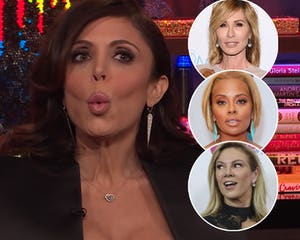 "That doesn't matter!" Dorit shouted back while putting her hand in Teddi's face. "I'm not talking about that right now. Do me a favor: Let me have a conversation with Kyle for 2 seconds."

Teddi's eyes nearly came out of her head as she whispered sternly to Kyle, "The way she just talked to me right now was so inappropriate." Kyle urged her to stay calm, but she didn't.

"Why are you yelling at me? I'm telling you how we all perceived what just happened," Teddi said to Dorit, who replied, "I'm happy for you, but first, Kyle's my friend, so if you can just give me 30 seconds! Thirty seconds without jumping in?"

Dorit said she felt Kyle's argument with Lisa had nothing to do with her and PK, but Kyle made sure she set the record straight.

"Dorit, you're 100 percent wrong!" she shouted. "If it was about Lisa and me, and I didn't know the two of you, I would've defended her blindly like she wants me to. But because I care about the two of you, I couldn't f--king do that. I had to f--king be honest." 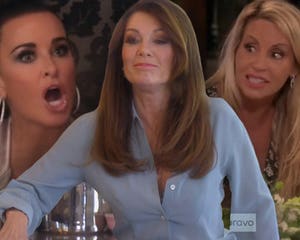 Camille -- who's never had an issue with Teddi but does butt heads with Dorit often -- went on to tell cameras she was on Dorit's side.

"Teddi and her big mouth! Know-it-all Teddi," she said. "It's not the right time to insert herself into that conversation. Period."

It should be noted that earlier in the episode, Kyle accused Camille of being wishy-washy. Hmmmmm. 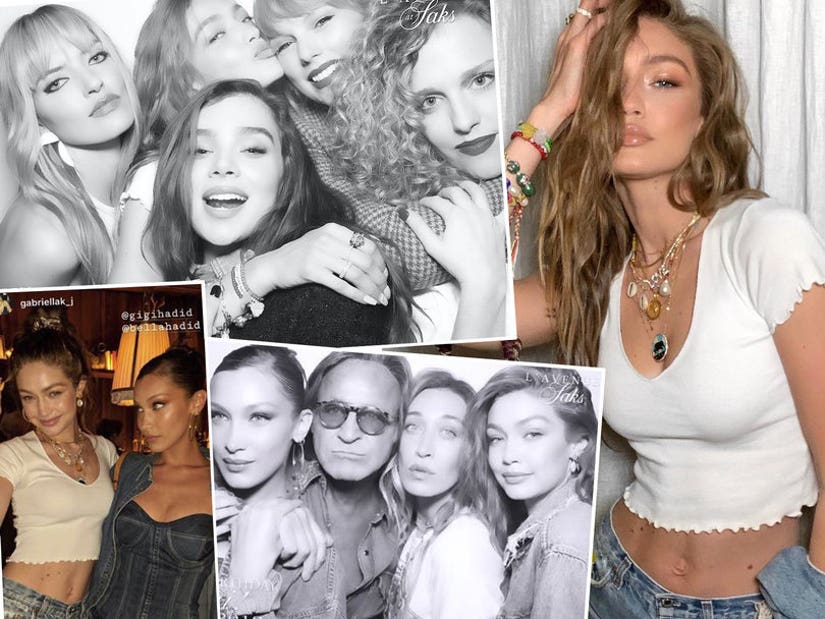