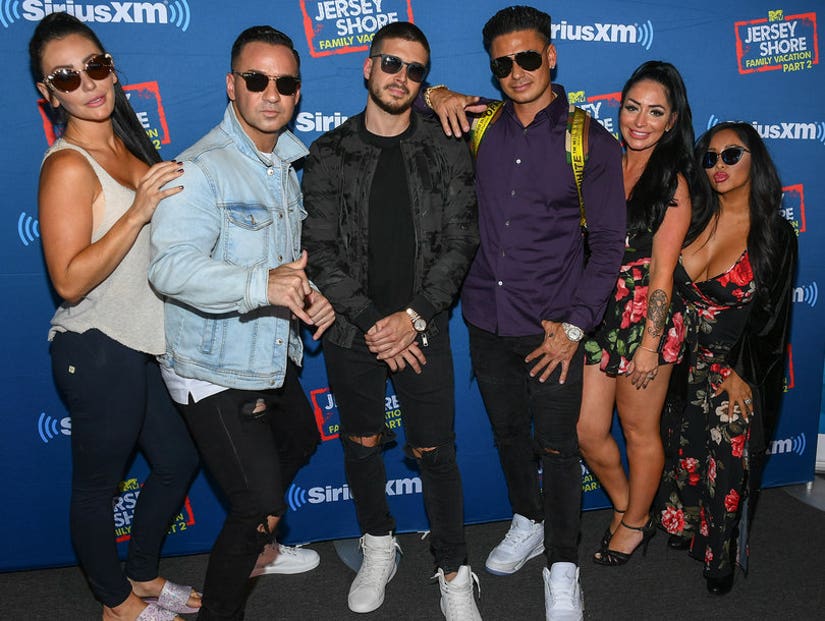 After Pauly D and Vinny stopped by earlier this month, more of Mike's GTL-loving costars paid him a visit.

Mike Sorrentino's prison sentence isn't getting in the way of those "Jersey Shore" family reunions.

"The Comeback Is Always Greater Than The Setback 🙏🏼 #FreeSitch," read a caption on his Instagram page, which showed Sorrentino looking buff as ever in his prison uniform. Lauren shared the photo as well, simply writing, "🙏🏼 #FreeSitch."

His costars haven't posted anything about the visit.

JWoww, Snooki, Ronnie and Deena aren't the first from the MTV reality show to swing by the prison, as Vinny Guadagnino and Pauly "DJ Pauly D" DelVecchio also visited earlier this month.

Sitch shared a photo from their visit on May 3, captioning the shot, "Tough Times Don't Last, Tough People Do 💪🏼 #FreeSitch." Vinny, clearly surprised by how in shape Mike was behind bars, commented on the picture, writing, "Why this dude glowing more than me and he locked up?"

Appearing on Jenny McCarthy's Sirius XM radio back in April, the boys said Mike is doing "so good" during his sentence.

"He's in such good spirits because he sees Lauren once a week, his wife, and then he has so much to come home to," Pauly added. "So he just wants to get it over with and do his time. He's happy." 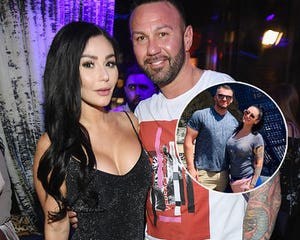