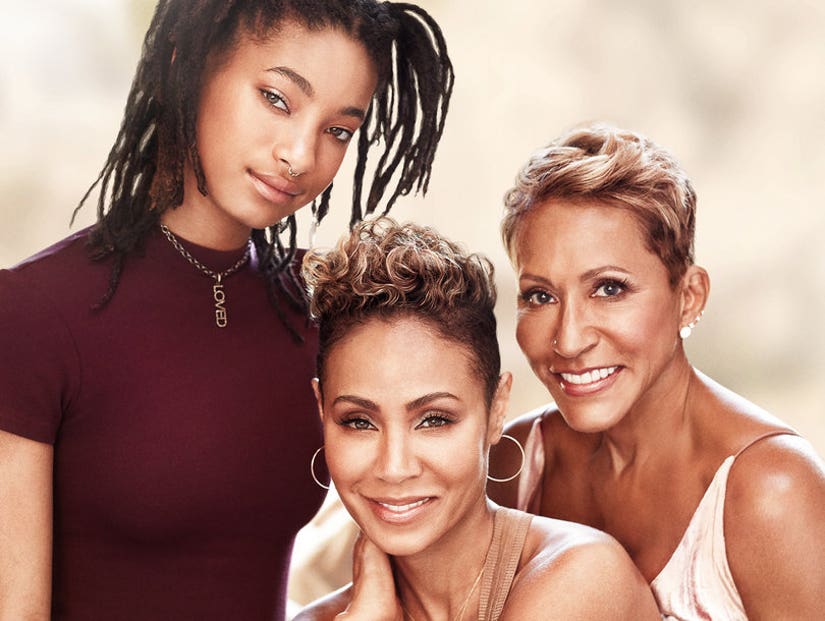 "Because of Willow's strength and courage, we were able to connect on a different level," says Jada.

In an early episode of Jada Pinkett Smith's "Red Table Talk," daughter Willow Smith revealed something nobody knew: she used to cut herself.

Jada had no idea her daughter had been self-harming -- and now says the admission sparked important conversations throughout her entire family. 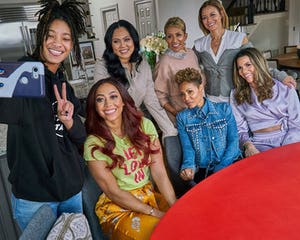 At an event celebrating the second season of "Red Table Talk" on Thursday in Los Angeles, Jada praised her daughter's bravery in being so open about the personal subject and explained how it had a ripple effect on those around them after the episode aired.

"I've had a lot of young people come up to me about Willow as well," she said. "In that particular episode when she kind of revealed about self-harm, we had people in our family that we didn't even know that felt like now they could reveal what had been going on with them because Willow did."

"That particular episode was a deeply healing episode within our internal family because there had been a few people who had been going through stuff that none of us knew about," she continued. "Because of Willow's strength and courage, we were able to connect on a different level. That was a really powerful episode for us personally as a family." 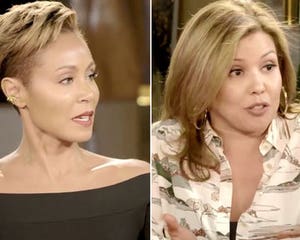 Speaking about her candor on the series, Willow said, "at a certain point, it's just kind of like, you know what, we're doing this and I'm gonna either do it or not."

The 18-year-old later said she hoped to use her platform for good, as Jada also said they created this talk show as a "safe space" for "real conversation."

"If we're gonna be in this light, if we're gonna have this platform," said Willow, "we might as well use it for something that's going to bring vulnerability, something good, more gentleness." 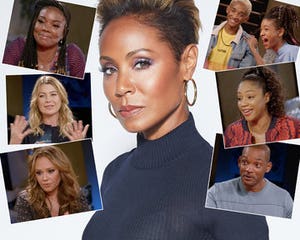 "I had just stopped doing singing lessons and I was kind of just in this gray area of, 'Who am I? Do I have a purpose? Is there anything I can do besides this?'" she explained. "After the tour, the promotion and all that, they wanted me to finish my album and I was like, I'm not going to do that."

"After all of that kinda settled down and it was like a kind of lull, I was just listening to a lot of dark music. It was just so crazy and I was plunged into this black hole, and I was cutting myself," she continued. 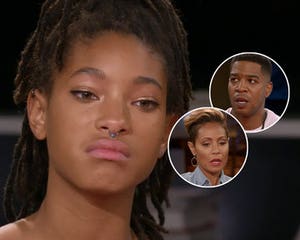 Jada was shocked. "What? Really? I didn't see that part. Cutting myself where?" the concerned mother asked, to which the teenager responded, "On my wrist. You can't see it. I totally lost my sanity there."

Willow said she didn't tell her brothers about what she was doing and only confided in one friend. "I never talk about it because it was such a short, weird point in my life," she said. "I honestly felt like I was experiencing so much emotional pain, but my physical circumstances weren't reflecting that. One night I was like, this is actually psychotic and after that I just stopped."

"That's good to freakin' know, Willow, I had no idea," said Jada. "I never saw any signs of that."