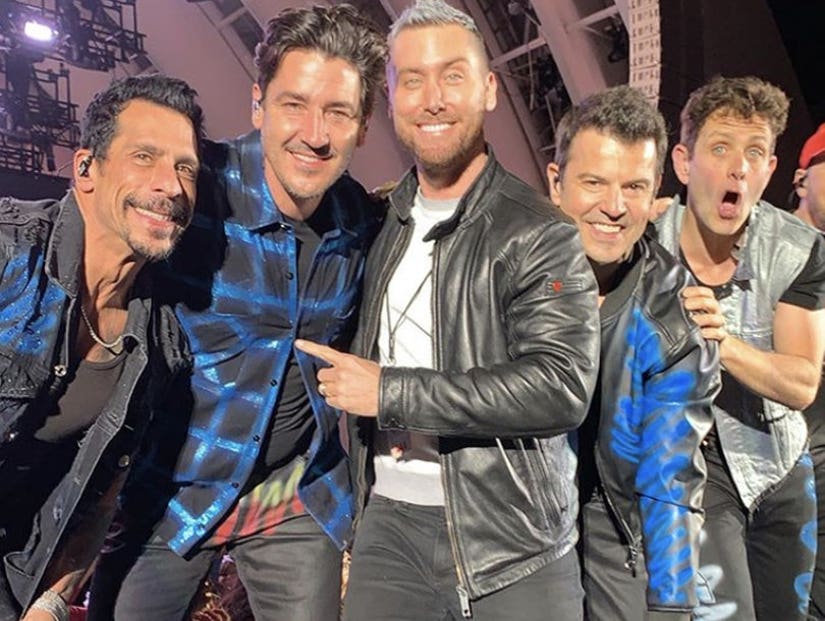 "We'll all still come," says Donnie Wahlberg, who's not wrong.

Donnie Wahlberg may be touring with the New Kids on the Block right now, but he wants to see another boy band make a big comeback: NSYNC.

On Sunday night's Hollywood Bowl stop of the Mixtape Tour -- which finds NKOTB sharing the stage with Tiffany, Debbie Gibson, Naughty by Nature and Salt 'N' Pepa -- Wahlberg put one of the "Bye, Bye, Bye" boys on the spot by calling for a reunion. 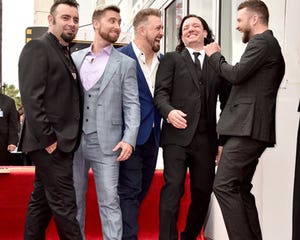 Lance Bass attended the show with husband Michael Turchin (who snapped the photo above) and was briefly brought on stage as the guys thanked him for appearing in their latest music video.

"I know it's gonna cause problems right now, but it's been a little too long without an NSYNC reunion," Wahlberg then said into the mic, as the audience lost its cool. "I'm just saying. I'm just saying."

"And if you can't get the fifth guy, do it with four," Donnie added after Bass stepped off the sage. "We'll still all come!"

Talk of a reunion tour without Justin Timberlake reached fever pitch earlier this year, after Bass, Joey Fatone, JC Chasez and Chris Kirkpatrick reunited for a performance with Ariana Grande at Coachella. The foursome sang "It Makes Me Ill" -- which is sampled in Grande's "Break Up with Your Boyfriend, I'm Bored" -- and "Tearin' Up My Heart."

When asked about a possible tour on GMA following the performance, Bass said, "You know I'm down."

"After Coachella, a lot of offers [are] definitely coming our way," he added, "but I have no idea if we're going to do anything. We shall discuss."

See more highlights from the Mixtape Tour below -- and click here for ticket information.