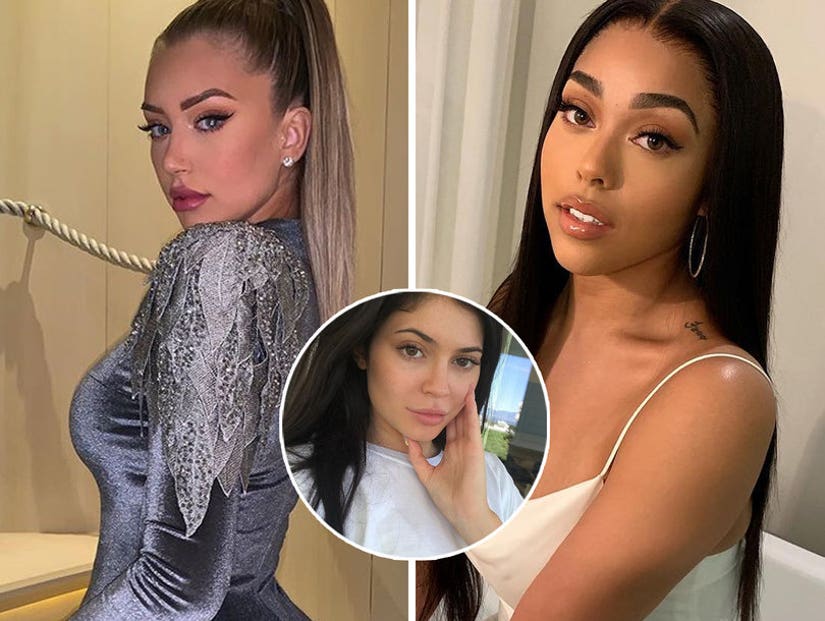 How does Kylie feel about this?

Kylie Jenner may have cut all ties with her former bestie Jordyn Woods after the Tristan Thompson cheating scandal, but it looks like the reality star's other BFF Stassie Karanikolaou is still close with Jordyn.

On Tuesday, Stassie, 21, shared a photo (below) on her Instagram Story of Jordyn, another pal and herself striking a pose in front of a mirror. In the pic, Stassie is seen sticking out her tongue as she snaps the shot, while Jordyn looks into the camera. The third female friend, who we must point out looks eerily similar to Kylie, threw up an "I Love You" hand sign.

Stassie, who Kylie has been close friends with for years, added the text, "Here we go." 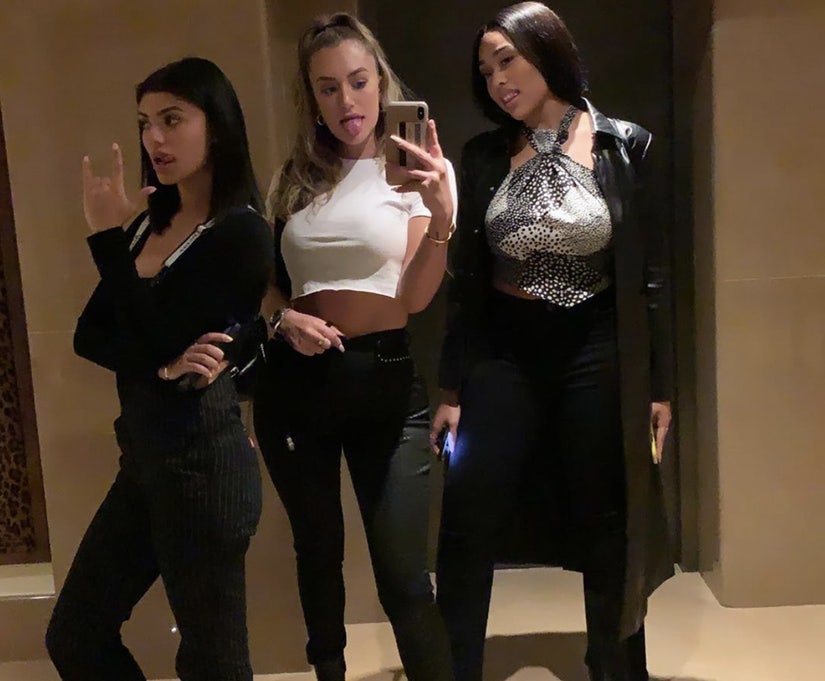 Although it's unconfirmed where the ladies were hanging out, Jordyn has been in the UK while Stassie has been in Cannes, France. Therefore, it's definitely possible the two met up somewhere for a European night out.

Following the nasty cheating scandal involving Jordyn, Khloe Kardashian and her now-ex Tristan Thompson earlier this year (you can read more about it here), Jordyn was consequently shunned from the Kar-Jenner clan and moved out of Kylie's house. 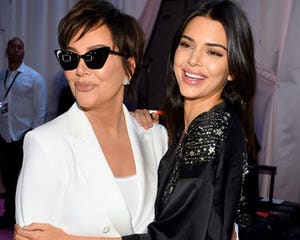 Before the drama, Jordyn was a member of Khloe's brand Good American's Good Squad and had a profile on the website. Her page was later taken down.

Stassie, on the other hand, is also a member of the Good American crew. In a Q&A on the brand's website, Stassie was asked about what she looks for in a friend. She replied, "The qualities I look for are honesty, definitely a good sense of humor, hard working, loving and charismatic."

But we gotta ask: if Kylie's current BFF, Stassie, is hanging out with Jordyn, does that mean a Kar-Jenner reconciliation could be on the horizon? 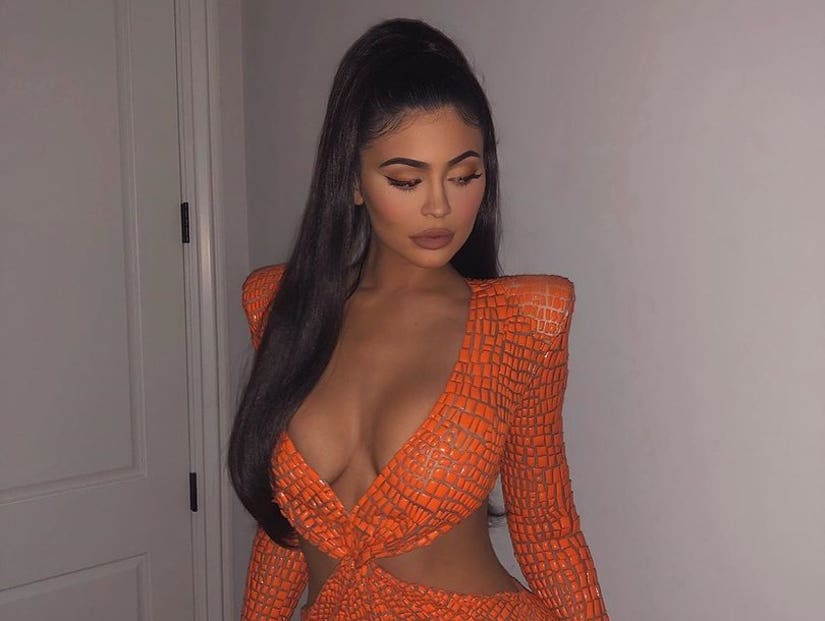