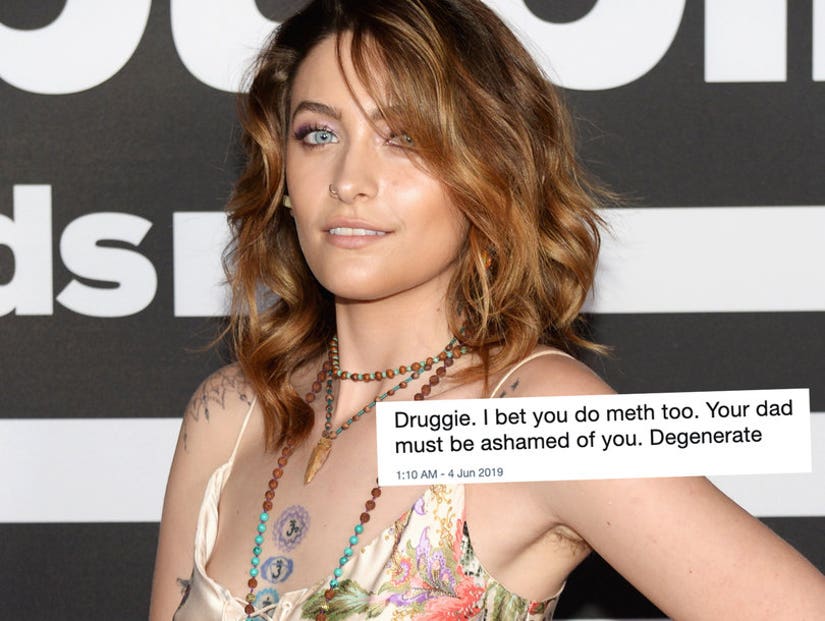 Michael Jackson's daughter claps back after her marijuana use is criticized on Twitter.

Paris Jackson schooled one of her followers on her marijuana use early Tuesday morning, after they labeled her a "degenerate" for opening up about cannabis on social media.

What started out as an innocent tweet about her love of "spaghetti grilled cheese sandwiches" turned into a lengthy back and forth with her followers about using marijuana for anxiety and depression.

After Paris was asked how she came up with that guilty pleasure sandwich, she replied "m a r i j u a n a," prompting one of her followers to respond: "Druggie. I bet you do meth too. Your dad must be ashamed of you. Degenerate."

That, naturally, didn't sit too well with Paris. 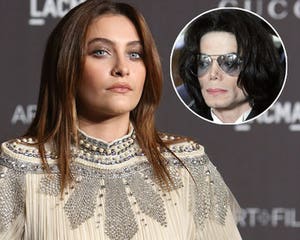 "Because an organic medicinal plant from mother earth with dozens of healing properties that is legal where I live and used to help suffering people around the world = meth," she said, retweeting the troll's comment.

In another tweet, she added, "instead of taking poisonous addictive pharmaceuticals, this incredible medicine from the earth has been prescribed to me to help with my depression, anxiety, ptsd, and insomnia."

The questions, comments and criticisms kept coming for Jackson though.

"Yeah, cuz anxiety and depression is so cool these days," one follower wrote. "But I'm curious tho what kind of PTSD do you have? Not knowing what to do and how to spend daddy's money?" 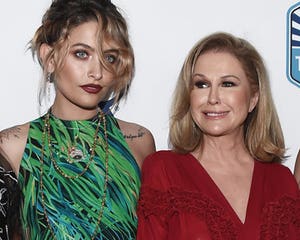 "I wasn't saying it was cool. I was explaining why I need it," Paris replied. "Mental illness is a very heavy thing that needs to be taken seriously. and for the record I have 3 jobs, I take care of myself. Don't be a dick."

Another follower said her doctor "is never helping you" by prescribing cannabis, adding, "Your great father has seen worse and he never compromise to anything but his strong will."

"He actually didn't have a problem with it. I didn't when i was younger obvs but I really doubt he would have a problem with me doing it now, especially as an adult," Paris replied. "A very good dr prescribed it to me and it has helped me with my mental issues a lot, including helping me find peace."

In response to yet another follower who said they used to smoke every day, but felt much better after stopping, Jackson said marijuana isn't recreational for her. 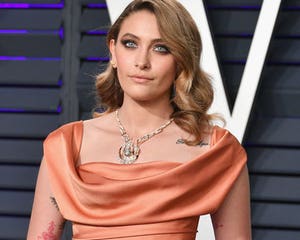 She also explained why she was being so upfront about turning to marijuana for help.

"20% of the population deal with some of the things I listed," she told her followers. "I think it's good for people that follow me to know they're not alone, and for those that have a mannequin perception of celebrities to know that I too am human."

Earlier this year, Jackson reportedly entered a treatment facility to focus on her emotional health.

"The media is exaggerating per usual.. yes I've taken a break from work and social media and my phone because it can be too much sometimes, and everyone deserves a break," she said at the time, "but I am happy and healthy and feeling better than ever." 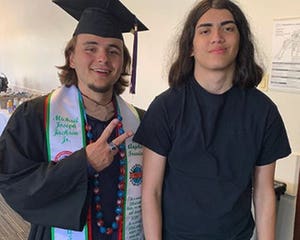