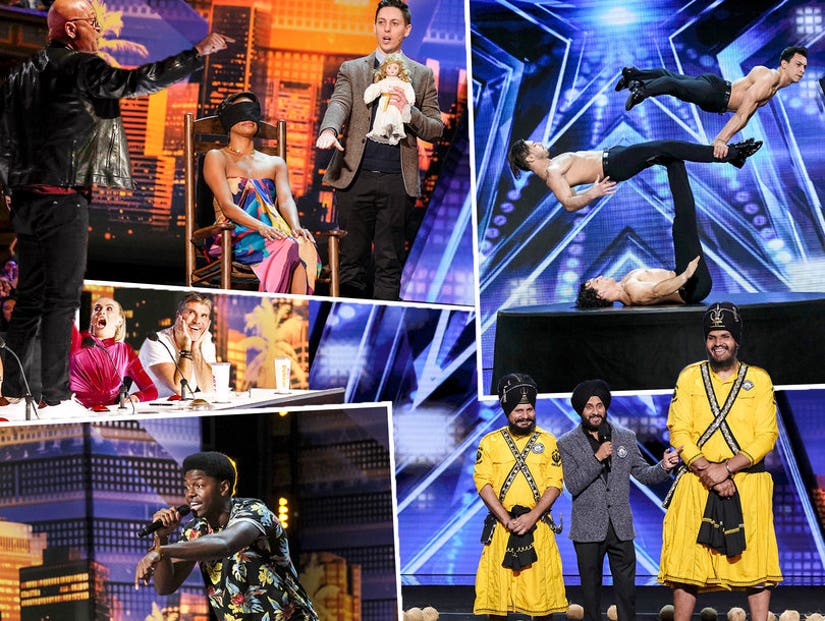 Terry Crews joins a group of acrobat brothers, while Gabrielle Union creeps out the entire audience as part of a spooky magic act.

Another powerful golden buzzer moment punctuated a night of wild auditions on "America's Got Talent."

But while the golden buzzer winner isn't likely to go viral in the same way that Kodi Lee did last week, there's a 6'7" tall Indian man who just might. He was part of one of the craziest acts ever to hit the "AGT" stage, and it's not because of his size. 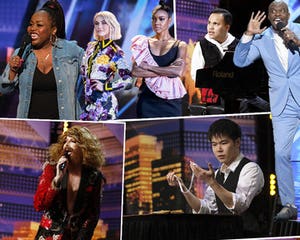 On top of that, the season brought another stand-up comedian who turned his disability into his strength, while a spooky magician had the hair raising on everyone's arms as much as Gabrielle Union was raising her arms. Terry Crews got in on another act that was all about his strength -- Tyra Banks would not have been able to do that!

This year also saw the surprise return of an act that wowed the stage two years ago, but with a generational twist you have to see to believe. And in order to see it properly, you have to first turn out the lights. 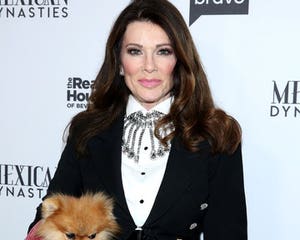 (singer) Benicio has a long history with this song already. The German "Voice" contesetant actually performed it on "Late Night" with Brandi Carlile back in 2018. He definitely needs to work on projecting consistently, even on the soft parts, as he was way too quiet through those opening bars, though. That said, he has a really nice quality to his voice and by the time he built to the crescendo, he had everyone in the palm of his hands with the maturity of his tone. The real question, though, is how dynamic he can be on other songs. But still, definitely worth taking a chance on as he's got a pretty cool vibe going and a unique quality and timbre to his voice.

(singers / dancers) This was a cute song by a cute group of kids ready for Disney Channel or Nickelodeon like yesterday. They're very polished and hip, with decent rapping and harmonies. Their dance moves are rudimentary but they performed them well. This is a group of pre-teen girls and they represented the enthusiasm and optimism of that stage in life perfectly. Plus, they wrote and performed and choreographed that themselves? Pretty solid stuff, young ladies!

(contortionist) This guy started off with an awkward charm, but elevated into pure hilarity as he passed his way through a toilet bowl seat and a tennis racket. We've seen mind-blowing contortion and creepy/terrifying contortion, but Jonathan added real humor to it, making the whole spectacle a hoot from top to finish. In other words, he made his talent into an act and a show. 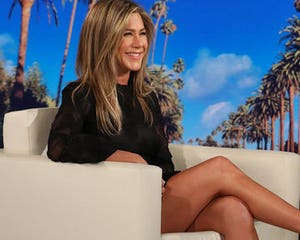 (singer / comedian) So Adaine came out and performed Nat King Cole's "Unforgettable," but she did the duet version with Natalie Cole and she performed both parts. It was a hilarious visual as she donned one of those half-male / half-female costumes, but the vocals were on par and perfectly in tune for both parts. Each perhaps lacked a little in punch and control and that unique flavor that makes a voice special, but the fact she did both sides and did them well was certainly ... well, unforgettable.

(comedian) Ryan has a solid enough delivery, but he's definitely a little rough around the edges stil as a comedian. "AGT" has had better on the show before, like Preacher Lawson and Samuel J. Comroe and Vicki Barbolak in recent seasons. There's a rhythm and cadence to good comedy, like a musical act, that he hasn't quite honed yet, but he definitely knows how to turn his disability on its head with some very funny jokes about it. The raw talent is there, but it's not enough to win.

(dance crew) From Light Balance two years ago to the next generation, literally by the same founder. And just like the original, so much of the success of this act is in the lighting tricks. We still wish they got more creative with their storytelling, but there is something compelling about watching the ripple effect, and they did a nice job of sending two of their (not) Iron Men flying into the sky. 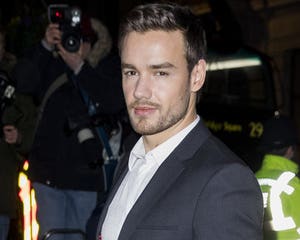 (dancers) This massive troupe of high school dancers did a high-kick routine in front of "Bring It On" star Gabrielle Union, so no pressure there. Their timing and formations were just impeccable. This is world-class talent like "AGT" has rarely seen. This act could compete on a dance competition show and do well. The synchronicity was out of this world, and their ripple effects absolutely mesmerizing. It was stunning to watch from every camera angle they found and truly magical. These girls clearly work extremely hard, and it paid off for sure here. Howie, though, found them short of the Rockettes, but these guys were really quite remarkable. Now they just need to try and tell a story and make an emotional connection through their choreography and they'll get Howie on board.

(danger act) RIght away before they'd even begun, this three-person act from India had our stomachs in knots. Salt in the eyes, a 7'6" giant lying on the ground surrounded by coconuts and melons and a giant metal hammer ... wielded by the guy with salt all over his eyes. It was a pretty simple act, but with seemingly wild hammer swings and the fruit in very close proximity to the giant's body and head-- Just wow. It was truly remarkable how exciting they made this.

(magician) So that was totally surreal and also very cool. Gabrielle Union, blindfolded and sitting in a chair reacting each time a doll is touched as if it was her being touched. Not sure how Nicholas pulled it off -- though I'm sure many of you have your theories -- but the bottom line is that it was a very chilling performance played to perfection by Nicholas. He has a very cool stage presence and sold every bit of that perfectly. 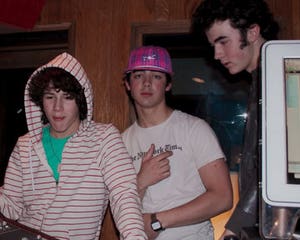 (acrobats) This trio of brothers did some hand-to-hand balancing tricks we've never seen before. The balance is incredible, and the trust you can only get from family. It helps that they are ripped and had the crowd drooling all over their chiseled physiques. They're incredibly strong, talented, unique and utterly transfixing to watch what they do. Then, after getting four yeses, they brought even more with an assist from powerhouse Terry Crews -- let's see any other former house be able to help in this way.

(singer / songwriter) Before hitting the stage, Joseph made Terry promise to run out and pick him up if he got a golden buzzer. That's confidence! But then he just blew this audition out of the water with an original song written about this audition. It was audacious and cocky and beautiful. He sang the chorus, he rapped the verses and even had a spoken portion and every bit of it was presented beautifully. On top of that, the writing for the song was fantastic. He really earned every bit of that confidence, and the golden buzzer Howie gave him by literally climbing on the table and stomping on the button. In his defense, Joseph did say he wanted to see what footprints he could leave behind in this world. 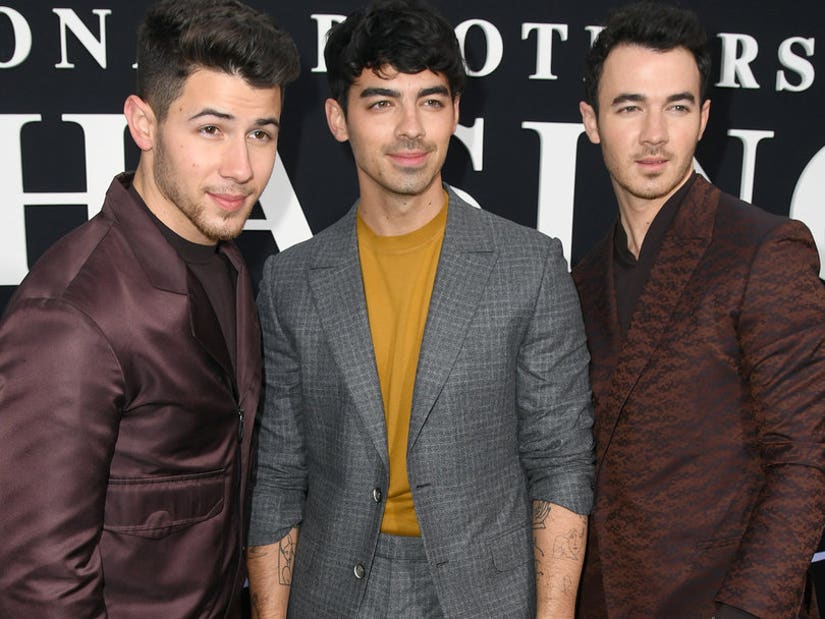