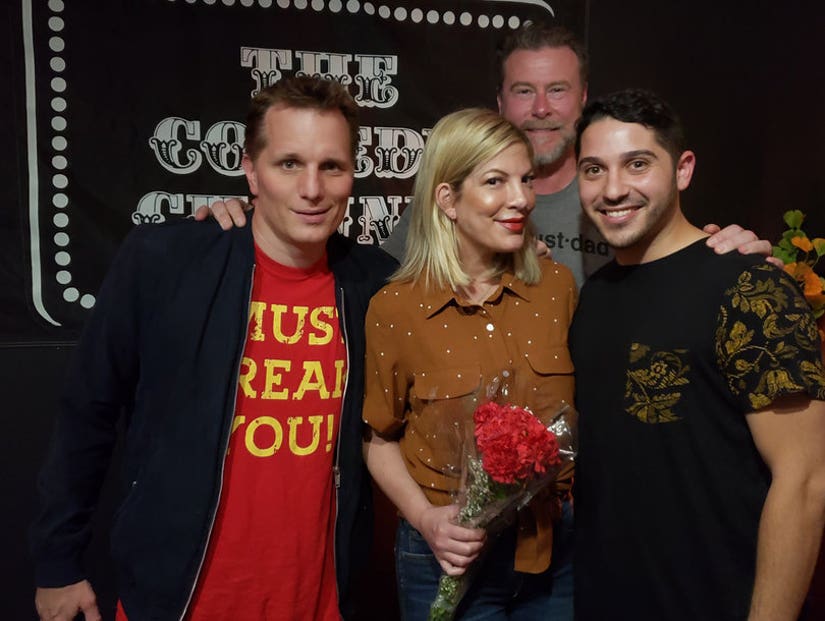 In the debut episode, Dean and his cohosts tackle everything from strippers to Dean's affair.

Dean McDermott is getting in on the celebrity podcast game, alongside comedians Adam Hunter and Nicky Paris.

"We let our guests be themselves. We don't want to bring up anything salacious with them -- we're open and nothing is off limits for us -- but we're fairly respectful of our guests," McDermott told TooFab. "We know a lot of celebrities who will come on the show, we want them to feel comfortable, like they're hanging out with a couple buddies and have a good laugh." 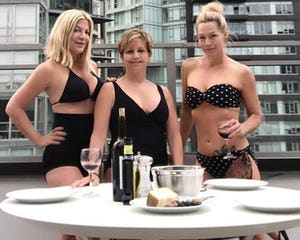 Proving the "nothing is off limits" mantra between the three hosts in Episode One, McDermott openly discussed his affair during a discussion about a Cosmopolitan article titled "I'm Cheating on My Husband Because He Refuses to Go Down on Me."

As one of his cohosts noted, "She's cheating and she has two kids? I don't like this girl at all," Dean spoke from his own experience.

"I can't say that. I've been there. I've cheated and it's so not about the person you're with," he explained. "In this particular case, it happened to be or that's her excuse, I think there might be more wrong with the marriage than him not going down on her. For me, it wasn't about T, it was about inadequacies with myself. I felt so bad about myself, I felt like a piece of shit, I needed to do that to feel some kind of power."

"It came out on Christmas Eve. A friend sold the story. It both came out through the publicist to both of us at the same time, this person is going to the press," he continued. "It was horrible and I'm an asshole piece of shit for doing it and our relationship is better than ever."

"That was a rough Christmas," he added, "but we came out through the other end." Cue some comedy to break the tension as one cohost asked, "Did you get her a really good present for that Christmas?" 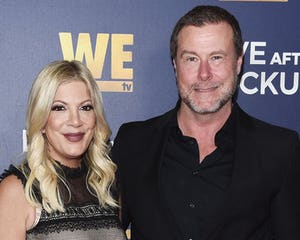 Being able to joke around a little and have that sense of camaraderie between the three is something Dean said made him feel like it was a safe space to broach this subject in particular.

The lifestyle podcast comes from three guys who are all at different stages in their life. Dean's got six kids, Adam just had his first and Nicky, the show's gay voice, "still needs his dad."

"I'm a comedian and Dean came to one of my shows and we actually hit it off and Dean was like, 'Hey I want to get into standup comedy,'" Adam told TooFab, explaining how the show came to be. "So I was mentoring him, helping him, he's a hilarious guy and then we started spending time together and Nicky runs my show at the Dime Bar, he's a fantastic host and we all hit it off."

"We're going to be the next Jonas Brothers, the next trio in town," joked Nicky, "so watch out!"

"It's a good fit to talk about parenting and stuff," said McDermott. "And we thought, if we add Nicky to the mix he'd add a really cool and different perspective to parenting in our lives and Nicky still needs his dad."

"What really makes this podcast so special is we really have three different outlooks and whether you're parenting or you're not, we know what it's like to have a parent or be in a situation with your parents. There's something for everyone," Nicky continued. 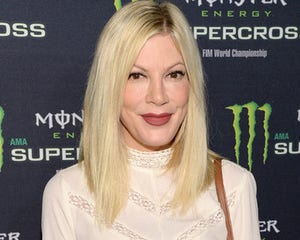 It's not all jokes and fun banter, however, as the guys all teased an upcoming episodes with Jay Mohr that really surprised them.

"Jay Mohr was on talking about depression and every episode there's something different," teased Nicky. "We show a really vulnerable side to each guest."

Tori will also appear on a future episode. "We basically talked about being parents of six. We talk about our relationship," explained Dean.

"It was really nice, because I used to watch 'Tori and Dean' all the time because I was dating a girl who was annoying and watched that show," joked Adam, "but it was really nice seeing how in love with each other they are. Tori is head over heels in love over this guy. I don't know why. It was really beautiful to see that she just wants to jump his bones."

"We just let it roll," said Nicky. "There isn't too much of a format, we come in and it's a natural flow. The flow is so natural, we should probably get sponsored by Tampax."

Listen to the debut episode below: 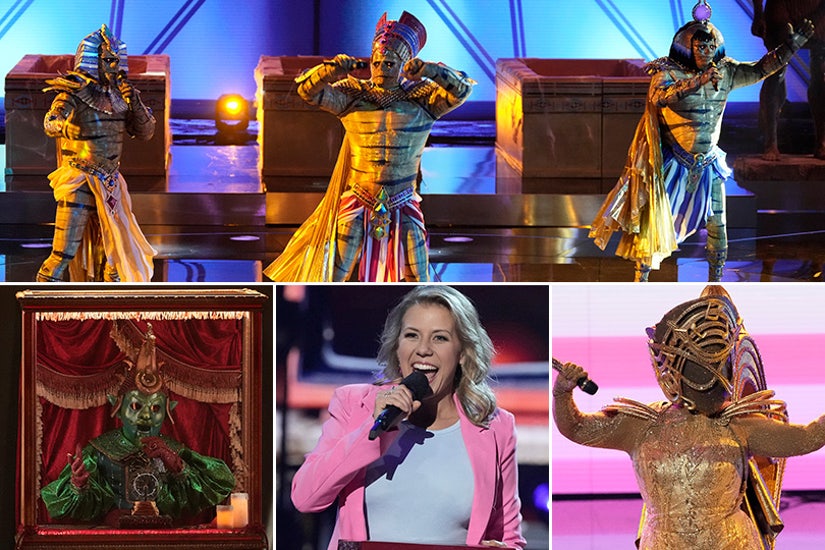 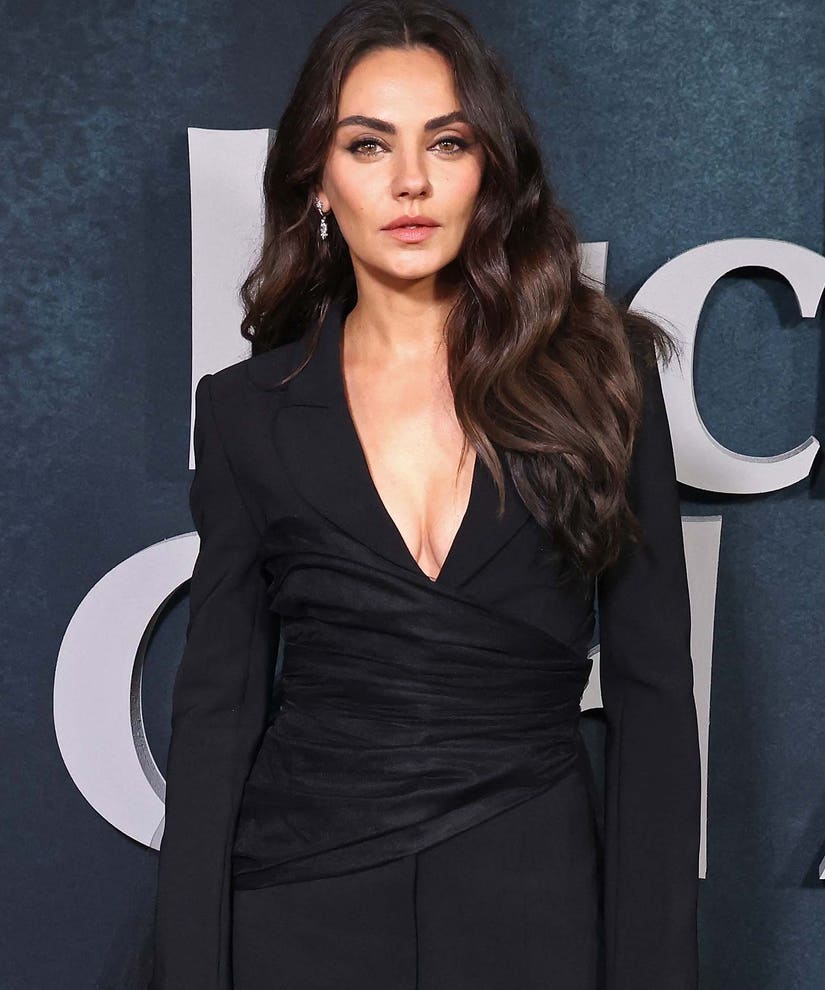 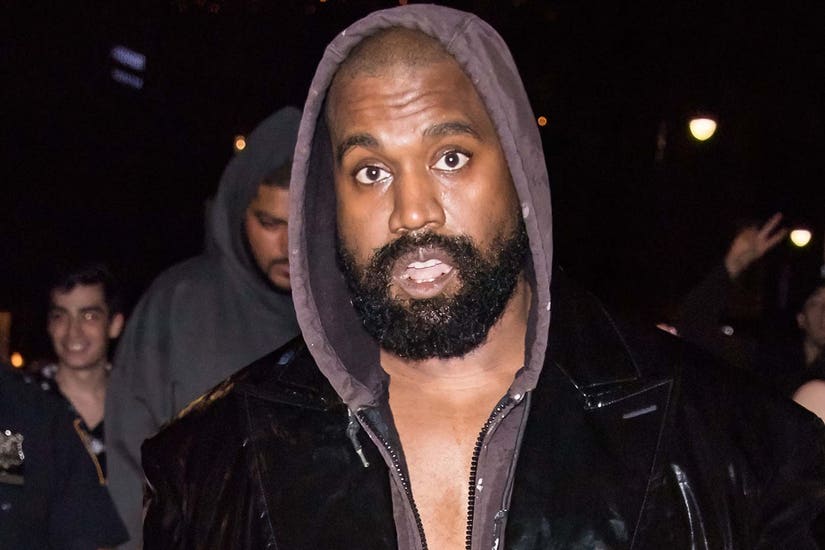