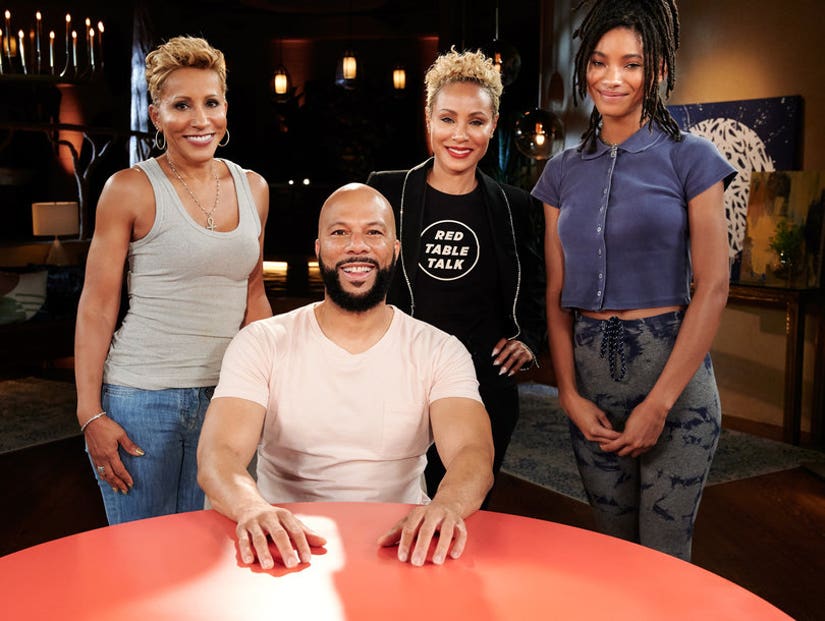 "I needed it right then and there," he says in a preview from Monday's "Red Table Talk."

Common is coming to the Red Table.

The rapper/actor is the next celebrity guest to appear on Jada Pinkett Smith's Facebook Watch series, in an episode airing Monday all about love and the problems that come with it.

In an exclusive sneak peek, the rapper is asked when he decided he needed to speak with a therapist about what he's previously described as his "love addiction."

"I was in a breakup and I remember because it was strange, I was in the car with [his daughter] Omoye and we were about to fly somewhere and I had to get in the backseat to talk in private to the therapist," he explained. "But I needed it right then and there, I was going through a pain that was just like, I gotta get this off me so I can be better for myself, for Omoye, for everything that I'm doing.

While promoting his memoir, "Let Love Have the Last Word," he opened up about his issues a little more during an interview with The Breakfast Club.

"The pattern I found myself in -- and my therapist broke it down -- was the feeling of being in love and that honeymoon period. I was addicted to that feeling," he explained.

"When that feeling would go away and the real part of the relationships came, I was like, 'OK. Do I want this or not?' I wasn't ready to do the work," he continued. "I obviously care for the person, but when things got tough and it was time to work through stuff, I wasn't willing to work through it."

In another clip from the episode, Common also opened up about wanting to get married.

"I would like to be a husband. Now I think I want that partnership, to be able to experience life where I'm growing as a human being," he said to Jada. "It's fun too. I know it's hard, also."