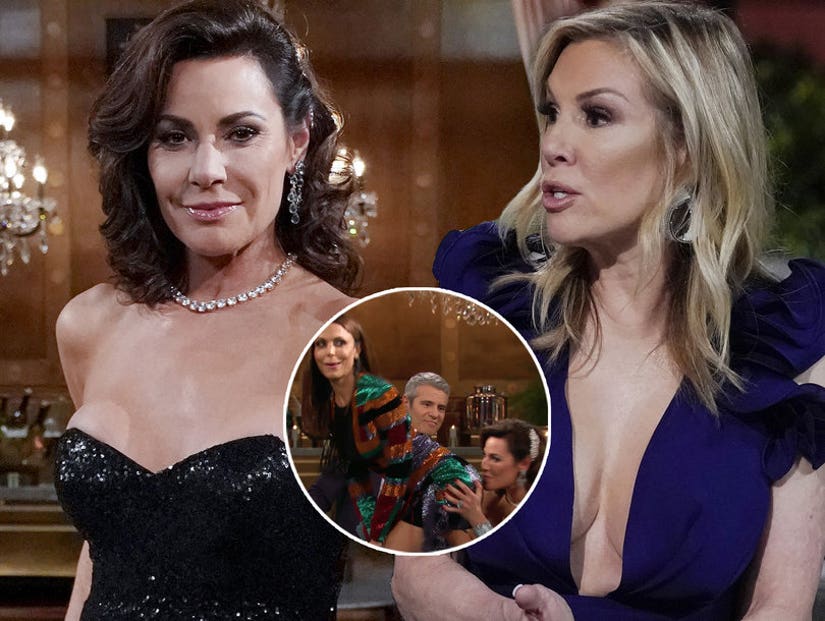 Meanwhile, Bethenny literally has her ass kissed by de Lesseps.

The first preview for this season's "Real Housewives of New York" 3-part reunion just dropped and while nothing will reach the heights of Bethenny Frankel's Miami meltdown, this still looks all kinds of intense.

The biggest confrontation teased here is one between Luann de Lesseps and Ramona Singer, after the Countess confesses she slipped on her sobriety. Lu, who's still on probation for her 2017 arrest and should not be drinking, admitted to having two mimosas earlier this year.

"As you know, I slipped," she tells Andy Cohen in the clip. "You failed yourself," Ramona shoots back. After Luann asks for a break, Singer shouts, "I'm not gotta give you a f--king break!"

In the preview, Barbara Kavovit shades her friend's cabaret performances, saying, "You are not Adele, Luann" -- and Lu also has to answer for the "fish room" drama with Dorinda Medley. She's also seen seen literally kissing Bethenny's ass.

The Countess isn't the only one feeling the fire though. Bethenny tells Ramona she sounds "like a moron" and accuses Tinsley Mortimer of living outside of New York City, while Singer also has to face her horrible comments about Frankel's late ex, Dennis Shields.

Here's how the three nights will break down, according to Bravo:

The season finale of "RHONY" airs tonight on Bravo.