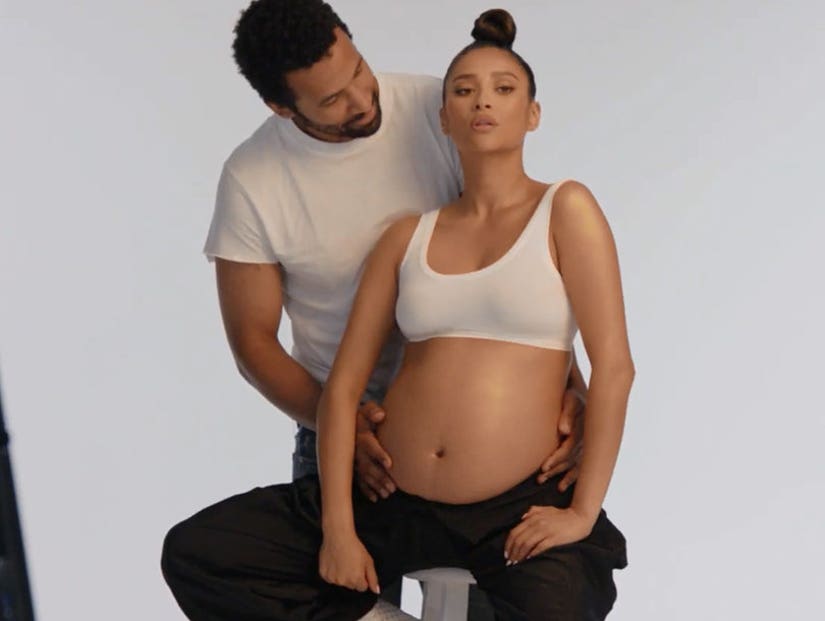 The "Pretty Little Liars" star shows off her bump for the first time -- and she's a ways along!

The actress announced the news on Friday with an Instagram post of her growing belly and a YouTube video chronicling some of her pregnancy journey so far. The father: "Entertainment Tonight Canada" host Matte Babel, who she's been dating since 2017 and can be seen posing for pregnancy photos with her in the video.

"When you're in the public eye there are some things you want to keep a secret until you feel ready," Mitchell says in the clip (below). "This, for me, has been the hardest."

"I didn't want to come out on social media so early on," she explains. After "months of hiding" her stomach, she adds that it's been "a really lonely journey."

"I think pregnancy is awesome for the most part, but it's also really f--king lonely," she explains. Now now, the 32-year-old actress says she's finally feeling "extremely confident ... because I have my baby growing inside me."

On New Year's Day 2019, Mitchell revealed she had a miscarriage last year while sharing a series of Instagram Stories highlighting some of her favorite memories of 2018.

"We all have to deal with various struggles and challenges in life. And sometimes it's easier to only showcase the good times on social media, which is what leads many people to criticize it for its lack of authenticity," she then wrote.

"Having so many people follow me on Instagram and read my posts is both incredibly humbling and hugely uplifting," the actress continued. "The support and affection that so many of you show me lifts me up during even my darkest days, one of which happened last year after I miscarried and lost the child of my hopes and dreams."

"In the spirt of the new year, I think that we need to remember that we are all on this journey together -- in good times and in bad -- and to remind ourselves that we seldom really know or understand the struggles and hardships that other people are going through," she continued. 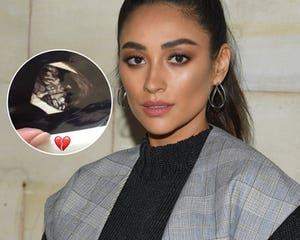 The caption for Shay's announcement video today expressed more excitement about the baby-to-be.

"There is something in the oven and it's not my pizza!!! WOW... It's kind of surreal processing the fact that another human is growing inside of you," she wrote. "It's exciting, nerve-racking, difficult and emotional all at the same time. Everyone waits for the right time to make the announcement and for me it wasn't until I couldn't hide it anymore and was tired of wearing over sized sweatshirts."

"We're beyond excited and looking forward to starting a family," she added. "I've learned so much about myself and parenthood over the past 6 months, and feel like I haven't even scratched the surface! It's going to be a wild ride!!"

The video ended with another announcement: a new series, "Almost Ready," is "due" July 17. The bi-weekly YouTube Original Series will chronicle Shay as she "eats for two, continues the endless hunt for non-alcoholic wine and lathers herself in every oil known to man on her journey to motherhood."