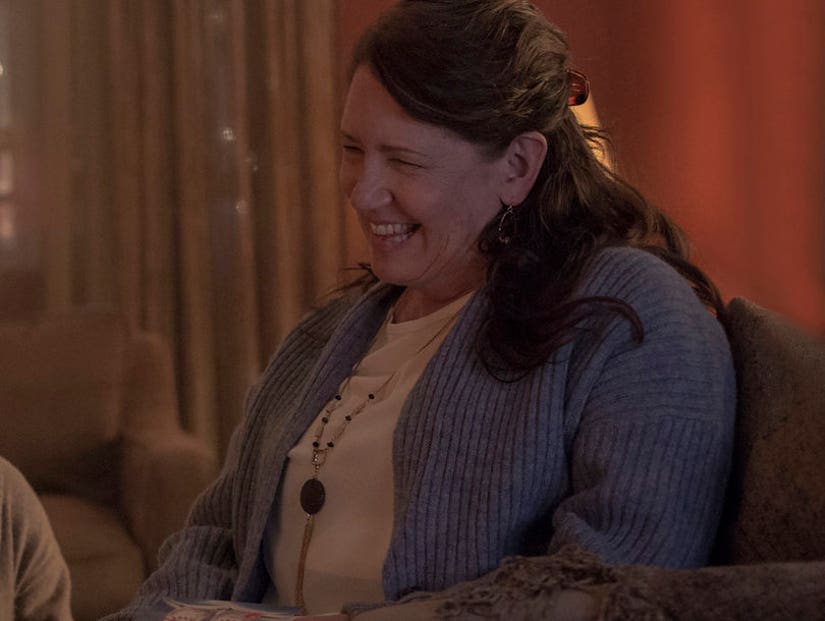 It's almost more disturbing to see the marvelous Ann Dowd's tyrannical character happy and smiling ... for all that it lasted.

It only took two and a half seasons, but finally "The Handmaid's Tale" finally delivered on the secret origin of Ann Dowd's frightfully complex Aunt Lyida with a flashback episode of her own.

The character we've been trying so desperately to understood was laid bare and exposed, revealing the life she led shortly before the Gilead takeover. In those moments we were able to witness the final destruction of the person she was and the genesis of the Aunt she would become. And we're honestly not sure how we feel about it. 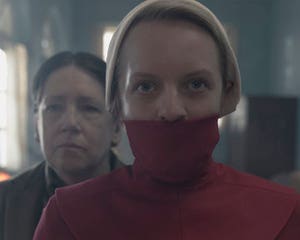 Meanwhile, in the present, June and the other Handmaids continued dealing with the fallout of Ofmatthew turning June in, costing a Martha her life and forcing the relocation of the McKenzie with June's daughter, Hannah. This one hit her really hard, because Hannah is the only reason she stayed in Gilead when she had a chance to get out.

As always, "The Handmaid's Tale" is challenging television, but stunningly filmed and acted. Dowd and Elisabeth Moss were stellar again this week, but that's come to be expected. Ashley LaThrop really stepped up to the caliber of the episode with her turn as Ofmatthew this week as things went from bad to worse for her character. 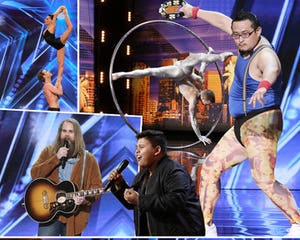 All the time we've wanted to know what happened in Aunt Lydia's life to turn her into the cold monster she is, and it comes down to the rejection of a man? Really? Okay, we're pretty sure there's a lot more to this story based on how repressed she was at the start of the flashbacks, only pulled out of her shell in bits and pieces by hew new friend, Noelle.

But a man was definitely the straw that broke her compassion. It was her compassion for children that clearly dominated her entire life through her career in family law (before the system changed) and then as a school teacher. But the Lydia who befriended the overwhelmed single mother of one of her students is not the same as the woman at the end of their relationship.

It all comes down to the school's principal, a man named Jim. Lydia and Jim shared a mutual attraction and after much coercion by Noelle, Lydia agreed to a date for New Year's Eve. A smashing success, things only came to a screeching halt during a makeout session when Jim realized he wasn't ready to go there yet. He was three years a widower at this point.

Apparently, that was the catalyst for Lydia to stop wearing her hair down and immediately turn Noelle into the government as an unfit mother. And with the new laws about children in place, it was the immediate loss of her child for Noelle, and a loss for Lydia as well.

She was so cold in those scenes, we find ourselves desperately hoping it is a deeper pain than just Jim, because everything that is Aunt Lydia deserves a deeper genesis than the guy who rejected her because he was grieving. And certainly this show, with its strong feminine presentation, deserves a better explanation, too. 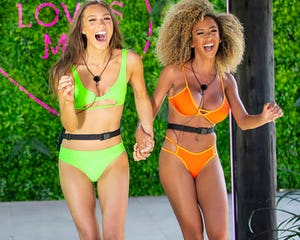 This 'Love Island' Premiere Revels in Its Ridiculousness, Its Sexiness and Its 'Genuin-ity'

Ofmatthew was not just the narc who turned June in, she also saw the tables turned on her when June turned her in for expressing a desire to not have her baby. When pressed on the issue, Ofmatthew explained that it was only momentary and because she was worried she might have a girl this time.

"I got scared," she said. "Scared of what her life would be."

That statement means so much, because Ofmatthew appears to have been the most indoctrinated of all the handmaids to the Gilead way of thinking, and yet when faced with the possibility of feeding her daughter into this system that offers them four "career" paths (martha, jezebel, handmaid, wife) -- though we think June missed the obvious fifth and sixth: aunt and worker in the colonies -- she just snapped.

And finally, Ofmatthew snapped in the grocery store, beating the crap out of Janine with a giant can, taking down a guardian and ultimately pointing a gun at Aunt Lydia. As cathartic as that might have been, there are many aunts and this would have only hastened her demise. Plus, in her own way, Aunt Lydia does protect these unruly girls in her charge. Certainly June would have been killed several times over by now.

In the end, though, it was the pregnant Ofmatthew that was shot down by another guardian, which is a win for Gilead and a huge loss for Gilead as that's another child lost. And you know Aunt Lydia is going to be none too pleased, and when she's mad you can bet it's the handmaids that pay. 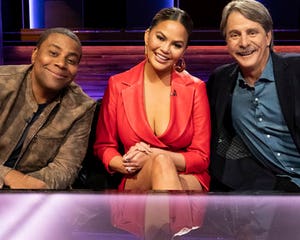 No F--ks Left to Give

One handmaid, though, seems to have reached that point beyond caring. It's a dark and dangerous place, as we've seen with a suicide bombing, suicide hangings and Emily attacking Aunt Lydia last season. When you reach the end of desperation and despair takes over, dangerous things can happen.

It looks like Commander Lawrence's refusal to offer any help to June in relocating Hannah (he says he has no idea and no one he knows has any idea), she's lost her drive and focus for surviving in this world. Now, she's acting out like someone with a death wish, someone ready to take the bullet in Ofmatthew's gun.

She had plenty of snotty attitude for Aunt Lydia when she told her to have the girls lay off of Ofmatthew earlier in the episode. Them not doing so was in part to blame for Ofmatthew's breakdown. But June doesn't care.

She mouthed off to Commander Lawrence over his wife, laying down some pretty hard truths that this world he's created is killing his wife and it's within his power to spirit her away, but he won't. Instead, he's keeping her prisoner. "I'll bet that felt good," he calmly told her after she unloaded on him. Not the response she was looking for?

We've gone down the June's given up route before, as well as the fighting, bullheaded, stupid, cocky, humbled, revolutionary and hopeful. And none of it really takes us anywhere.

Thank goodness we got more of Aunt Lydia's story or this would have been a dreadfully dull episode ... and we say that with a very dramatic death happening at its climax. It's all just happening so slo-o-o-o-o-o-ow!