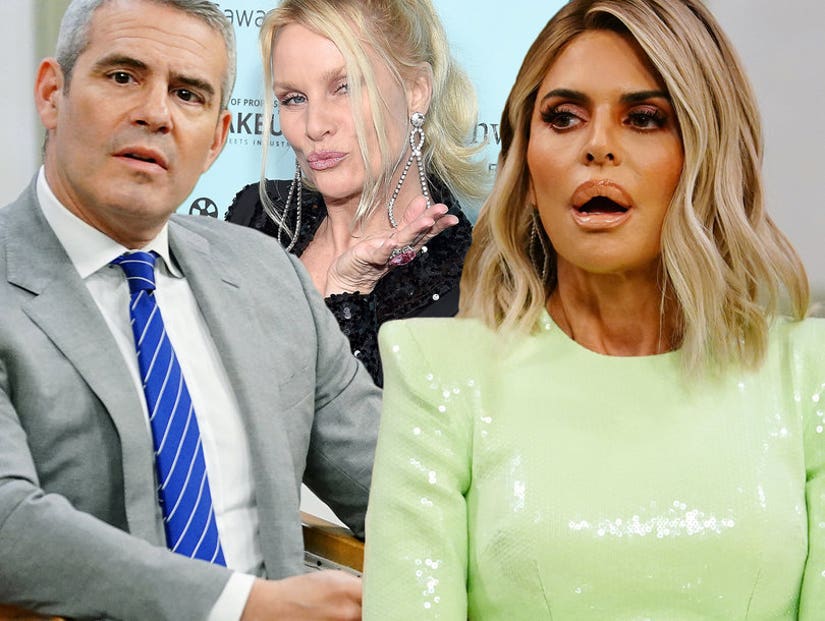 Rinna spills more on her and Harry Hamlin's complicated past with the 'Desperate Housewives' star.

Andy Cohen knows a good "Real Housewives" storyline when he sees one -- and pairing Lisa Rinna up with Nicollette Sheridan sure looks like a pretty good idea for next season of "RHOBH."

If case you didn't follow the whole Sheridan saga, here it is: She came up this season when Rinna told the women her husband, Harry Hamlin, used to be married to her. Fun fact: Denise Richards' current husband, Aaron Phypers, was also married to her! Small world.

Anyway, Rinna alleged that Nicollette cheated on Harry with Michael Bolton after a Michael Bolton concert, and naturally, a Twitter war ensued. Nicollette denied the claim, calling it "fake news" -- but, like the rest of us, Andy was "very intrigued by this." 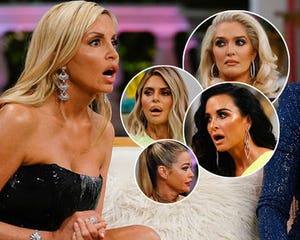 "I said that Nicollette went off with Michael Bolton after this Hollywood Bowl concert," Rinna explained on Tuesday's "Real Housewives of Beverly Hills" reunion. "So Harry was in Muskoka [Canada], and Harry woke up in the middle of the night, and he felt really strange, and he was like, 'I gotta go home,' got back to the house, and there was a love note in the trashcan."

"She's gonna tweet about this like crazy! You know she is. Honey, it's coming! Bring it on!" Rinna continued, interrupting herself. "And it was in the trashcan, and she had gone and slept with Michael Bolton that night! She was in his hotel!"

"She will deny it, but without Michael Bolton, we would not have our life!" Rinna shouted excitedly. "Thank you, Michael Bolton!" 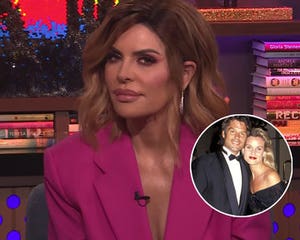 Andy mentioned that the ordeal prompted an influx of Twitter fans suggesting he bring Sheridan on the show. That's when Rinna reminded Andy that she was once married to Denise's husband, too.

"You are making a compelling case for her to be on the show!" he noted. So far, Nicollette has not tweeted about Lisa's latest comments.

After the episode with Rinna's claims first aired, Sheridan went to Twitter to deny her account. "FAKE NEWS! Harry and I ended our marriage nose to nose in Canada," she wrote. "Michael was a long time friend that was invited to our wedding...Happy Harry found happiness with housewife @lisarinna." 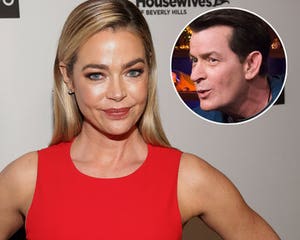 Lisa also addressed the feud on "Watch What Happens Live," where Cohen noted that Sheridan started following him on Twitter. "I bet she did," Lisa shot back, "She probably needs a job. Was that shady?"

Responding to TooFab's article about Rinna's comment on "WWHL," Sheridan tweeted, "I have a proposal...gimme a minute😜" 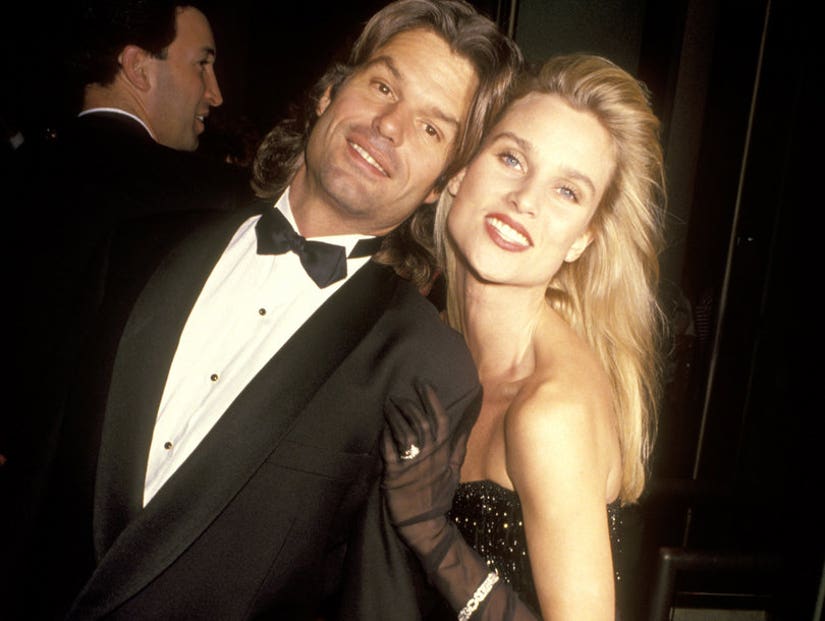