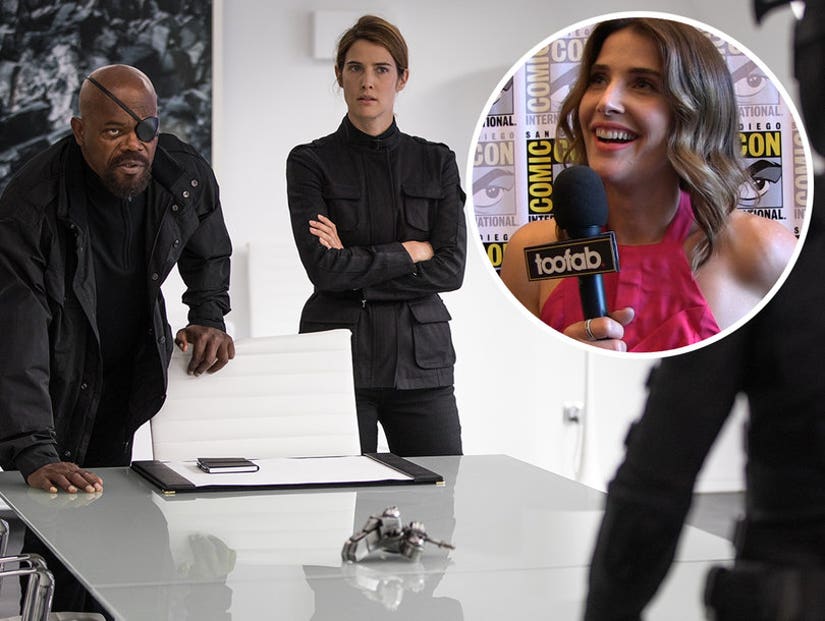 That being said, she "loved" it.

Warning: This post contains major spoilers about "Spider-Man: Far From Home" -- continue at your own risk!

Fans weren't the only ones who were surprised by that post-credits twist involving Maria Hill and Nick Fury.

In case you missed it and don't mind being spoiled, the final scene of the movie revealed the two agents were not who they appeared to be. Instead, they were actually shape-shifting Skrulls Talos (Ben Mendelsohn) and his wife, Soren (Sharon Blynn) from "Captain Marvel." It's not known exactly how long they have been taking the place of the agents, but does explain how the two were so easily tricked by Mysterio throughout the film. 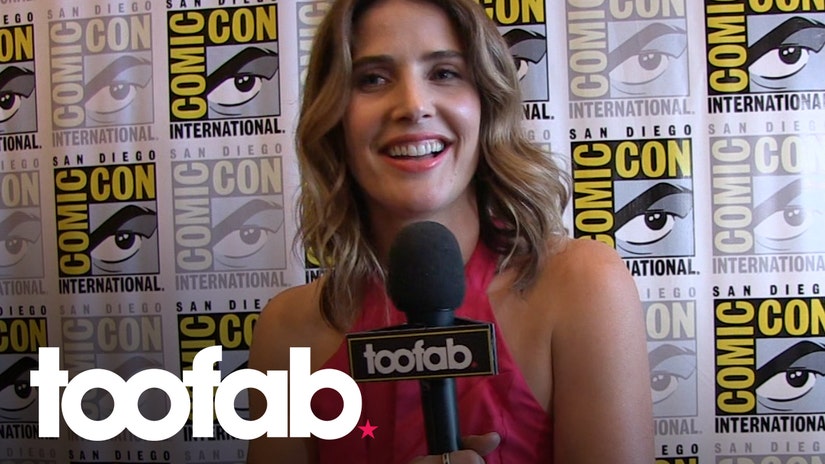 While it was later revealed Fury has been in space -- perhaps building S.W.O.R.D.'s new base of operations -- Hill's whereabouts remain unknown. TooFab caught up with Hill herself, aka Cobie Smulders, at Comic-Con on Thursday, where she spilled on the fakeout.

"I learned about it maybe a couple weeks before it happened," said the actress. "It was a very last minute addition and I loved it. I love the twist of it. I wonder what Maria's doing right now. I'm sure she's gettin the job done somewhere."

The Marvel star was at Comic-Con to promote her upcoming ABC series "Stumptown," an adaptation of a graphic novel which finds her playing an army veteran turned private eye in Portland. In the trailer for the show, she's seen kicking some serious ass, especially during a fight scene which takes place inside a car.

"The scene in the back of the car was one of the more challenging ones and I thought it was going to be a piece of cake because you're sitting, right?" said Smulders, who had just shown off her muscles. "You're like, I'm not fighting, I'm not kicking. But that was the most challenging because you're in a weird position to be trying to angle up anything. So that was really the most difficult ones."

As for how she trained, she said there were "a lot of drills" on punching, hitting, kicking and generally just staying in shape. Though she has the muscles to show for it now, she also joked, "I want a burger so bad!"

Her character, Dex Parios, might just be able to give Maria Hill a run for her money too. When asked who would win in a fight, she thought Dex might just have the upper hand. "She's just a scrapper," said Smulders, who concluded that it may just end in a draw.

"Spider-Man: Far From Home" is out now. "Stumptown" premieres September 25 on ABC.