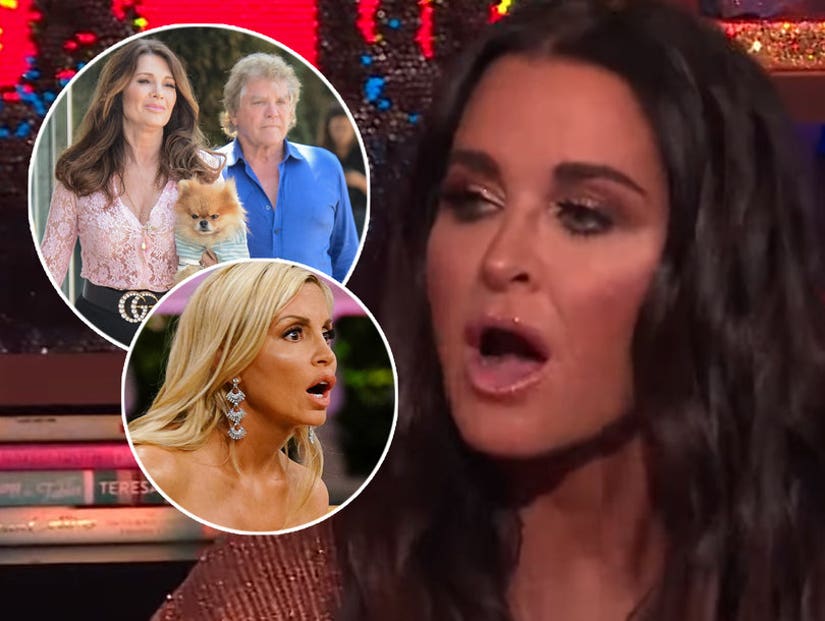 The "RHOBH" star also claims Lisa Vanderpump did a practice run of the lie-detector test before telling production she wanted to have it filmed.

Kyle Richards is not too happy with Ken Todd's recent diss of the entire "Real Housewives of Beverly Hills" cast, nor is she feeling the warm and fuzzies toward Camille Grammer over the latter's claim that Bravo forced her to invite her co-stars to her wedding.

Kyle stopped by "Watch What Happens Live with Andy Cohen" following an absolutely insane reunion episode (which we had to break up into two recaps which you can read here and here), where a caller asked her how she felt about Lisa Vanderpump's husband going off on the women for choosing to make Season 9 about PuppyGate instead of about their "lawsuits, rehab, business misdoings and bankruptcies." 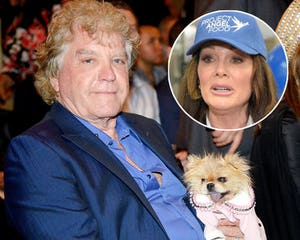 "Ken was saying that we're all wanting to talk about PuppyGate because we don't wanna talk about what's really going on in our lives, but honestly, I think that Ken wants to talk about everything that's going on with our husbands' lives and everyone else just because he doesn't wanna talk about what really happened at the beginning of the season with Lisa and the dog coming out at Vanderpump Dogs," Kyle explained. "We're supposed to talk about what happens between the women on the show and our relationship. Our husbands, our children, did not sign up for this show; we did, so that's what we talk about. And we talked about with Lisa what happened on camera. And we're supposed to be honest; that's why we're here."

When Kyle was asked what it would take to fix things with her former friend, she said, "I always have room to fix things with someone that I have cared about so much. Lisa's very different like that than I am, but for me, it would be probably a lunch, a conversation, honestly. And that would be the first step."

"People who have spent their entire life treating life as a game and 'winning' at it have had lots of practice," she wrote in a series of tweets. "When I was told to go to Vanderpump Dogs way back at the beginning of the season, I knew right away what was going on. I was brought there to unknowingly be a part of making Dorit look bad for entertainment purposes I suppose. Trust me, I know you think she didn't need much help. I read the comments, see the [perception] of her from people that have never met her. But that's part of reality television. You get to decide who you like, love or hate. Even though we have never met in person. We 'signed up for it.'" 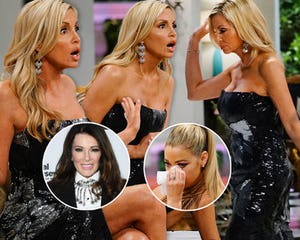 "Dorit made a mistake. She should have turned the dog back into Vanderpump Dogs. There is no disputing that," she continued. "Maybe it was the $5,000 return policy that made Dorit think finding a good home for Lucy on her own was a better choice. I don't know. I only mention that because Ken referenced it in his 'birthday tweet.' I do know that a dog not working out in someone's home does not make them an 'animal hater.' And I am an animal lover. Now let's get back to what the #RHOBH is about and Ken's 'birthday tweet.'"

"Ken is angry because the cast 'bullied' Lisa when she was going through a hard time. Forgetting the fact that being honest isn't bullying AND the fact that I resisted using any adjective in that realm when Ken got up in my face," Kyle added.

"It's ironic to me that Ken said in his birthday tweet that we were all talking about Lisa and what she did because we didn't want to talk about what's 'really' going on in our lives. Let's talk about THAT...we talk about what is going on in our GROUP. Amongst the women in the cast," she went on. "We talked about something that happened ON CAMERA. Something that couldn't be ignored because it changed the dynamic of the group. Our children and husbands are not signed up or paid to be on the show. Sorry, Ken - Only women the get to hold [a diamond]."

"Over these 9 years we never discussed Ken's and Lisa's lawsuits (one came up briefly last year and I actually defended Ken and shot it down) we also never got into Lisa's family, where she comes from or her background," she added. "It seems Ken bringing up all of this stuff is to distract what started all of this in the first place. But bringing up things that are not relevant to what is going on in the group is a cheap shot. Especially when bringing up what someone's child has gone through. Once again, they did NOT sign up for this. Where Ken is right is regarding comments Camille made about Lisa on camera that were mean and humiliating. Did we laugh? Yes. Nervous laugh. Like when you laugh in church - when you know you shouldn't laugh but you can't help it."

During part 2 of the reunion, Camille proclaimed to her castmates that it was production that forced her to invite them all to her Hawaiian nuptials. Kyle was particularly hurt by the statement considering Camille asked her to be a bridesmaid, but she told Andy she knew for certain that Camille wasn't forced to do anything.

"First of all, we all know -- we all know -- that that's not true," she said to Andy. "They can't make you invite anyone to anything, so it was really a slap in the face. We all really do have the option to go if we're invited to something or not. We left our families, and it was a slap in the face! I was asked to be a bridesmaid. I thought I was -- I was touched!"

At the end of Tuesday's episode, Camille stormed off the reunion set, ripping her mic and dress off in the process, claiming she had been "set up" to look bad. When Andy asked Kyle on "WWHL" if she felt that was true, she said no -- and so did 73 percent of the audience.

"It's not being set up. We're on a show. We're supposed to be talking about how we feel about a certain situation. Obviously, we're gonna address things that she said and did," Kyle insisted. "That's not a setup." 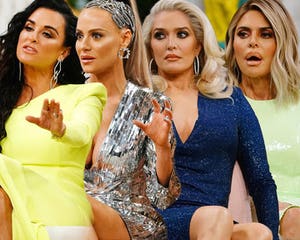 Camille addressed the whole wedding-invite debacle in her weekly Bravo blog post, which she posted this morning. She confessed that, "despite what I said on the show, I invited all of the ladies to attend as I valued my friendships with each of them. None of them were obligated to attend and I do appreciate the fact that they traveled to my destination wedding."

While Camille's post mostly trashed Teddi Mellencamp for being "up Kyle's ass," and "less sophisticated" Denise Richards for her "scowls, snarls, frowns, eye rolls and negative body language," she also took a moment to address why she asked Kyle to be a bridesmaid.

"While I have had my differences with Kyle over the years, we have developed an ability to work through our problems," she wrote. "Teddi compounds the problems, intrudes into other people's relationships, and makes things worse not better. Her comment that I was not sufficiently friendly with Kyle to ask her to be a bridesmaid is ridiculous and an example of her deficiencies and pretend civility. How would she know? She has been Kyle's friend for less than 24 months. It also reveals her nastiness towards me and supports the fact that she snubbed my daughter at the airport which she did." 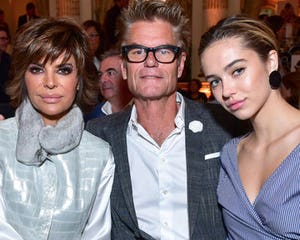 On Twitter, Kyle addressed Camille's claim that Kyle said off camera that LVP has bad breath. She also defended calling Camille two-faced and doubled down on her reunion comments about how Camille just says whatever will receive the least amount of backlash from Twitter trolls.

"I don't even want to repeat what she claims was said or what she said that night because to keep putting that out there is mean and keeps fueling the fire," Kyle wrote in a series of tweets. "I will say that if I had said the things Camille CLAIMS I said on camera, it would have been used. TRUST ME."

"We don't get away with anything around here. Have we shared things off camera? Of course. Everyone of us have said things off camera. But saying something on camera that has nothing to do with what's going on in the group and is just a mean, reckless comment that would humiliate someone is a low blow," she continued. "Camille came into the Reunion guns blazing. I honestly do not know why she was so angry. We of course are going to address the stuff she said and did. That's what the Reunion is about."

"When she constantly contradicts herself I find myself thinking 'doesn't she know there are cameras? This is going to be played back!'" she added. "Camille, in an attempt to distract from her actions, pretends she thinks we just were mad she said nice things about Lisa. That way she can get a little support from trolls. By calling us Mean Girls. She uses twitter as a gauge to see what the audience thinks and throws out things she thinks people will support her about. Like I said, some people work hard at the game of life. Especially when they have been doing it so long. The way Camille treated everyone was mind blowing. Denise looked utterly shocked and hurt. And I don't know what I did to Camille to warrant that behavior."

Kyle concluded, "The only thing l have said about Camille up until now, is that she plays both sides of the fence and is a people pleaser. Both things that she admits to herself. So yeah, this is not Lifestyles Of The Rich and Famous. This is reality. With all the bumps and bruises that come along with it. Moe, excuse me while I prepare for what backlash is coming my way for being honest. Until then ... check mate!"

Andy also shared with his audience a sneak peek of the third and final part of the Season 9 reunion, which will air next week. In the clip, Kyle reveals that she found out Lisa actually did a practice run of the lie-detector test before telling production she wanted to have it filmed. According to Kyle, Lisa wanted to make sure she could pass the test off camera before getting Bravo involved.

"My daughter -- she had a friend whose family was burglarized -- and detectives had the construction workers go down to take a lie-detector test," Kyle explains in the preview. "She said, 'Your mom's friend, the lady with the dog, is down here.' This was before production filmed it. That was the practice run, then she later told production, 'I wanna do this.'"

Andy asks, "Why do you think she did a trial run then?"

"To see if she could pass," Kyle replies. 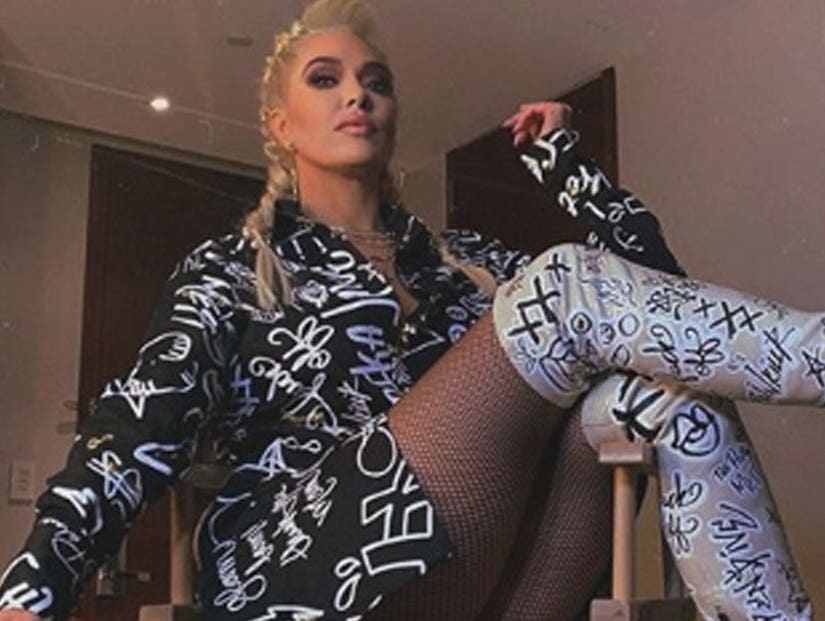 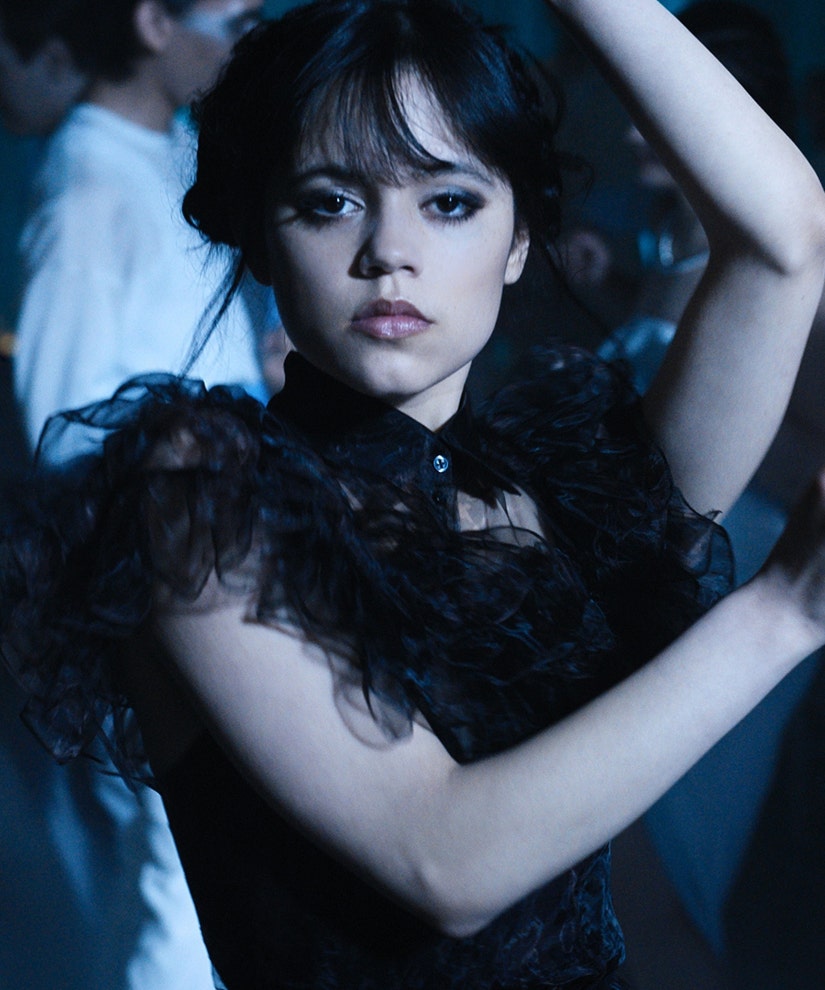 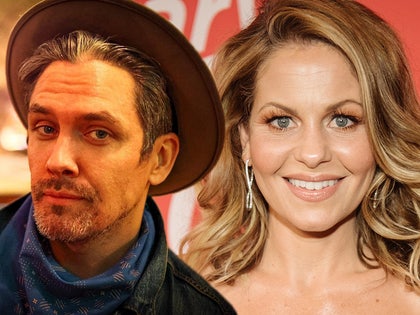 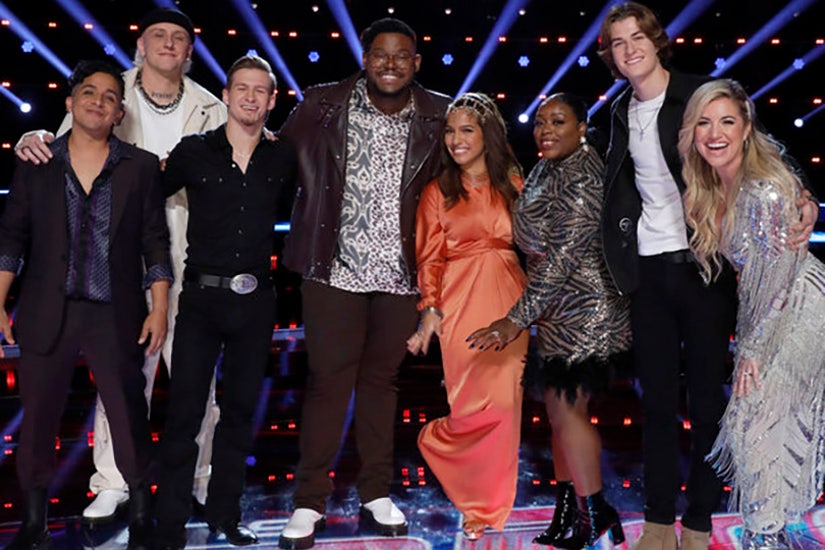