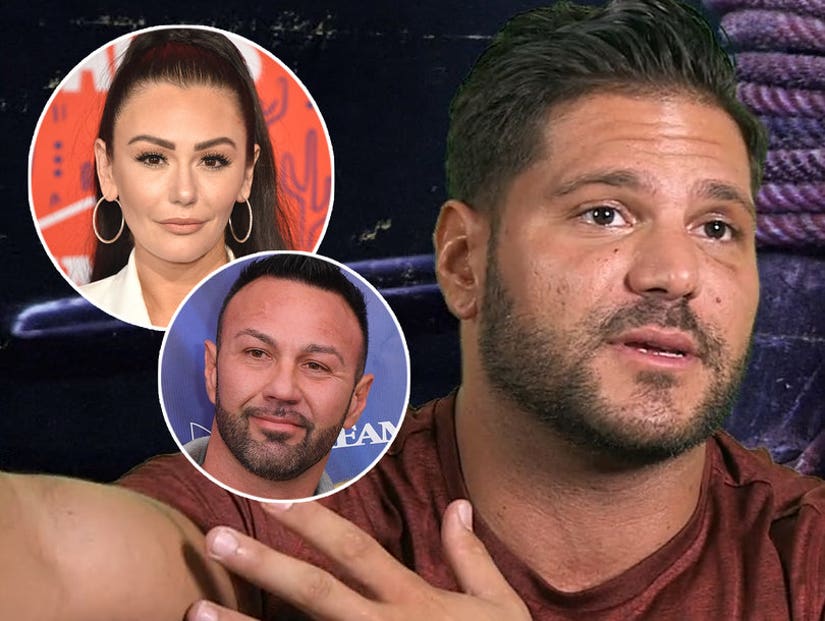 "That's why me and Roger [Mathews] are so close 'cause we've been dealing with the same person," Ronnie vents.

Thursday's "Jersey Shore: Family Vacation" was mostly incredible because the roommates threw Mike "The Situation" Sorrentino a surprise bachelor party at the dude ranch they were still at.

Mike was probably more nervous than we've ever seen him as lingerie-clad strippers twerked all over him, but he was a good boy and kept his hands to himself. He said he didn't want to disrespect his queen. Be still our hearts!

When "Laurens" got there, Mike cried, Lauren cried, Jenni "Jwoww" Farley cried, TooFab cried, even Pauly D cried! It was the most tender moment we've seen on this show in a very long time. 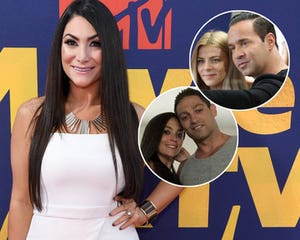 Ronnie Ortiz-Magro, however, was still fuming over the fact that Jenni refused to discuss her divorce with him or anybody else with cameras present. Last week, when Ronnie asked how things with estranged husband Roger Mathews were going, Jenni said they were fine before quickly dismissing herself. This week, while Mike and Lauren were crying and hugging and loving all over each other, Ron and Jenni found themselves at the bar.

"Yeah, I don't have that. Swear to God," she said to Ron, referring to the love between Mike and Lauren.

"But that's how you fell in love, right?" Ron asked. Jenni shook her head no and said, "We'll talk out of here."

"That's not how you fell in love?" he asked again. Jenni said no, adding, "I don't want to be on camera with this, either."

"We're gonna talk," he insisted, but Jenni fired back, "No, we're not talking about it!"

Deena Cortese was nearby and said to Ronnie, "Don't do that here." He responded, "She does it to me," telling the camera that all he wanted from Jenni was transparency. 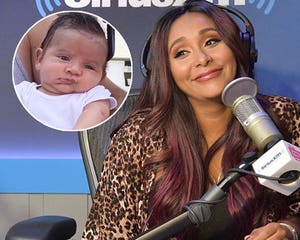 After the festivities, the group headed back to enjoy s'mores by the campfire. Jenni told everyone she had to leave super late that night to head back to Jersey because her son, Greyson, had a doctor's appointment the next day.

Once everyone said their goodnights and goodbyes, Ronnie vented to Angelina Pivarnick about his frustrations with Jenni. And when we say he vented, we mean he vented.

Angelina noted that if she were going through a divorce, she'd reach out to her friends for help.

"That's why I tried to talk to her earlier at the bar without you guys," Ronnie replied. "I pulled her aside, like, 'How are you? How are you dealing with it?' And she just, 'I don't wanna talk about that here.' I was like, 'So when do we talk about it?' 'Uh, just, later.' Like, okay? I'd rather you talk about it, whether it's good or bad, at least I know you feel something. You acting like you feel nothing? That doesn't work for nobody ever. Like, when me and Jen [Harley] fight, and she acts like -- that makes me more mad. You know? Be real." 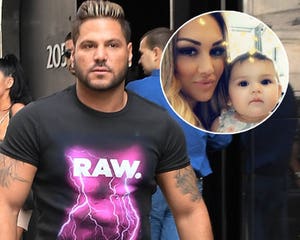 "How do you deal with someone that's f--king fake and not in touch with their emotions and not communicative?" he asked rhetorically. "Like, I get it. That's why me and Roger are so close 'cause we've been dealing with the same person, where it's like, we're not asking for much, we're just asking for real-life emotion. That's the worst thing ever, to be with somebody and not know how they feel. Like, you might as well be with a f--king corpse."

Ronnie concluded his vent sesh by bringing it back to himself and his relationship with his baby mama, saying, "This shit doesn't make me happy. Putting myself in such a vulnerable position. My shit was everywhere with Jen. That was my fault 'cause I did the f--king Instagram thing, and it was dragged on. And you know what, it might break us, and it might make us stronger, but at least I know I was f--king real."

Ron got even more candid during his confessionals.

"I would love for me and Jenni to have a moment of where I can talk to her and maybe have her confide in me, but every time I try to talk to her, she goes silent," he told the camera. "And you just file for divorce and like, 'Oh, let's go to a dude ranch!' No, like, it doesn't f--king make sense. You just want transparency. Like, let's look at the other people that are not being transparent. We are family. We're roommates. We bounce off each other. We're here to support each other. When I was going through shit, everyone was so worried, and they wanted to talk about it. So why isn't everyone worried about Jenni going through a divorce? It's like, how are you going through a rough time, and you don't wanna confide in nobody? What the f--k? I'm done. I'm over it." 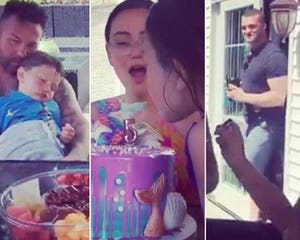 But he continued, "I'm just at a point where there's a lot of stuff starting to bother me. I give a f--k, but I don't give a f--k. We all know stuff about each other, and it just seems like everyone just wants to put my shit out there, but at the same time, ignore Jenni and what she's going through out of respect. It just shows that there's a lack of respect that they have for me and my life because, when shit was going on with me and Jen, everyone wanted to talk about it. Like, I was their entertainment."

"I'm not trying to be disrespectful, but Jenni wants to brush it under the rug and make believe like it doesn't," Ron added. "Jenni just acts like everything in her life is f--king peaches and gravy, and she just wants to judge everyone else and their relationship and tell Angelina, 'This is what you should say, what you shouldn't say,' and, 'Ronnie, this is what you should do.' Like, bitch, you ain't perfect! We definitely all are going through our own stuff, and it's real-life shit. We're not kids anymore, so it's like, I guess we do tread lightly sometimes, but I feel like people don't tread lightly when it comes to me. It's all the f--king bad memories that I had to go through is a joke to everybody else. Like, that's not real friendship, and I know what real friends are." 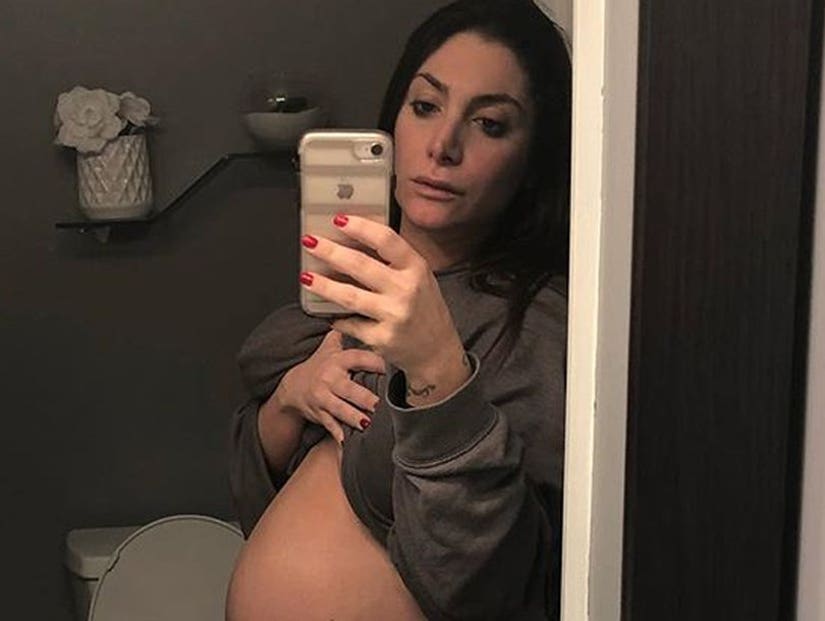 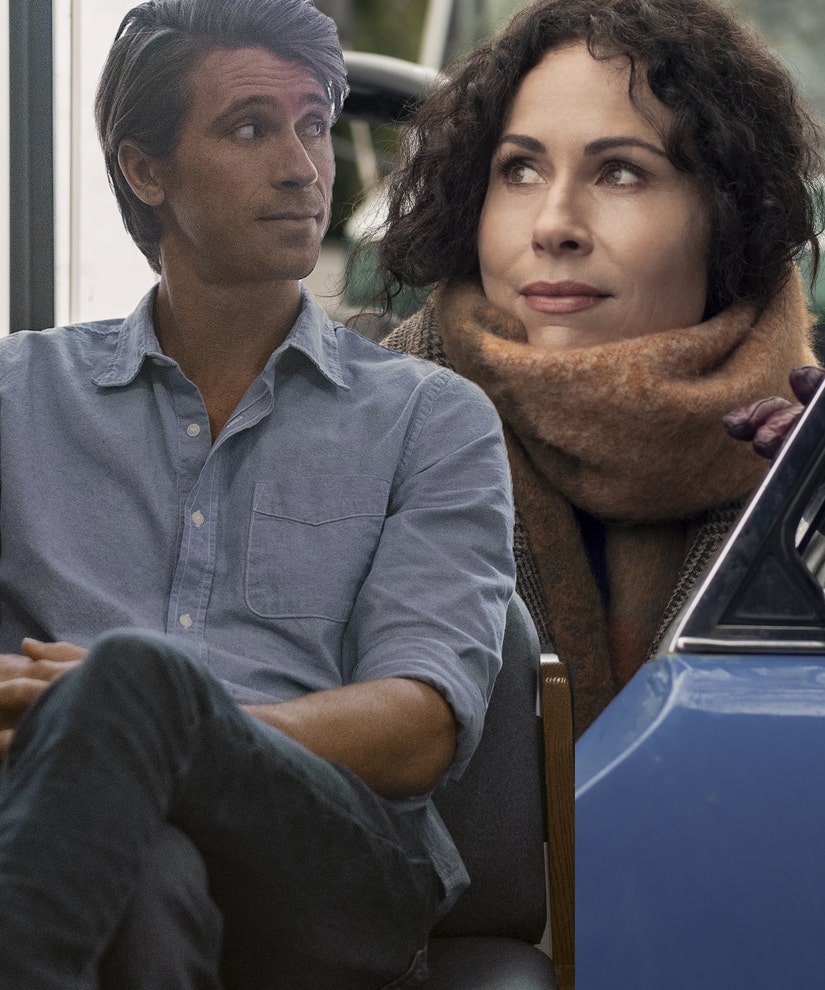 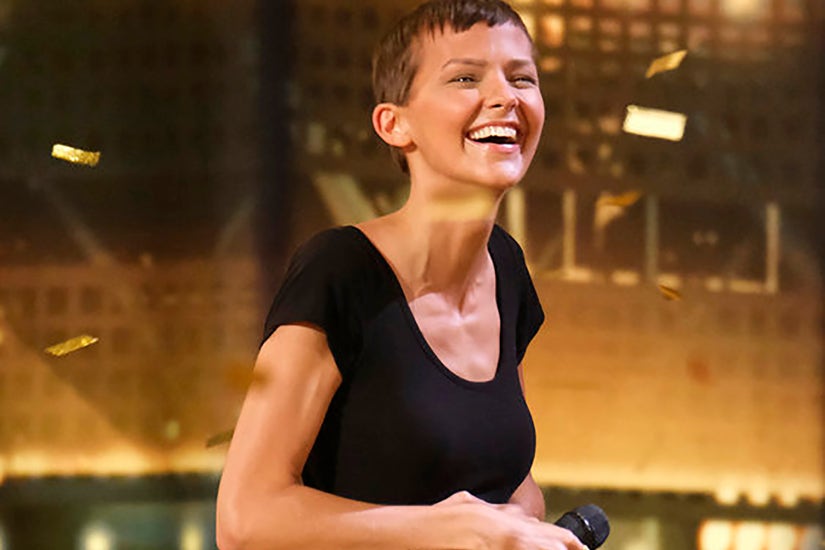 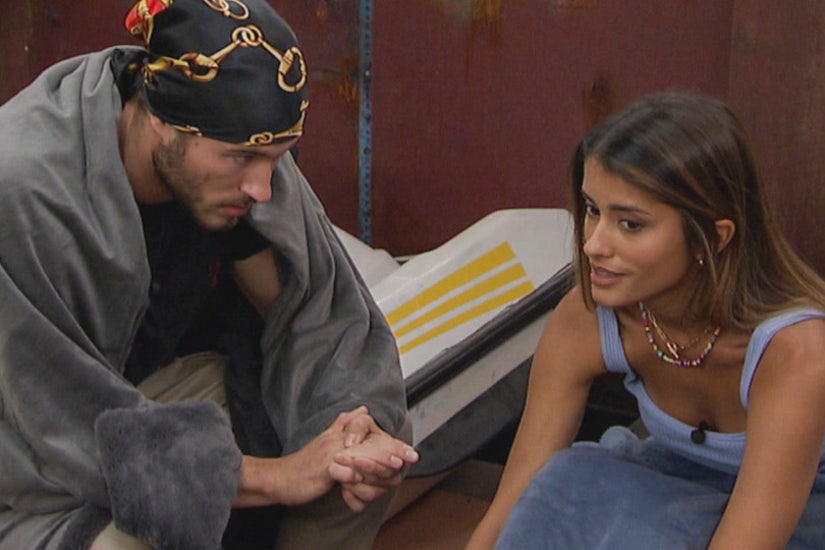