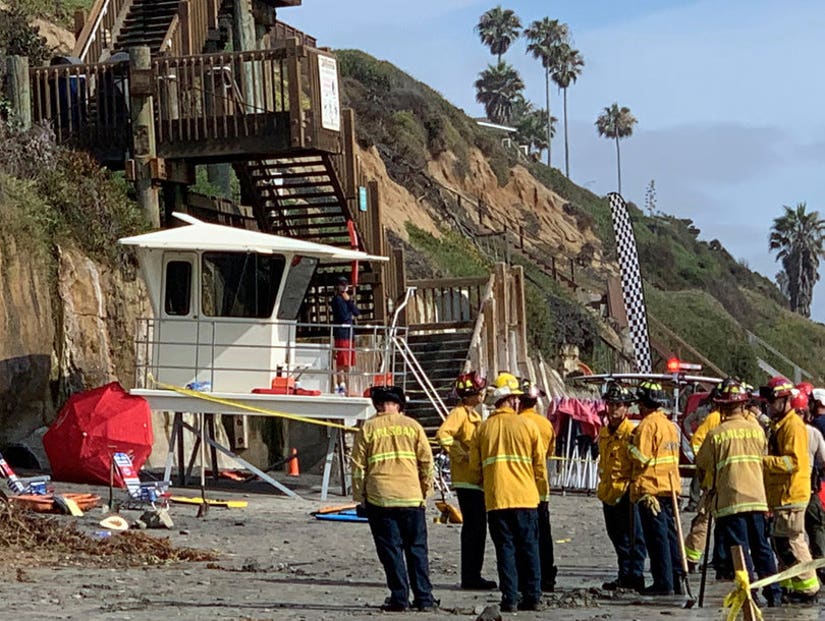 An eyewitness of the aftermath called the collapse "gut-wrenching."

Three people were killed and two others injured after a cliff collapsed at a popular San Diego beach on Friday.

According to officials, a woman was declared dead at the scene, while three other victims were taken to local hospitals. Two of them have since died. A fifth injured person declined treatment.

"It has now been confirmed that two of the three victims that were transported to local area hospitals earlier today have succumbed to their injuries," a statement from the city read. 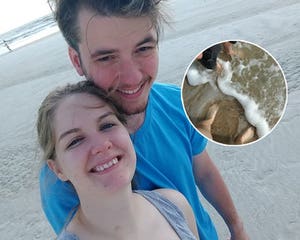 The City has confirmed that two of the three victims that were transported to local area hospitals earlier today have succumbed to their injuries. This brings the total fatalities from this incident to three. Beachgoers should continue to use caution when visiting beach areas. pic.twitter.com/sTQdhQZIKh

San Diego County Sheriff's Department Lt. Greenwald said deputies were called to the 1700 block of Neptune Avenue at around 3PM to help those who were trapped from the toppling terrain, according to NBC San Diego. The collapse occurred near Grandview Beach -- an access point to Leucadia Statement Beach -- in north San Diego county.

Warning signs are posted about the unstable bluffs at the beach. The collapse was blamed on natural erosion.

Jackie Benedict, who lives in the area and witnessed the aftermath, said people attempted to free the victims from the rubble before the first responders arrived at the scene.

"It was horrible. I can't imagine being at the beach and your life changing in the blink of an eye," Benedict told reporters.

"It's just sad," she added. "I imagine what my family would be going through, and it brings you to tears. You don't -- just sitting there watching, knowing you're helpless, you know, while someone's trapped under there is gut-wrenching."

The entrance to Grandview Beach in Leucadia remains closed as officials investigate the cliff collapse that left three people dead. Snapshots from the beach show the aftermath of the tragedy. https://t.co/dN6Y7dWjjG (Photo: @RamonGalindoNBC) pic.twitter.com/kWXYzhc9vF

Following the tragic incident, Encinitas city officials issued a warning to stay clear of the area outside the closure zone.

"Given the apparent natural instability, beachgoers should avoid areas near or under the bluffs and keep a recommended safe distance of 25 to 40 feet away," city officials said in a statement.

"We are devastated by the tragedy today and our hearts go out to the victims and their families," she said. "We stand ready to help in any way possible. Our engineers and the public safety team are diligently working to assess bluff conditions."

The beach is still closed as of Saturday morning.