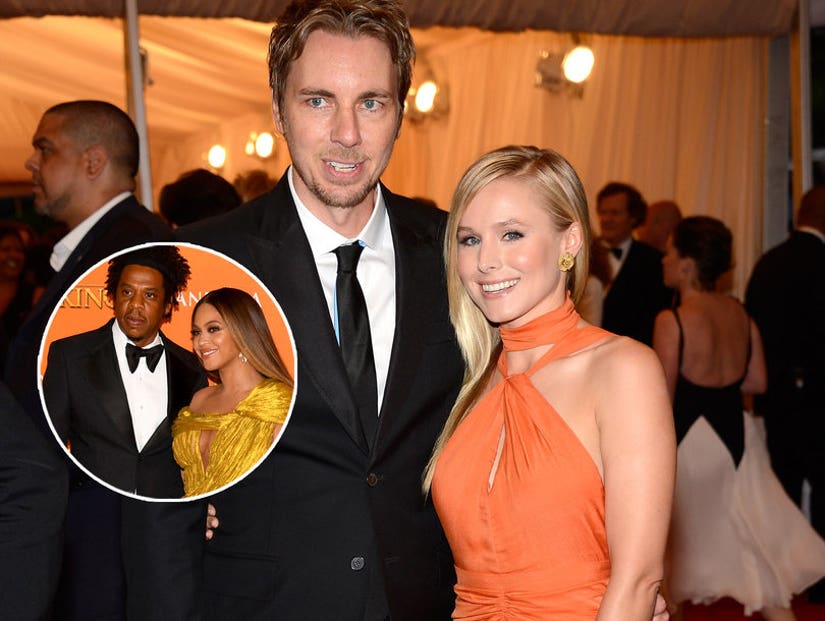 Kristen Bell and Dax Shepard didn't exactly become BFFs with Beyonce Knowles and Jay-Z after sharing a table at the Met Gala, but at least they got a good story out of it.

While taking part of the Hot Ones challenge on YouTube this week, the "Good Place" actress was asked if her husband ever "embarrassed" her at an event by "fan-boying out too hard."

It didn't take her long to come up with an answer.

"Yes. We went to the Met Gala a couple years ago and we were sitting right next to Jay-Z and Beyoncé and when we found this out, forget it, we were so excited," explained Bell. "And I was like, this is going to be great, finally after tonight, we'll have them in our phones, we'll be best friends."

After working it out so Dax would be sitting next to Jay -- who he has previously called his "hero" -- it went downhill.

"Dax talked his ear off and I don't think Jay was that interested," she explained. "I think at one point he also hit him with a lyric, where I was like 'uh-uh.' I think he was like, 'Real recognize real,' and I was like, 'Dax, don't, don't.'"

She did, however, add that she was "proud" her husband "went for broke," telling others to "talk to the person you love."

Shepard himself also opened up about the awkward evening during an appearance on "The Late Late Show with James Corden" earlier this year.

He explained that the 2012 event was the first and only time he's gone, despite Bell being invited every year. According to Dax, he really only agreed to go once he found out Jay-Z would be there as well.

"As luck would have it I was seated right next to my hero Jay-Z and I said to Kristen, 'I hope he doesn't mind hearing his own lyrics repeated back to him,'" he told Corden.

"I gave Jay-Z what I would call the platinum package. Everything was on the table, jokes, sincerity, admiration," he continued. "I gave him like 120% and I promise you if we had bumped into each other in the bathroom mid meal he would have no idea I was sitting at his table. I think all I was was a road black to look at Kristen."

When asked if they've seen each other since, Shepard said they hadn't, joking, "I think that's intentional on his part." 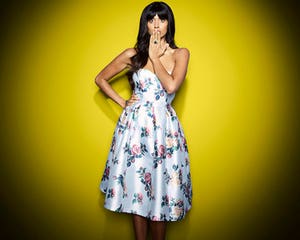