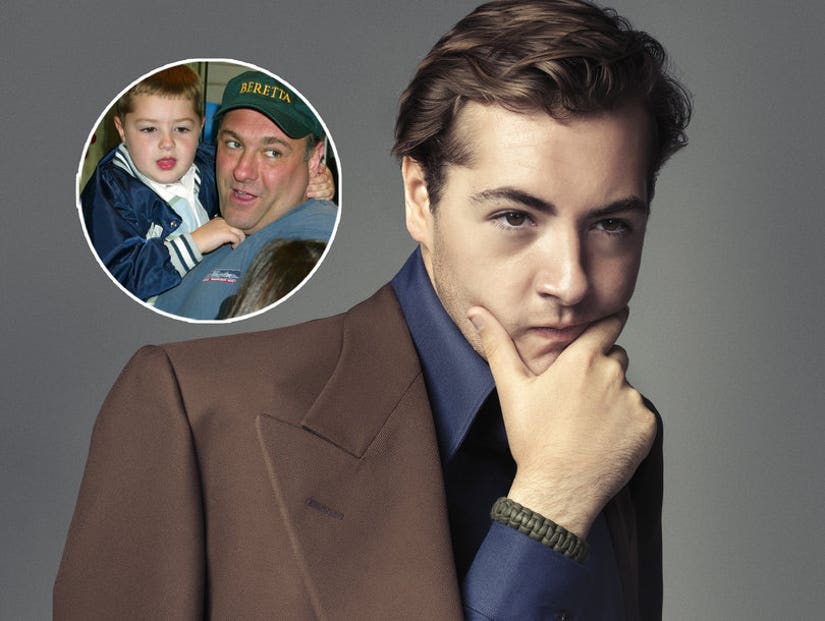 The young actor didn't watch the HBO show until after his father's death.

Michael Gandolfini steps into his late father James Gandolfini's shoes to play a young Tony Soprano in the "Sopranos" prequel "The Many Saints of Newark," a role which required him to watch his dad's work for the very first time.

The young actor was only 14 when his dad died at the age of 51 from a heart attack in 2013 and, in a new interview with Esquire, revealed he hadn't seen the HBO series until he auditioned to play Tony. 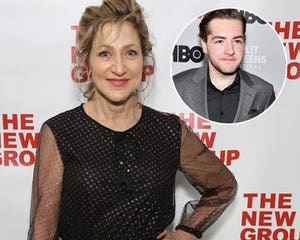 "The funny thing is, before the audition, I had never watched a minute of 'The Sopranos.' I was just a kid when he was making it,'" the now-19-year-old told the publication. "I would go to the set and ask him what it was about, and he'd say, 'Oh, it's about this guy who's in the mob and kind of goes to therapy.'"

Michael added that "the hardest part of this whole process" of playing young Tony has been "watching the show for the first time."

"It was an intense process. Because, as an actor, I had to watch this guy who created the role, to look for mannerisms, voice, all those things I would have to echo," he continued, "But then I'd also be seeing my father. I think what made it so hard was I had to do it alone. I was just sitting alone in my dark apartment, watching my dad all the time. I started having crazy dreams. I had one where I auditioned for David and I looked down at my hands, and they were my dad's hands." 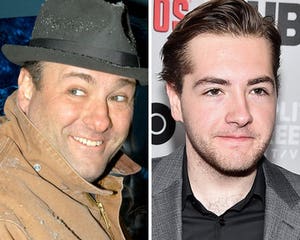 When it came to tough episodes or scenes to watch, Michael mentioned two that stood out above the rest. "There's a scene where Meadow comes home late at night, and he's sitting with a drink, and he's like, 'You know I love you, right?' That hit hard," said Gandolfini, referring to a Season 2 moment between Tony and his on-screen daughter, played by Jamie-Lynn Sigler.

"The other one that crushed me was when he yells at A. J., and he gets a pizza to apologize, and he sits by his son's bed and says, 'I couldn't ask for a better son,'" added Michael. "I just knew he was talking to me in that scene."

Gandolfini also told the publication that his father pushed him to pursue sports over acting and he didn't take up acting classes until after his dad's death. 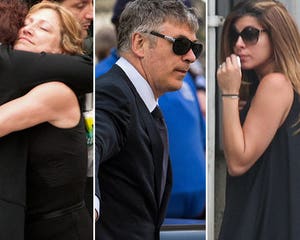 "He wanted me to play sports. I felt that burden. I wanted to make him proud. And he said, 'Don't be an actor; be a director. They have the power,'" he said, adding that a friend suggested acting could help him heal after his passing.

"From the first day, I fell in love with it," said Michael. "It actually started my grieving process with my dad." 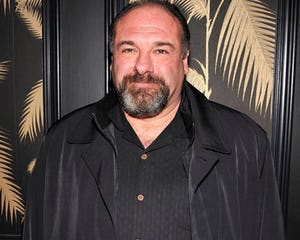