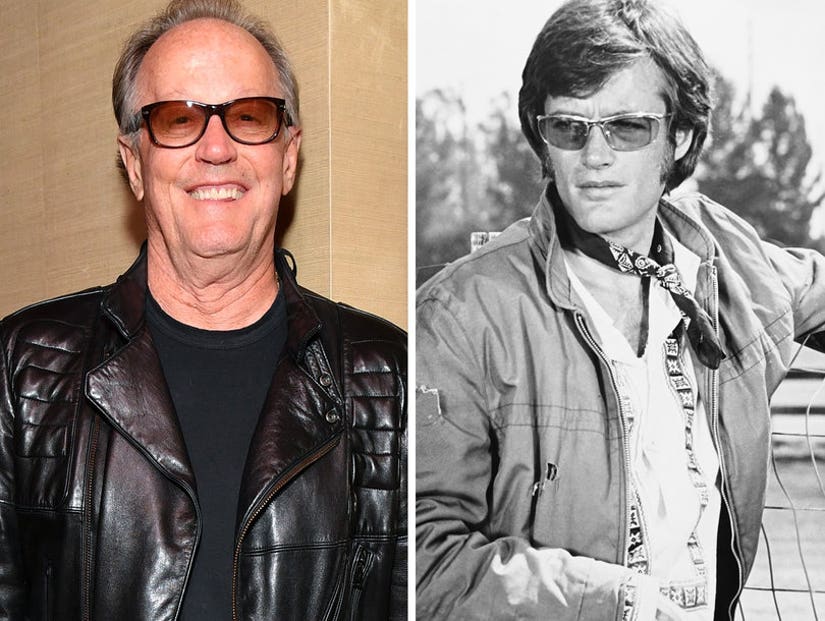 "In honor of Peter, please raise a glass to freedom," says his family in a statement.

Jane Fonda released a statement Friday afternoon following the death of her brother.

"I am very sad. He was my sweet-hearted baby brother," she said in the statement. "The talker of the family. I have had beautiful alone time with him these last days. He went out laughing."

Legendary actor and symbol of the '60s Peter Fonda has died. He was 79.

A rep for the actor confirmed the news with TMZ, said he died of respiratory failure from lung cancer. He's survived by wife Margaret DeVogelaere, son Justin and actress daughter Bridget Fonda -- both of whom he shares with first wife Susan Brewer -- and sister Jane Fonda.

"In one of the saddest moments of our lives, we are not able to find the appropriate words to express the pain in our hearts. As we grieve, we ask that you respect our privacy," said his family in a statement. "And, while we mourn the loss of this sweet and gracious man, we also wish for all to celebrate his indomitable spirit and love of life. In honor of Peter, please raise a glass to freedom."

While not his first film, Fonda is most known for producing, cowriting and starring in the 1968 movie "Easy Rider," for which he, Dennis Hopper and Terry Southern scored an Oscar nomination for Best Original Screenplay.

He has a film called "The Last Full Measure" due out later this year -- and, according to IMDB, is also attached to "The Magic Hours" and "Skate God."

Fonda recently made headlines in 2018 following a tweet he fired out about children in detention camps. In all caps he wrote, "We should rip Barron Trump from his mother's arms and put him in a cage with pedophiles and see if mother will will stand up against the giant asshole she is married to."

He later apologized for his remarks, saying, "I tweeted something highly inappropriate and vulgar about the president and his family in response to the devastating images I was seeing on television."

"Like many Americans, I am very impassioned and distraught over the situation with children separated from their families at the border, but I went way too far," he added. "It was wrong and I should not have done it. I immediately regretted it and sincerely apologize to the family for what I said and any hurt my words have caused."