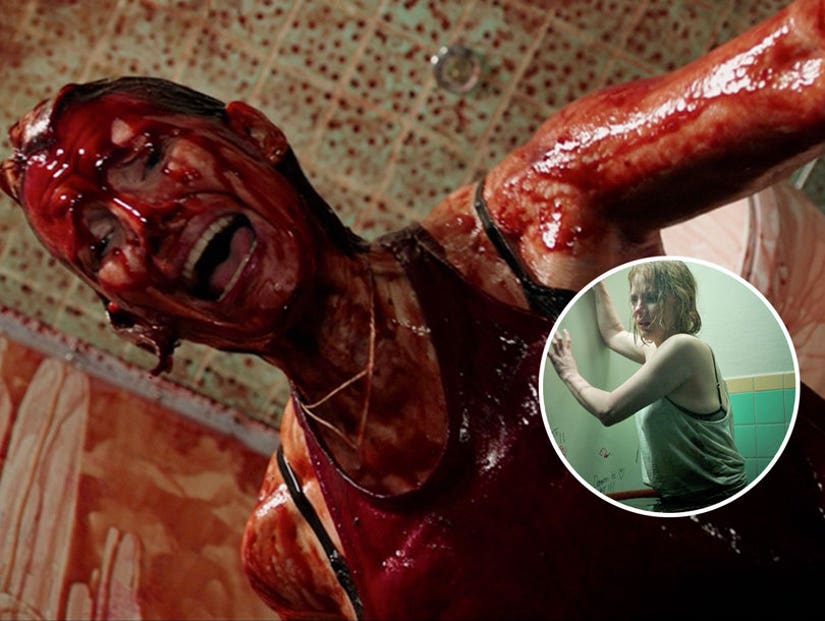 The actress opens up about her fears of being submerged in blood for the freaky horror flick.

Jessica Chastain went full-"Carrie" in "It: Chapter 2," invoking another of Stephen King's masterpieces by being covered head to toe in blood for a key sequence of the film.

It was something she had her hesitations about before shooting, with Chastain revealing she had a request for director-producer duo Andy and Barbara Muschietti before she said okay to the nasty scene in question. 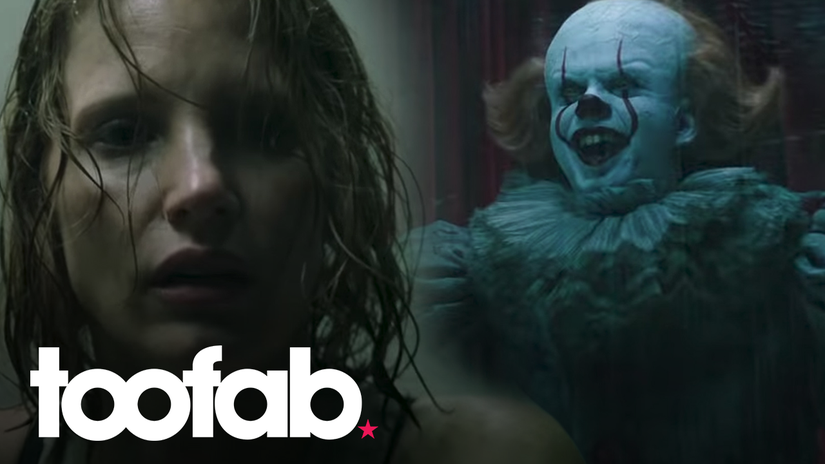 "There's no way to prepare for it, because you don't know what it's going to be like," Chastain told TooFab at a press conference for the film on Monday, referring to a moment in the film where a grown-up Beverly Marsh is being tortured by Pennywise via a bathroom stall slowly filling with blood.

"We done a rehearsal with water, which was thinner than whatever liquid they used, and there's visibility with water," she continued. "So it's kind of the fear of, 'Well, if this fills up and I go under, no one can see me.' It's kind of deep."

Production ended up using 4,500 gallons of the red stuff for the scene according to the actress, who also explained her one ask for the Muschiettis.

"You kind of have those little fears, but I said to Andy and Barbara before we did it, 'I'm happy to do it, the only thing that'll make me super happy at the end is, when I'm finished and you guys call wrap, I want you in white t-shirts and I'm going to give you guys a bear hug, and we're going to take a photo of it.'"

They agreed, with Jessica calling it "amazing" and claiming Andy "complained so much just from having the slime on him for a little bit." Yeah, we're going to need that photo. 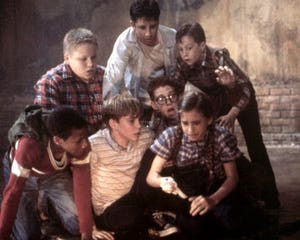 See Original 'IT' Movie Kids Nearly 30 Years Later In Trailer for 'Pennywise: The Story of IT' Documentary

When that scene was done filming, however, Chastain wasn't done being covered in goop. She had to stay all bloodied up as the adult Losers Club continued to film the climax of the movie.

"I thought that the blood would magically disappear because it was in her imagination," said Chastain. "I just imagined when the scene was over, that she'd be back to normal Beverly, but Andy -- because he loves to torture me -- he dressed me in blood for the whole end of the film. That was probably the most miserable part, before every take, they had a kiddie pool filled and they had to pour it on me."

For the boys in the film -- including Bill Hader, James McAvoy, Jay Ryan, Isaiah Mustafa, Andy Bean and James Ransone -- the blood bath signified it was time to get down to business.

"We would be off in a corner, and they'd say, 'Alright we're almost ready, we got to take Jessica to the back and put some blood on her,'" explained Hader with a laugh. "And we'd be sitting there and you'd hear a splash and you would hear Jessica go [Chattering teeth sound]. That was our signal to get on our marks, we're about to shoot. It was really cold." 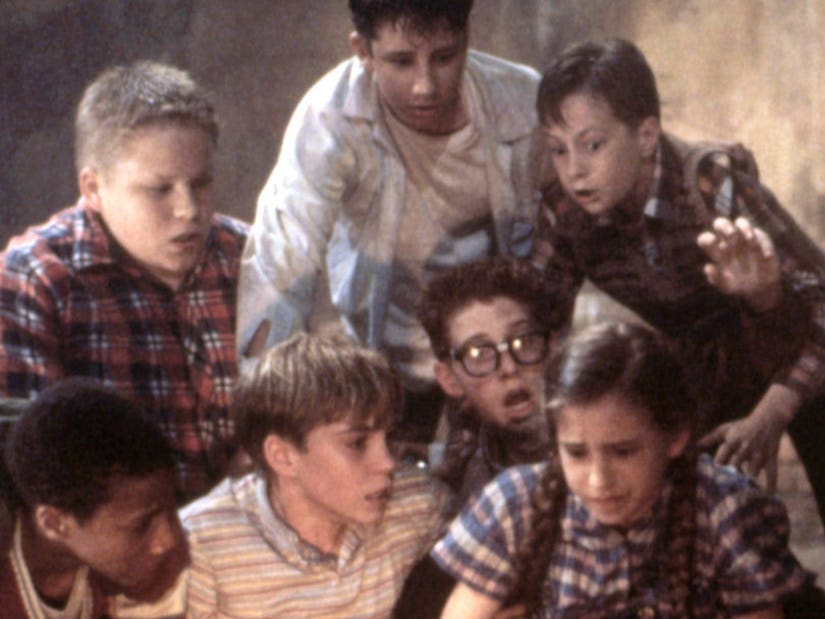