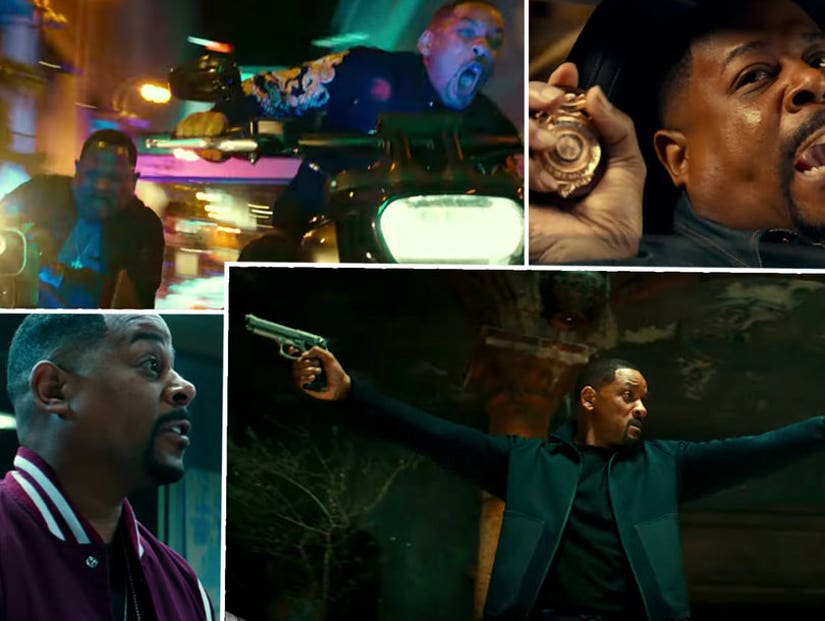 Whatcha gonna do when they come for you ... again?

The boys are back for one last outing in the first trailer for "Bad Boys for Life."

Will Smith and Martin Lawrence reprise their roles as Miami police detectives Mike Lowrey and Marcus Burnett, respectively, in the film -- the second sequel to the 1995 original. Dropping in 2020, the movie comes 17 years after "Bad Boys II."

It seems like this movie will end the trilogy, as Marcus appears ready to hang up his badge for good. "I'm done Mike, I'm retiring," says Lawrence's character in the sneak peek, "You want your legacy to be muscle shirts and body counts?"

Mike (Smith) then asks for his partner's help, "one last time."

What follows is a whole lotta action -- set to the infamous "Bad Boys" reggae track, naturally -- including major explosions and a high-speed chase through a shopping mall.

The sneak peek ends with a batch of new recruits played by Alexander Ludwig, Vanessa Hudgens and "Riverdale" star Charles Melton ... and Lawrence using a machine gun while on the sidecar of a motorcycle.