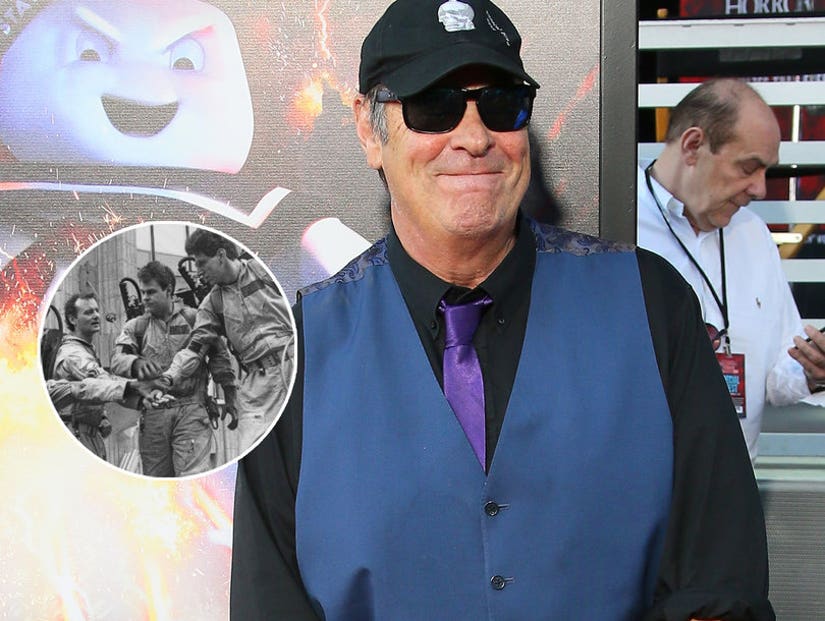 Aykroyd, who serves as a producer on the new film, teases its connection to the previous movies.

He ain't afraid of no ghosts, but Dan Aykroyd was clearly worried about revealing too much about 2020's new "Ghostbusters" sequel.

Director Jason Reitman -- son of Ivan Reitman, who directed the first two movies -- is at the helm of the new one, starring Paul Rudd, Carrie Coon, Finn Wolfhard and Mckenna Grace. Reitman has yet to confirm whether original stars Aykroyd, Bill Murray, Ernie Hudson, Sigourney Weaver or Rick Moranis will return, but they've reportedly all read the script and most have expressed interest.

While we expect cameos from them all, Aykroyd is also back in a producer capacity and recently revisited the first two movies to prepare for the latest installment. 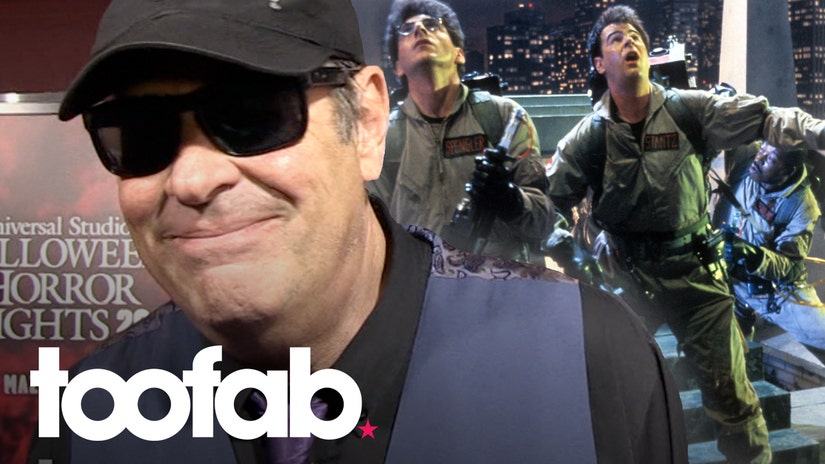 "I watched both movies back to back and I had a smile on my face all the way through. About a month ago I watched them and they really work," he told TooFab when we caught up with him at the opening of Universal Studios' Halloween Horror Nights, which has its very own "Ghostbusters" maze this year.

"I never was into watching what I did ... but occasionally I'll go back and revisit special ones, once every few years," he elaborated. "I had to watch the first two for the movie we're doing now and also for tonight."

According to Reitman, the 2020 flick -- unlike Paul Feig's all-female reboot -- will be a continuation of the series, confirming that "what happened in the '80s happened in the '80s, and this is set in the present day." Aykroyd teased the connection further when we spoke with him.

"What I love is that it just hands the DNA of the old first two movies directly to the new cast and new generation," he said. He added that Reitman has "done a good job" balancing nostalgia with moving the franchise forward, saying it's a "difficult challenge" but adding, "I think he's done it." 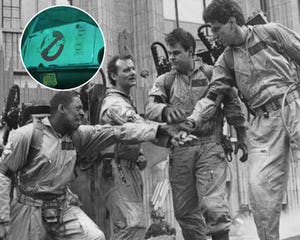 The OG Ghostbuster also said he didn't have any advice for the newcomers, simply saying "they're pretty well equipped. They're great."

As for why the original ghoul-fighting foursome is still so beloved 35 years after the first film, Aykroyd pointed to "the heart of the movie," the performances of his costars and the "intelligent" writing. "We were pitching up to the audience and not down and it connected in a way that a good piece of entertainment should," he explained.

Check out the Ghostbusters maze at Halloween Horror Nights in Hollywood and Orlando now, where visitors can pick up an Ecto Slime drink made with Aykroyd's Crystal Head Vodka.

Everybody can relax, I found the car. #GB20 pic.twitter.com/WIxZRehbeY