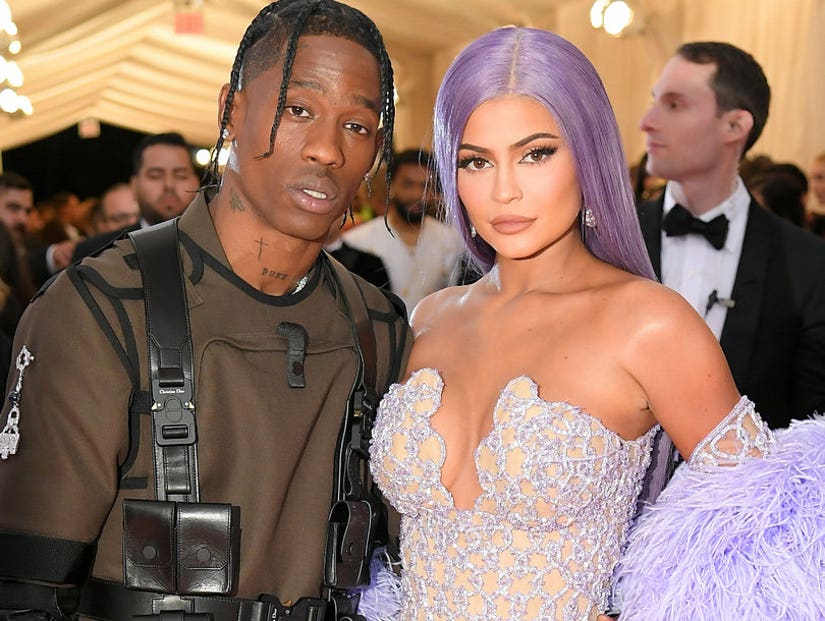 The magazine released the reality star/business mogul's cover and photos from the accompanying spread online Friday, along with an article in which she's interviewed by rapper, partner and father to Stormi, Travis Scott. He also served as creative director for the shoot, done by constant Jenner collaborator and photographer Sasha Samsanova.

Jenner's face does't appear on the cover itself, which focuses more on her cleavage and well-manicured nails.

While Jenner said she "never thought" she would pose for the publication, she told Scott that she loves the covers they've been releasing recently. "I love what playboy is doing right now creatively, and when you presented me with the idea -- that you would be behind the cover and creative direction and be in control of the images -- I thought it was a perfect fit, because I trust you and your vision," she added.

One of the reasons Jenner decided to do the shoot, it appears, is to hit back at critics who say moms can't be sexy.

"The way you embrace your sexuality hasn't changed with motherhood either," noted Scott, who then asked if she feels "like I empower you to own your identity and sexuality as a mom?"

"You remind me that motherhood and sexuality can coexist and just because you embrace your sexuality doesn't mean you have loose morals or you're not a good mother," replied Kylie. "You can be sexy and still be a badass mom."

Scott also noted that, unlike others who claim "having a baby can hurt your sex life," he believes "that's the opposite of our experience." Jenner agreed, saying, "Yeah, I feel like we've definitely proven that rumor to be wrong."

Jenner and Scott moved fast, getting pregnant with Stormi months into their relationship. When asked by Travis why she believes they knew it would all work out "so quickly," she said it came down to their common interests.

"We think the same and we have the same goals and passions in life," she said. "Besides the fact that we have good chemistry, we have a lot of fun together. You're my best friend. Through all the ups and downs that every relationship has, we evolve together through them and keep getting stronger."

Talking about some of those "fun" times together, Jenner revealed what a normal "day off" is like for the two. According to Kylie, they do a lot of swimming -- one of Stormi's favorite pastimes -- and, when their daughter is asleep they "watch a lot of TV and we get lost in the theater room and just watch a whole lot of shows and movies."

"We usually fight over what TV show we're going to watch," she added. "We have a lot of fun together. We're always laughing or getting into deep talks."

Looking ahead at the future, Jenner said she only wants to grow her empire even more.

"I still have miles to go," she told Scott, "but I am really proud of myself for the things I've accomplished and worked hard for." When he noted he overheard her talking about possibly getting into wine and bed linens, she said she hadn't started solid plans for those ventures yet, but is already "trademarking everything in different categories so that if I ever decide to come out with wine or bed linens, it'll be set up."

See more from their interview over at Playboy.com. The Pleasure Issue is available for preorder now. 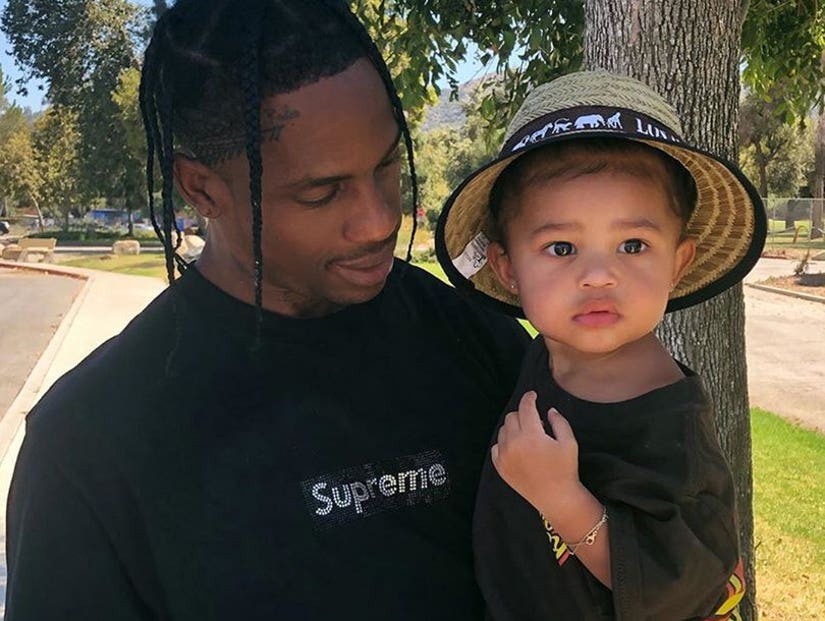