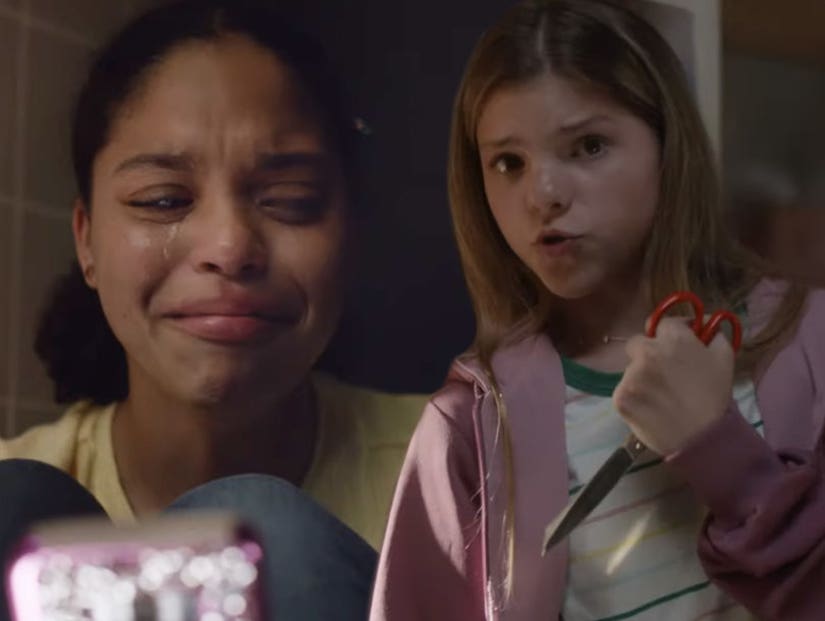 "These scissors really come in handy in our class," one cute little girl whispers as she clutches them in her fist.

It looks like any cheery back-to-school ad... but not for long.

Sandy Hook Promise unveiled a horrifying PSA on Tuesday reminding parents of the very real and ever-present threat parents face every day sending their kids to school in the gun-loving US of A.

The minute long clip starts off looking like a Target ad, with upbeat music, filled with impossibly happy children showing off their new school supplies, like backpacks, folders and headphones for studying. 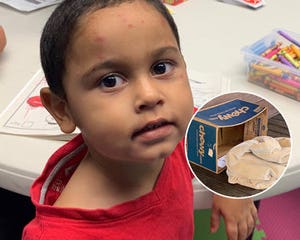 But it takes a sinister turn as distant screams creep in over the background tune; one kid boasts about his new sneakers as he flees down a hallway, while another extols her new sweater as a "real must have" as she uses it to tie a door shut.

A third child shows off the "pretty cool" skateboard his parents bought for him, before using it to smash the glass out of a window as fellow pupils clamber through.

"These scissors really come in handy in our class," one cute little girl whispers as she clutches them in her fist, peering out a locked door while shots ring out in the background. "These colored pencils too," her male companion adds, brandishing them like knives.

Another pupil declares her new tube socks "can be a real life saver" as she removes one to tourniquet a heavily-bleeding classmate's leg.

The last child is seen cowering quietly in a bathroom, texting: "I love you mom." 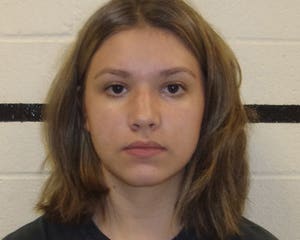 "I finally got my own phone to stay in touch with my mom," she tries to smile through sobs, as sinister footsteps approach.

"It's back to school time... and you know what that means," the closing caption reads. "School shootings are preventable when you know the signs."

The chilling video comes with a warning: "Please note that this PSA contains graphic content related to school shootings that may be upsetting to some viewers. If you feel that this subject matter may be too difficult for you, you may choose not to watch this video."

The non-profit group, aimed at ending gun violence in schools, was set up after the December 2012 massacre in which 20-year-old Adam Lanza shot and killed 26 people — including 20 children aged between six and seven years old — at Sandy Hook Elementary School in Newtown, Connecticut. 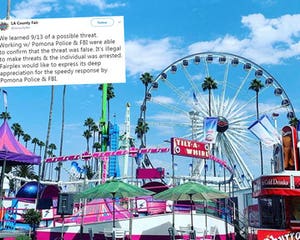