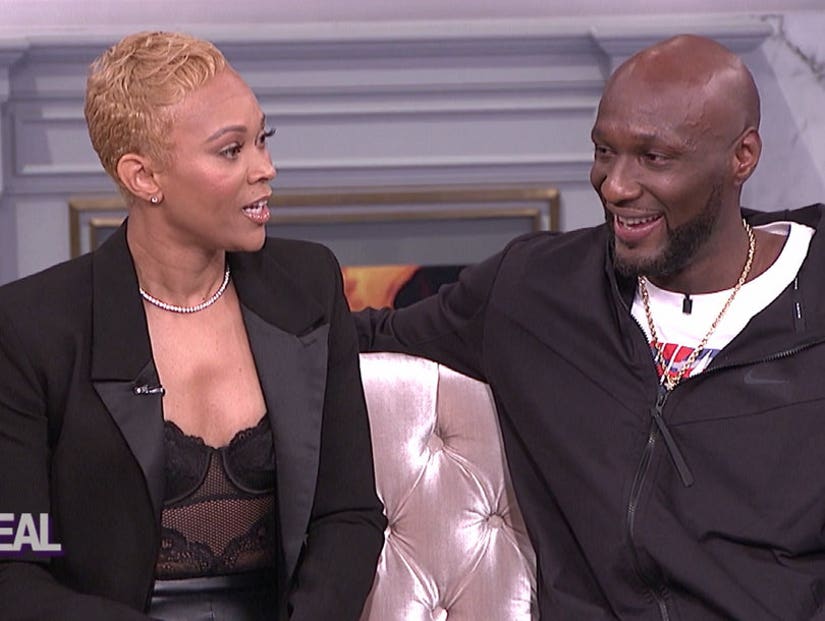 Lamar Odom was joined by his girlfriend Sabrina Parr on "The Real" Thursday, as the two sat down for their first daytime television interview together. Before Parr stepped out on stage, however, Odom was first asked about his relationship with another woman: Khloe Kardashian.

Adrienne Bailon kicked off the interview by asking Lamar how it felt to have Khloe's support for his memoir, "Darkness to Light," in which he detailed their marriage issues.

"I feel really good about it," he said, before going on to call his overdose at a Nevada brothel an "assassination attempt" by owner Dennis Hoff. "I think it was hard for me because I had a bad reputation for doing drugs at that time, so people probably would have been like, 'Yeah, right.'" 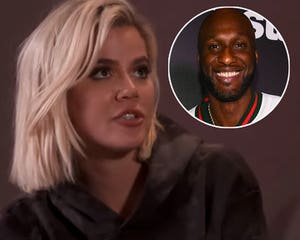 He was then asked why he was estranged from his children, Destiny and Lamar Jr., while he was married to Kardashian. He put the blame on both himself and his ex-wife, Liza Morales, and their inability to work together at the time. "For two mature but immature people, me and their mother, we didn't do a good job coparenting," he admitted. "So it was hard for us to get along at the time. They missed out on a lot. I couldn't even get them to my wedding, that was hurtful. Everything is better now."

Of their children, he added that he's spoken with them about drug addiction and stressed to them the importance of never even trying marijuana (despite owning a weed business himself). "Who knows what it'll lead to," he said, "They've sat in on my rehab sessions with me, so they know all about it, the disease they've been exposed to."

At that point, Parr joined him on stage, where the two talked about their relationship and upcoming reality TV show together.

"I think people are going to be very surprised as to how Lamar and I operate with one another," she explained. "It's a lot of loving and learning and growing and transparency. A lot of transparency."

Proving nothing's off the table, the two also talked about a recent video Parr posted showing her man sucking on her toes. "I love her feet," said Odom, "I just dove in!"

Parr said he made a move for her feet "really early on" in their relationship and she doesn't mind it in the least. "It was fine, I am into it because it's just a sign of affection for me," she explained. "I'm an intimate person, I didn't take it personal."

Odom was also asked if marriage was on the table. His surprising answer: "If I had a ring, I probably would have asked her to marry me right now." When Loni Love tried to talk him into popping the question right then and there, Parr joked, "She's gonna need a ring!"

"She gonna need a ring. No rush. We're gonna do it with a ring, when the time is right," she continued. "He did ask me early on, if he asked me to marry him, would I say yes and I said sure, but we wouldn't set a date for anything. If I'm gonna be doing this and it's public, we're gonna really be serious about this."

He added that their relationship is easier than the one with Khloe because he's now able to "intermingle" his family with her. "The last relationship I got married, I wasn't able to do that," he said, before adding that "praying together" was also another strength.

As for his abysmal debut on "Dancing with the Stars" this week, Odom is still optimistic about his and partner Peta Murgatroyd's chances. "Peta has two trophies, so to me she's like the Kobe Bryant," he explained. "Hopefully me and Peta are going through valleys and peaks to get to the championship."

"Dancing with the Stars" airs Mondays on ABC. 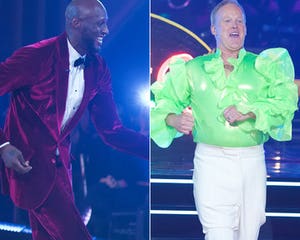 'Dancing with the Stars' Premiere 5th Judge: Was Lamar Odom or Sean Spicer the Worst of the Night?