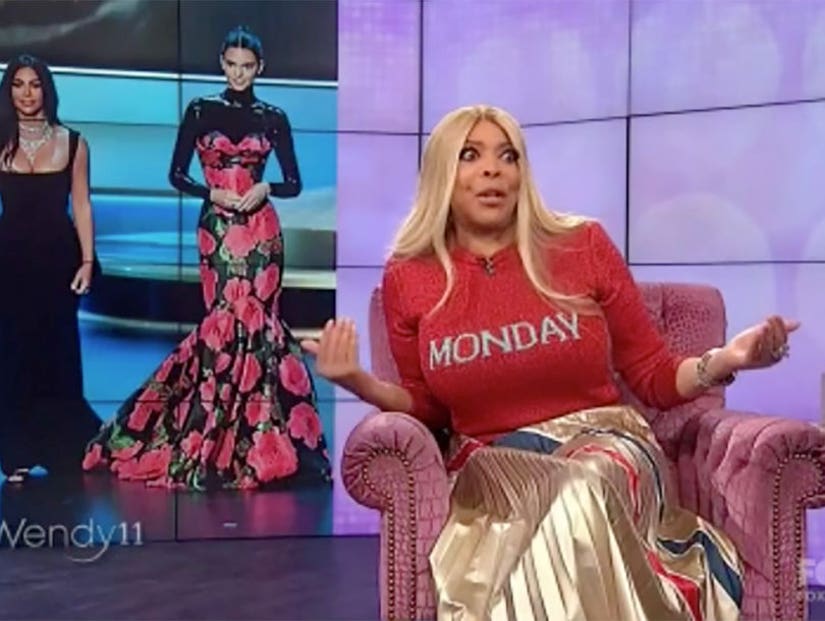 The Kardashian sisters were mocked by the audience during the telecast on Sunday night.

Kim Kardashian and Kendall Jenner may have been the laughing stock of the Emmy Awards on Sunday night, but they're the ones laughing all the way to the bank according to Wendy Williams.

The two sisters found themselves subject to ridicule when they hit the stage; Kim's presentation for Outstanding Competition Series began with "Our family knows first hand how truly compelling television comes from real people just being themselves," which started a wave of giggles that turned into hearty guffaws around the Microsoft Theater. Kendall quickly followed with "Telling their stories unfiltered and unscripted" but she was already being drowned out by all the loud snickering.

"I think the people laughing about them are jealous," said Williams on Monday, after showing the clip of the moment to her studio audience. "I'll tell you why -- you take your big education, going to drama school and all that other stuff. These girls make more money than the whole building, okay?"

"Here's what I'm saying, people are upset because you study drama, you want to be an actor, actress, you want to make money, you want to be famous, you want to honor your craft," Wendy continued. "And all of a sudden, this family comes along called the Kardashians years ago and they stole everything in terms of fame -- I don't mean steal like bad, in a good way. People are just, you're jealous, so they laughed at them."

Wendy then told the two women that they shouldn't be mad at anyone who chuckled in their direction. 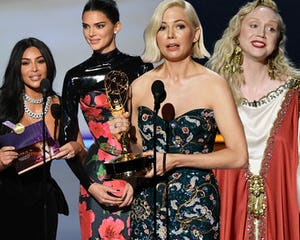 "Because people are still trying to kick y'alls back in for doing such big things in such a short period of time, with the only thing you have," she added. "Which is love for one another and the ability to make people follow you on instagram. That's it. That's it!"

For what it's worth, Wendy also said she loved Kendall's black latex dress.

Kylie Jenner, who was slated to present with her older sisters, dodged a bullet as she was noticeably absent, reportedly due to sickness. 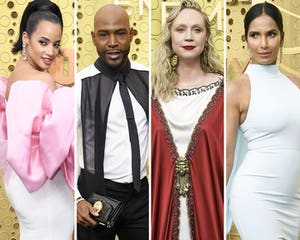