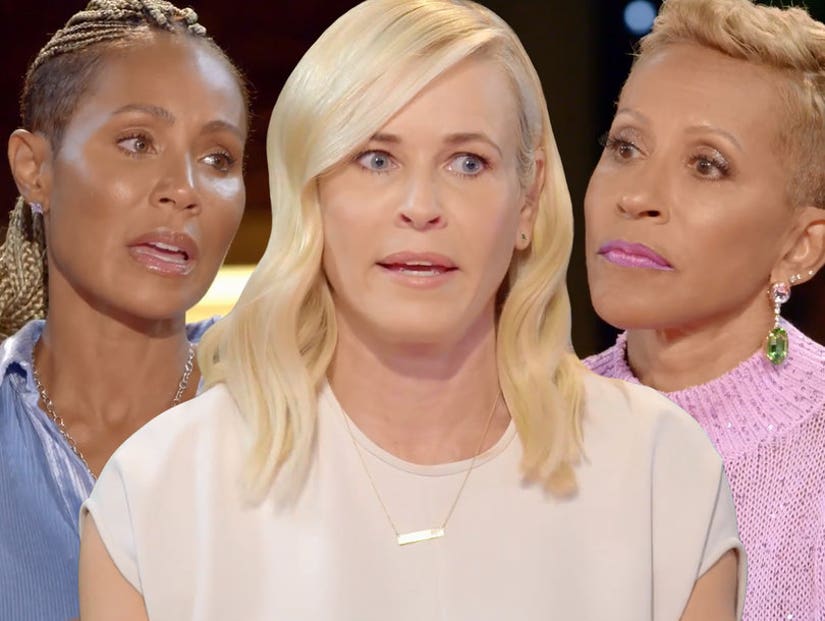 As Handler comes to terms with her own past, Jada's mom expresses frustration at the "total unawareness" some have concerning the issue.

"It's hard to find people, specifically white people, who want to talk about [white privilege]," said Jada Pinkett Smith at the top of today's "Red Table Talk", where Chelsea Handler joined her and mom Adrienne Banfield Norris to do just that.

The subject is one Handler focused on in her recent Netflix special, "Hello Privilege. It's Me, Chelsea," which dropped earlier this month.

Handler realized she was operating from a place of privilege after she worked with a therapist to deal with her own issues with anger and a lack of vulnerability. When asked if her "rage" affected her relationship with men, Handler said it absolutely had. "If they didn't do something wrong, I'd make sure they did," she responded. "I've had two long term relationships, but I wouldn't describe either of them as healthy. I couldn't forgive anyone. It's nice to be an an adult for the first time in my life."

"For me, just in my process too, recognizing places where I might have hurt people, looking where I've been a mean girl, been a mean wife, a mean mom, just mean," she added. "I never really looked at myself at being mean."

Handler said that was something she really had to work on too, since she "wanted to be a girl's girl."

From there, the three really got into privilege and how apparent it was for Handler looking back, as she was asked if she felt any "guilt."

"Yes. You know that when you look at your life and looked at being rewarded -- even in Hollywood -- for my bad behavior, which was considered bad but I was being rewarded. A black girl would never have gotten her own show for telling celebrities how stupid they were," she said. "You are the beneficiary of white privilege to such a degree, you are the 'American White Dream.'" 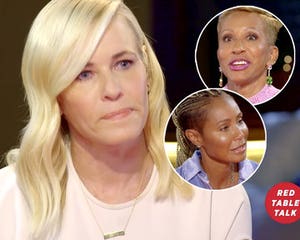 As Handler then spoke about dating a young black man when she was a teenager, Chelsea said she moved in with him and his mother -- who "was a crackhead at the time" -- and recalled always "helping out around the house." Hearing that, Norris asked if she felt like she was "the white girl that was gonna come in and fix the family?"

Handler said no, she just felt like "the good one" while staying there, while, in her own home, she was the problem child. "That's a little bit of the white savior in there," noted Norris. "Now it would be," Handler conceded, "I wanted to be helpful, I wanted to feel helpful in a household."

Comparing herself to her boyfriend, she recalled him getting arrested for marijuana, when she would simply be let go. "I grew up thinking the police were there to protect me," she said, realizing that that's not the case for POC.

After Jada asked her to share something that "really describes white privilege," Handler shared a problematic tale with the two women she considered "a learning point" for her. "This Black woman was standing up singing a song and I went up to her and said, 'Oh my god that was beautiful,' and I slapped her on the butt," said Handler. Both Jada and her mother reacted with expressions of horror.

"I'm shocked and appalled right now," exclaimed Adrienne. "And so was she," added Handler, "She said, 'Black women have been defined by their hair and their asses for ages. You have no right to touch my body.'"

"She said it's not about the intention, it's about the reception," she continued. "I smack everybody on the ass, I smack my sisters. I shouldn't be. I shouldn't be smacking anybody on their body because it's disrespectful because I'm not taking into account other people's experiences. That was another lightbulb moment. It doesn't matter if you didn't mean anything by it, it was received that way."

"This is just such classic white privilege right here," responded Adrienne. "It's a total unawareness that for me and my generation, that we are very, very impatient now. While you're asking me to be compassionate, I'm like, girl, bye with that shit."

"It is so up to white people to fix this problem," said Handler. "I understand that you're fed up, I would be too." 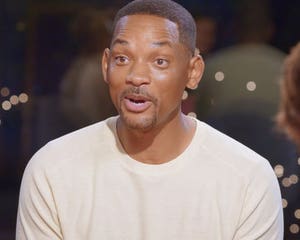 As Norris said she didn't have the answers or know what the solution is, Jada made a plea for compassion and the space for people "to say some stupid stuff sometimes." She added, "Because at the end of the day, what we can't deny as black people is that white privilege has been going on for so long that there is an unconsciousness. Not every slip of the mouth, not every action is racist, it's just not knowing."

The trio also watched a clip from Handler's special where she sat down with a group of white women who didn't think white privilege was real and believed affirmative action isn't fair.

"A lot of us just throw up our hands and don't know what to do," said Norris. "If any of those women had any black friends, somebody in their life that's black they actually love, would they have the same ideas?" asked Jada.

For Handler, she just wanted to be able to have these hard conversations with women like Jada and her mother, so she can learn to "do the right thing." Pinkett said she had to help someone realize how to do that herself recently with another one of her friends.

"I had a white friend the other day say something offensive that she didn't know was offensive about another black person's features and I had to pull my girlfriend over like you can't do that," said Jada. "And she said, 'Tell me what I did.' I said, 'You're Jewish, if I had said, 'I can tell that you're Jewish because of your nose' .... right?"

Communication is key, Jada reiterated at the end of the discussion, adding, "Sometimes it takes continuing the conversation for a point of view to penetrate, for the idea to actually land." 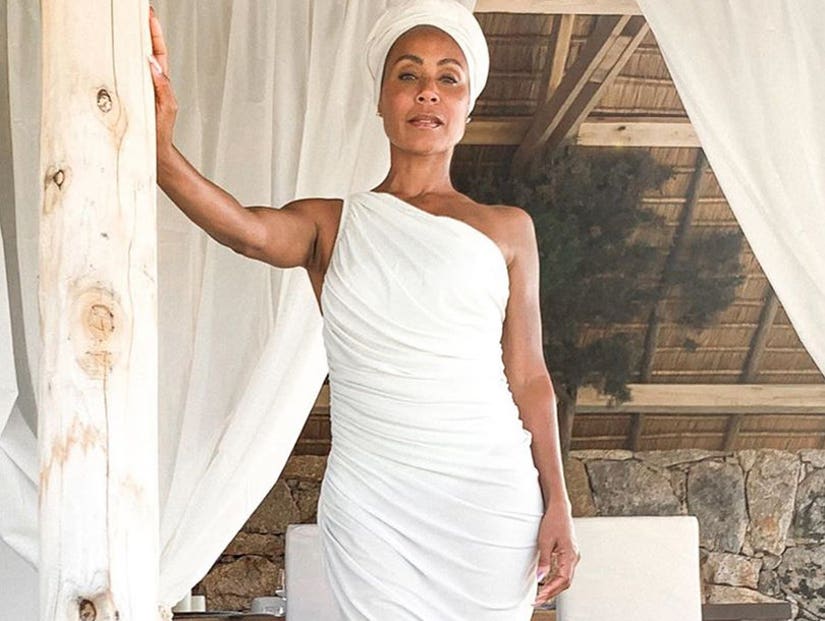