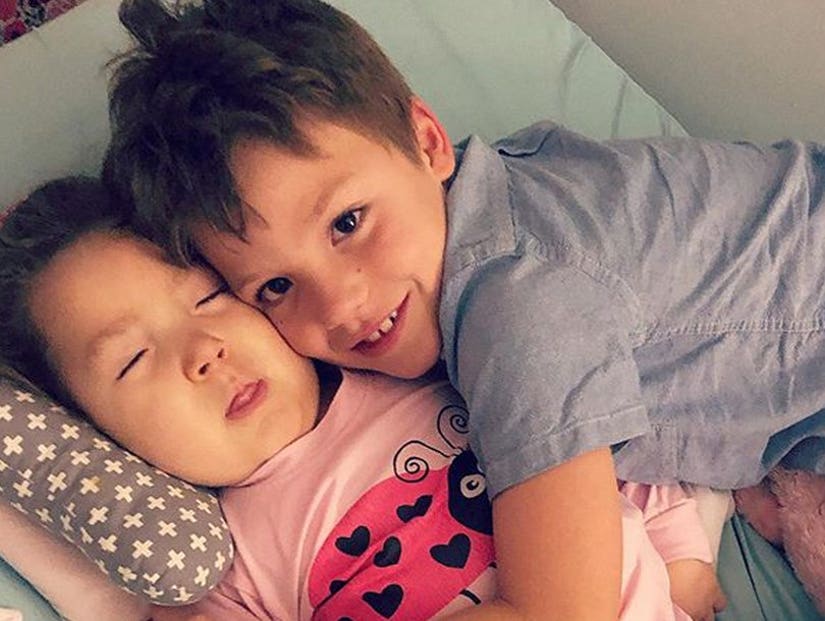 Kelly Cervantes described how she told seven-year-old Jackson his little sis Adelaide might only have months to live; she died the next day.

Before suffering the unimaginable pain of losing their daughter, the Cervantes family had to live through telling their son it was definitely going to happen.

Her mom Kelly, who had been documenting the family's heartbreaking journey on her blog Inchstones, described preparing their seven-year-old son Jackson for the inevitable in a post published just hours before her little girl would take her last breath. 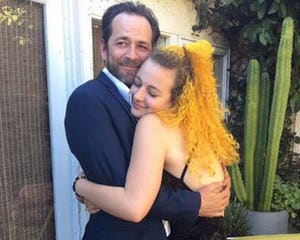 In the post, entitled "My Lighthouse", Kelly described how she very rarely left home in fear of Adelaide taking a bad turn.

"I feel like I'm adrift with no land in sight," she wrote. "But there is one thing helping me keep my bearings amidst these rough waters: Jackson. I know everyone thinks their kid is incredible but this kid, Adelaide's big brother, is really something else. He is my lighthouse in the storm."

She said she and her "Hamilton" actor husband Miguel never hid Adelaide's condition from her big brother; indeed he had witnessed seizures and even helped coach her through some of them. So when the parents made the painful decision to transfer her to hospice care, they kept Jackson abreast of what was going on.

"I grew incredibly anxious thinking about having to tell Jackson," she wrote. "It felt awful to have to share this dark cloud with him but we knew it wouldn't be fair for him to be surprised by her death either."

"Through tears, we explained to Jackson that his sister would not grow up to be a big kid like he was. That her brain was really sick and that no doctor in the world could make her better. That we weren't sure when, but at some point in the next few months, Adelaide would die."

Kelly ordered several children's books on coping with grief and loss, and helped Jackson build a memory box, which also included a plaster cast of the siblings holding hands.

"To be honest, following that initial conversation, I wasn't sure that he got it. Death is a lot for an adult to process so how in the world would a seven year old make heads or tails of it all? " she said. "Most of the time he doesn't say much but a couple times he's let me know, in a very clear way, that he understands what's happening and how he's feels about it."

"It's sort of shocking to hear a child working through such complex emotions and in such a healthy and mature way. Then 2 minutes later he's making fart noises and telling me about some crazy thing he saw on YouTube. Kids are resilient, man. Really freaking resilient." 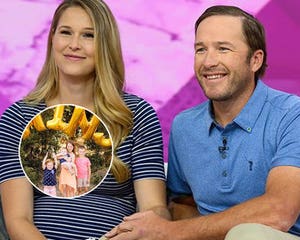 Jackson, she revealed, has been in therapy for a year now; he is more free to open up to his therapist because able-body/minded siblings sometimes hide their own painful feelings in an effort to protect their parents from further upset, "in an unnecessary role-reversal the child tries to protect the parent."

"I've accepted that I can't change Adelaide's future but I can make sure that Jackson has the best opportunity to emotionally navigate his." she concluded. "To do this though, we have to be sure that Jackson is not neglected while everyone clamors to keep his sister safe and comfortable. Miguel and I cannot unknowingly sacrificing his well-being while grieving hers."

"So, I will continue to get out of bed everyday because he needs me to, but also, I need him too. As I write this, sitting with Adelaide and analyzing her breathing, I can hear Jackson laughing and playing in the other room. Even in the midst of the most suffocating dark he brings light into our home. Guiding our ship on this journey one fart joke and squishy kiss at a time."

The following morning after publishing the post, Adelaide passed away. Kelly confirmed the devastating news in a heart-rending picture of her daughter's empty bed.

"The machines are off. Her bed is empty. The quiet is deafening. Miss Adelaide Grace left us early Saturday morning. She went peacefully in my arms and surrounded by love."

"Finally, she is free from pain, reactions and seizures but leaves our hearts shattered. We love you so much Adelaideybug and forever after." 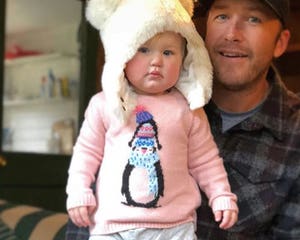