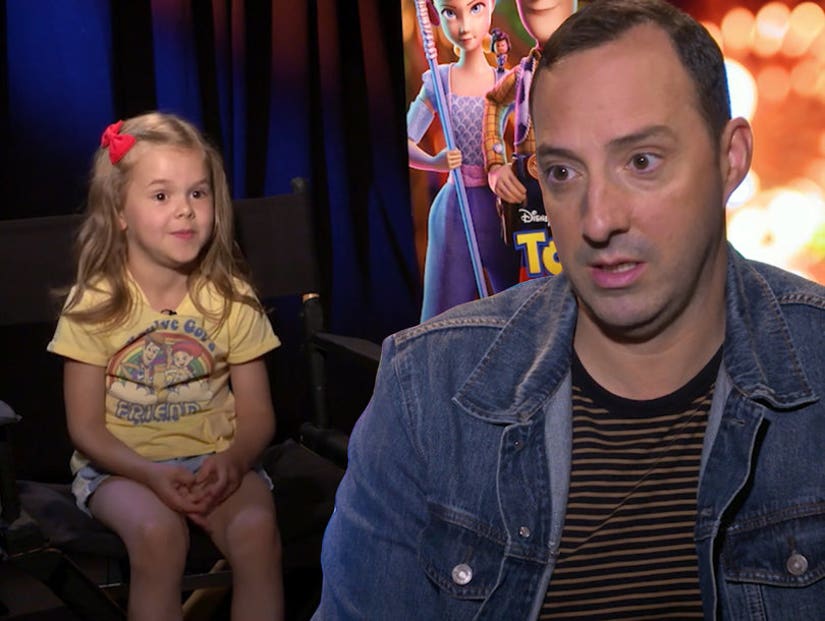 The tiny tot was sent to Disney World to ask the hard-hitting questions.

In an adorable clip from the special features on "Toy Story 4" home video release, 6-year-old Claire Crosby sat down with the cast and crew at Disney World in Florida to ask the tough questions -- and she did not disappoint.

Claire is a longtime Disney fan, having gone viral on YouTube for her covers of popular Disney songs with dad Dave Crosby. Their version of "You've Got a Friend In Me" was particularly impressive, generating over 27 million views to date! 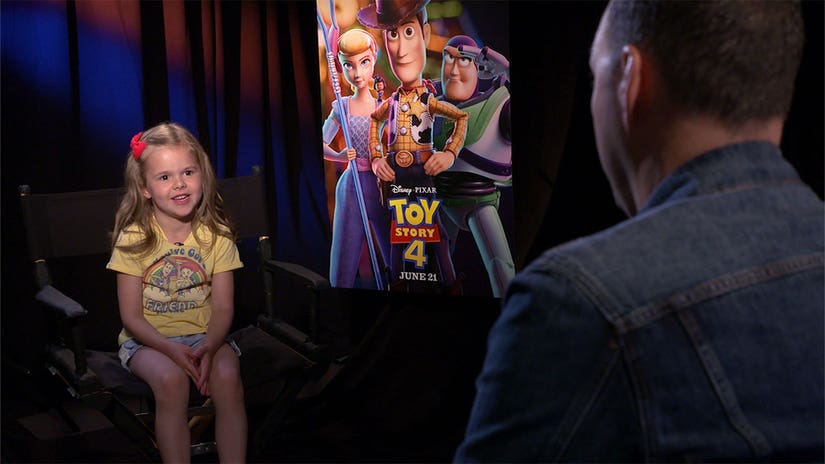 Claire is put to work interviewing voice actors Tony Hale and Annie Potts, as well as director and producers Josh Cooley, Jonas Rivera and Mark Nielsen, ahead of the film's release.

Her question: "If you were to pack a kindergartner's backpack, what would you put in it?" Watch the video above for their answers, as well as responses from Tim Allen and Tom Hanks.

In a video Claire and her dad shared on their YouTube page about their trip, Dave said Bo Peep was the little girl's "favorite character" -- and she was excited to also ask Potts to reveal her favorite color.

He also said they had a run-in with Hanks, who came over to them and started playing with his other daughter, June, who was crying.

"Toy Story 4" is now available on Blu-ray/DVD. Check out the Croby's original cover video below: