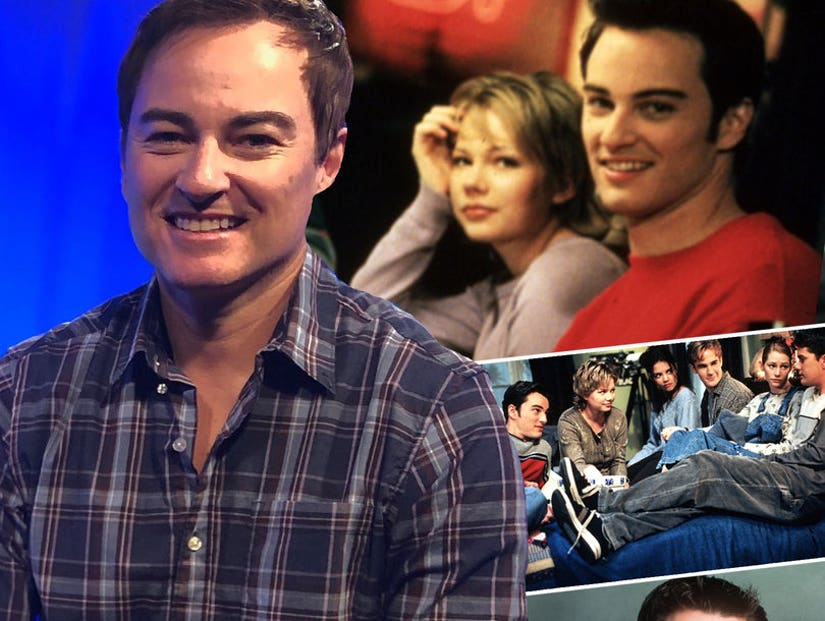 "I'm glad we did it and it was part of history," says the actor now, ahead of his "Riverdale" debut.

Kerr Smith returns to high school on tonight's new episode of "Riverdale," which sees the former "Dawson's Creek" star graduate from his days as a student to playing principal.

He'll play Mr. Honey on the show, a character who's being set up as an adversary of sorts to the core four as they plan for college. Though his name may be "Honey" he's "not so sweet," promised Smith.

Ahead of his debut on The CW show, TooFab caught up with the now 47-year-old actor to reminisce on his days back on the Creek and his landmark role as the out and proud Jack McPhee. 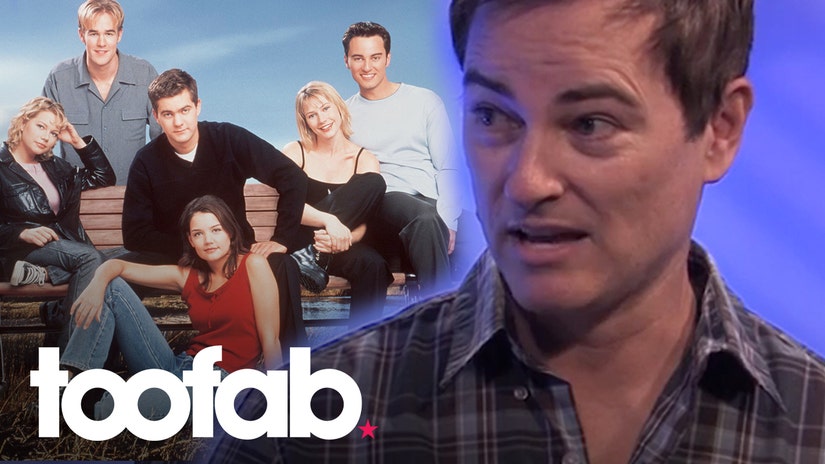 While nearly every show has at least one gay character now -- including Riverdale's own Kevin (Casey Cott) -- that wasn't always the case. When Jack came out in a two-part episode back 1998, it made headlines. When the character had his first passionate kiss with another man -- a primetime TV first, too -- it was a thing. To Smith, it only shows how far TV has come in terms of representation.

"We were the first ones to do that. It was a crazy experience back then and you're right, look at every single show now, it's pretty amazing," he said. "There's always a gay storyline, a lesbian storyline or whatever. I was talking to Casey and he's playing pretty much the same character I played on Dawson's."

Smith said he felt a "huge" responsibility at the time to get the role right and recalled the conversation he had with series creator Kevin Williamson when he learned what was in store for the character.

"I remember the day Kevin Williamson came down to Wilmington, North Carolina ... He said, 'Kerr, let's go get some coffee,''" said Smith. "I went, 'Oh no, am I fired?' And he throws this idea, 'We want to go down a different avenue with Jack,' and I go, 'What does that mean?'"

"Obviously, he always had the intention of making one of his characters gay, he was still in the closet at that point too and every character in 'Dawson's Creek' is an extension of Kevin Williamson," Smith continued. "My storyline ended up being largely Greg Berlanti's. It was an intense experience and I remember calling everybody I respected and said, 'Hey should I do this?' Doing the first male-male kiss, I remember it was intense. I'm glad we did it and it was part of history."

Bringing everything full circle: Berlanti is also one of the executive producers on "Riverdale." Small world, huh? 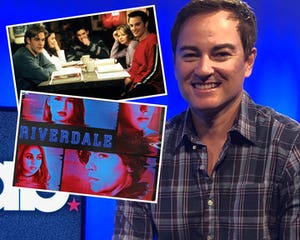 Thanks to the show streaming on Amazon Prime, Smith said "Dawson's Creek" has a whole new generation of fans. "They're really young, in their 20s," he said, "and I've got a good 20 years on them now! It's interesting, but yes, there's a whole new category of people watching it now."

The show also got some major love earlier this year from Entertainment Weekly, which reunited the cast for a 20th anniversary cover story. Fans loved the issue just as much as Kerr loved seeing everyone again. "The reunion was great," he said. "I hadn't seen [Michelle Williams] in along time, it was great to see her."

Noting he hadn't seen Katie Holmes in quite some time, he added, "It was, just to get us all in one room again, was a lot of fun."

Before he left, we had to ask him about another time he, his costars and nearly everyone on The WB was in the same room -- filming one of the network's epic promos back in the day. The one in question showed stars from almost every show, including "Buffy the Vampire Slayer" and "Popular" dancing to "What a Night" in a nightclub -- it's truly glorious.

"Those WB promos back in the day man, they were something," he said with a chuckle. "It's insane. We used to do it down in Manhattan Beach and it was like every single show was there over a 2-3 day period. It was just this huge party, with a lot of work."

Revisit it below. Smith's first episode of "Riverdale" airs tonight on The CW.