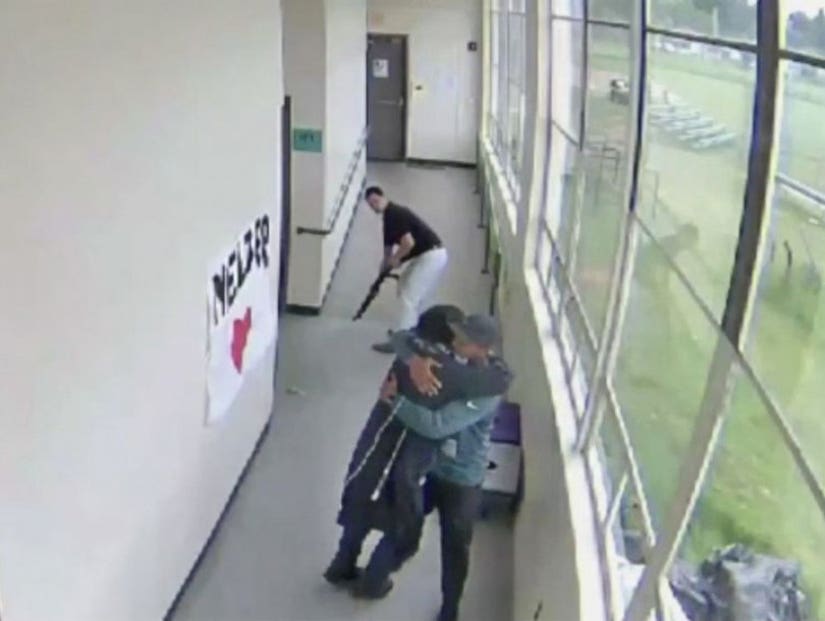 "When confronted with the test the universe presented me with, I didn't see any other choice but to act," Keanon Lowe tweeted a day later.

A newly released video shows the tense moment a high school football coach disarmed and embraced a student who brought a loaded shotgun into a high school classroom in Portland, Oregon.

In the surveillance footage obtained by ABC News station KATU, Keanon Lowe -- a former University of Oregon football star -- tosses the gun's clip in the hallway as he slowly walks out of the classroom with one hand on the gun and the other on student Angel Granados-Diaz.

After Lowe hands off the gun to another faculty member, he hugs Granados-Diaz closely and rubs his back. They are later seen sitting on the floor of the hallway as police arrive to take Granados-Diaz into custody.

No one was harmed as students and faculty hailed the coach a hero.

"I don't know if 'hero' is the right word but the universe works in mysterious ways and I was meant to be in that classroom and I was meant to stop a tragedy," he told KOIN 6 News after the scare in May of this year. "I told him I was there to save him. I was there for a reason and that this is a life worth living."

A day after the event, Lowe tweeted, "When confronted with the test the universe presented me with, I didn't see any other choice but to act. Thank God, I passed. I've spent the last 24 hours being more appreciative of my family and realizing we have a serious problem."

First you see the gunman with a shotgun hidden under his jacket walk by in the lower right of your screen, and then moments later kids flee. https://t.co/8jiwecCjg6 pic.twitter.com/ei0yOOCBJN

Investigators said Granados-Diaz, then 18, was dealing with 'mental issues" and wanted to commit suicide, according to The Oregonian.

Social media was filled with praise for Lowe from followers who were affected by the striking video.

The reason you've never heard of Parkrose High School in Portland, Ore -- and why it isn't on this year's list of school shootings -- is because of Coach Keanon Lowe, who disarmed and embraced a student with a gun who was having a mental health crisis https://t.co/OcAqVEzrYQ

When I signed up to be a Security Guard, Football and Track & Field Coach for Parkrose High School, I did so to guide and coach young people whose shoes I had once been in. I had no idea, that I would one day have to put my life on the line like I did yesterday for my students.

"I have not been this moved in a very long time. Impossible to not get emotional watching this," wrote one fan.

Several celebrities took to Twitter to show support as well. 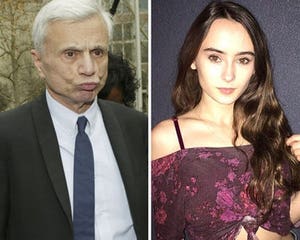 Paris Jackson called the video "both heartbreaking and beautiful," while Alyssa Milano said it was "powerful." Jeffrey Wright called Lowe a "good man with a heart and mind," as Loni Love posted, "This coach was a hero!"

TooFab has reached out to Lowe for an update on his heroic life.

In May 2019... this coach was a hero!!!
Stunning surveillance footage captured the moment high school coach keanonlowe in Oregon disarmed a student with a shotgun and then embraced him. Police eventually arrived and… https://t.co/3RvfMMzYOl