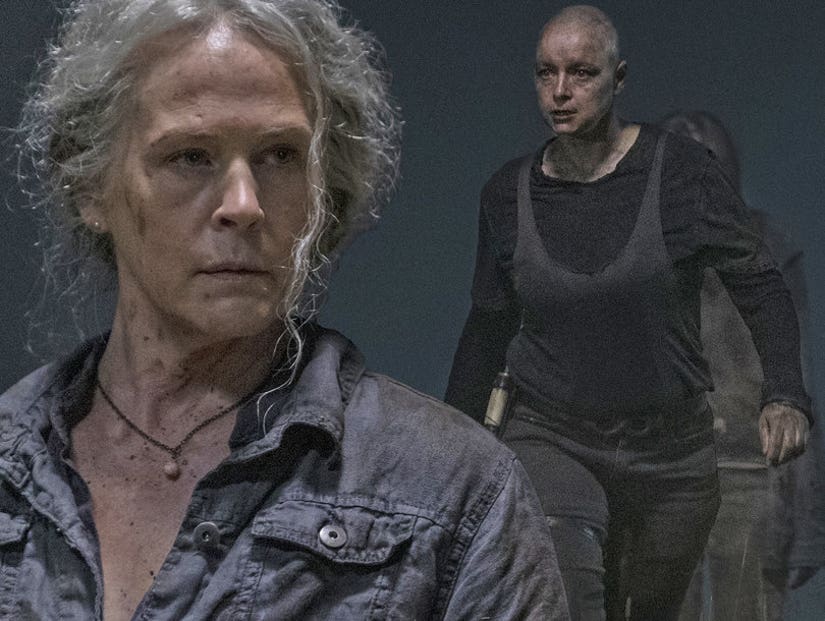 Plus, another survivor begins to warm up to Negan ... kinda.

But Alpha isn't the only thing plaguing the residents of Alexandria, who were also dealt bouts of temporary blindness, hallucinations, PTSD and an onslaught of zombies that kept arriving in waves.

Let's start with those zombies, which arrived at Alexandria's door in new batches every two hours for over two days. The survivors believed Alpha was sicking her horde on them after they had crossed the borders on multiple occasions, but Lydia said that wasn't her style. Gamma basically confirmed Lydia's beliefs when she popped up, saying the walkers weren't from them as she demanded Michonne and company meet Alpha for a chit chat.

The meeting between the two parties probably could have gone a little better, as Alpha ripped them a new one for wandering into Whisperer territory. Understanding why the survivors felt they had to put out the fire, however, Alpha showed some mercy -- simply asking for more land and not anyone's life. Carol talked back, though, saying none of them need to "put up with this bullshit." 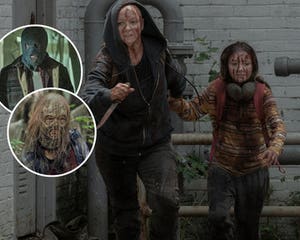 The Walking Dead Reveals Backstory of Alpha and Beta's Partnership -- and His Skin Mask!

Alpha twisted the knife when it comes to Carol's grief, telling her Henry "screamed your name just before we took his head." Carol responded as any wildly sleep deprived, battle worn and vengeful person would when confronted with nasty comments from the person who killed their son: by nearly shooting her in the head. Michonne intervened just in time, the bullet flew elsewhere and Alpha forgave her, "mother to mother."

They all walked away unscathed, but Carol was furious. "That bitch has to die," she told Michonne and Daryl, who became increasingly worried about their friend as she continued to unravel. Unravel how, you ask? First, she spied Whisperers on their land who may or may not have actually been there. Then, when they reached a building where she thought they may have run to, she started seeing things.

Her first hallucination was a home-ec book cover that showed her -- in her shaved head days -- at the dinner table surrounded by all of her dead children. She then dreamed up an entire conversation with Daryl, as he (AKA her subconscious) warned her of the dangers of being overtired. Lastly, she believed she was trapped, hung upside-down by her feet and tasked with killing a group of walkers. As an alarm went off, she found herself surrounded by zombie corpses. What really went down here, we're not entirely sure -- though we later learn she was right about one thing: they were being followed.

The last shot of the episode flashed back to the room full of walker bodies, before following a trail of blood revealing that one of them was, in fact, a Whisperer. She may be a little off her rocker, but Carol's still perceptive! 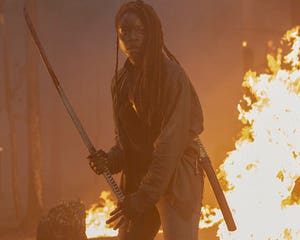 In the B-storyline this week, Negan came a little closer to freedom, as Aaron begrudgingly recruited him to help fight off wave after wave of walker coming toward Alexandria. The partnership was all Gabriel's idea, but Aaron still didn't trust the town prisoner at all.

The two really got into it as Aaron brought up the death of his boyfriend, Eric, who was killed by a Savior. "Tell me why the love of my life had to die!" he asked, as Negan suggested he wasn't being protected well enough and everyone was just doing what they could to survive. That only infuriated Aaron more, but a walker covered in a toxic plant interrupted the argument, attacked Aaron and gave Negan a window to escape.

Temporarily blinded by the hogweed growing on the zombie, Aaron was in dire need of assistance -- which Negan eventually provided. A new understanding between the two seemed to have been formed here -- though star Ross Marquand told TooFab not to expect a full-on friendship between them anytime soon.

Elsewhere, Eugene got a crushing blow from Rosita, who made it explicitly clear that she would never be interested in having him as anything other than a friend. We thought that was already clear as crystal, but it devastated Eugene, who really just needs to get over it. Viewers also saw Siddiq struggle with his PTSD from being the sole survivor of the fair massacre. Just before he really began to spiral out of control, he was finally able to talk about it with Dante, a medic who served in Iraq. Yay new friends! 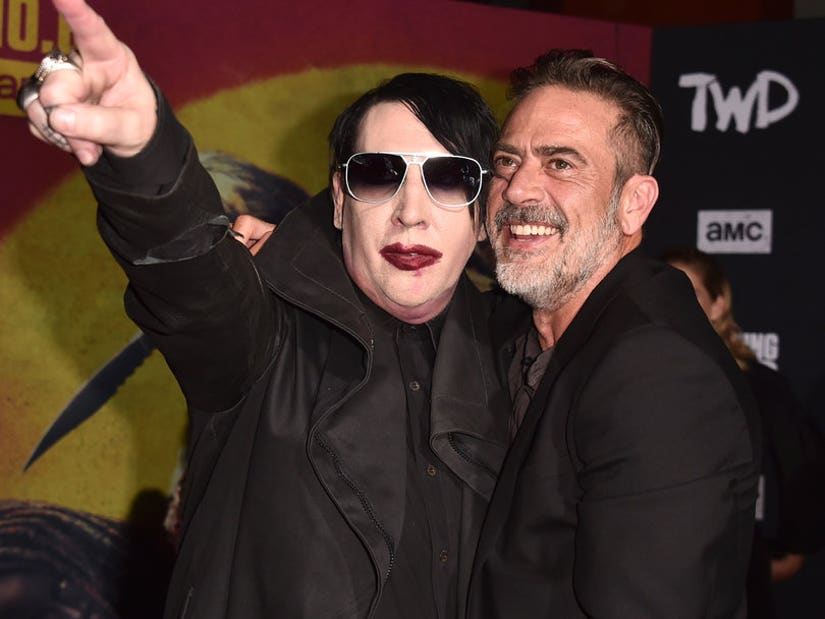