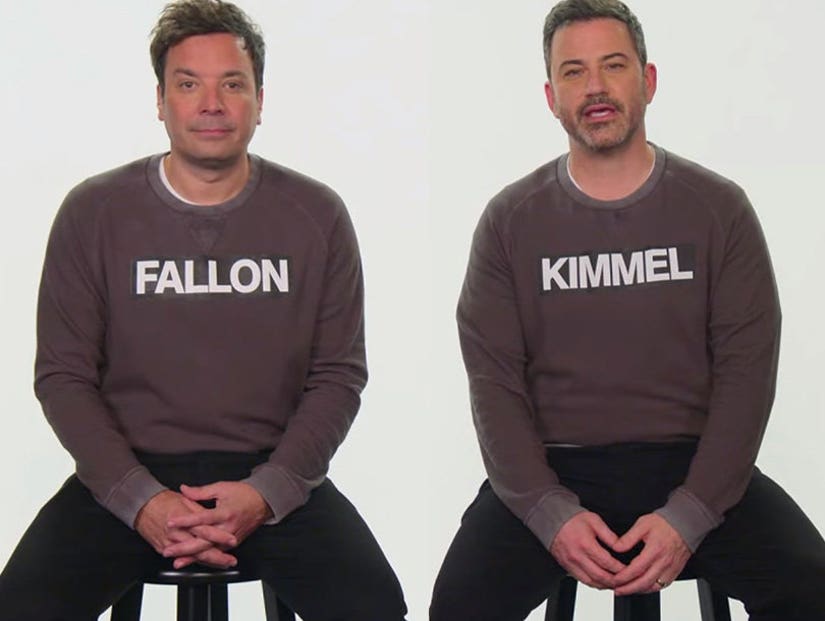 The late-night hosts join forces for a PSA to help fans know the differences between the Jimmys ... if there are any!

It's been a problem in late night for years, so finally Jimmy Kimmel decided to do something about it by helping fans differentiate between the late-night Jimmys.

While the "Jimmy Kimmel Live" host was filming his show in New York, which he said only made the confusion worse for people, he invited "The Tonight Show" host Jimmy Fallon to join him in a PSA-style video to help clear up the confusion once and for all. 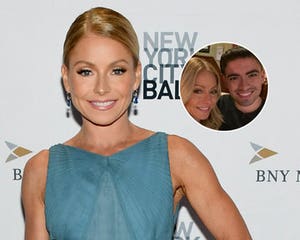 To help us out, they each wore the exact same outfit so we could easily-- okay, actually, that wasn't all that helpful. But they did put their last names across their chests like professional athletes who don't know which direction to put a shirt on. That was a little helpful.

But what mattered most was that people saw that the Jimmys are two distinct people. Sure, they're both white and they both have dark hair and they both host a late-night talk show that airs at the same time. But that doesn't mean they're the same person.

After all, as Kimmel pointed out, he was born in Brooklyn, New York. 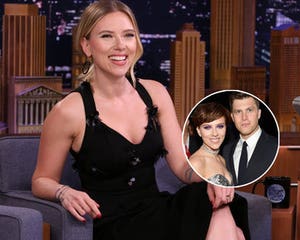 The One Rule Scarlett Johansson Has For Colin Jost's Bachelor Party

From there, it was an exercise in trying to find out what was different about the two men, and even they started to get confused. Breakfast? "Oatmeal with baby carrots on top." Favorite expression when frustrated? "Nipples!" followed by "Holy shift stick on a 1982 Pontiac Grand Am."

That was, after all, Jimmy's first car. Oh, and Jimmy's too. This isn't working very well.

Pizza underwear? Check. Finally, Kimmel came up with the best way to tell the difference, if only-- 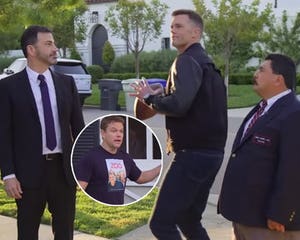 "Matt Damon?" Fallon said, finishing his sentence. "Oh no. He is the biggest loser in the world." These last three words they said together because at this point their brains had started melding into one singular conjoined consciousness. James Corden is just one nickname from joining them and then who could stop them?

Somebody had better warn Jimmy Colbert he'd better not go to New York or -- wait no, Stephen Colbert. Oh no, it's already happening. The Jimmy hive-mind is taking over!

Jimmy Meyers, Jimmy Oliver, Jimmy Noah and Jimmy Bee are doomed! And poor Jimmy Singh; she was just getting started! 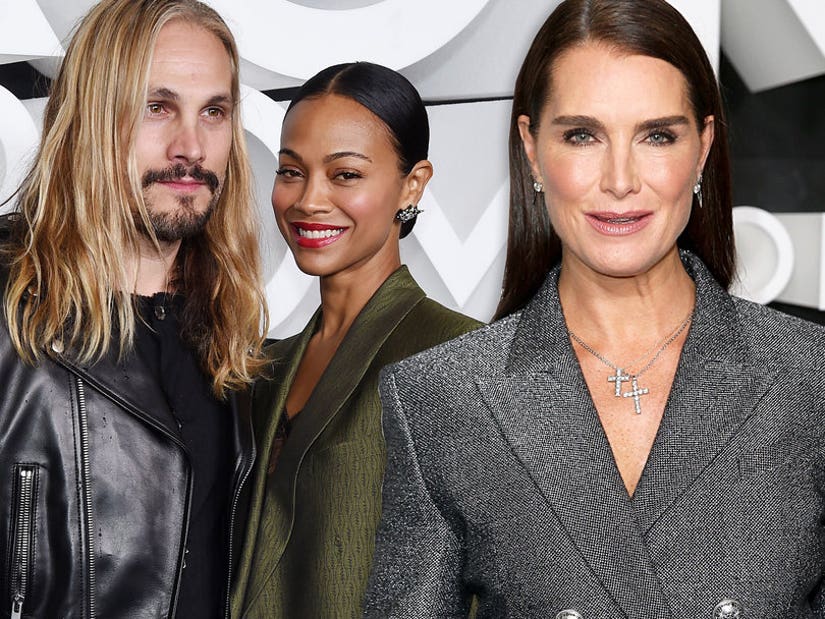