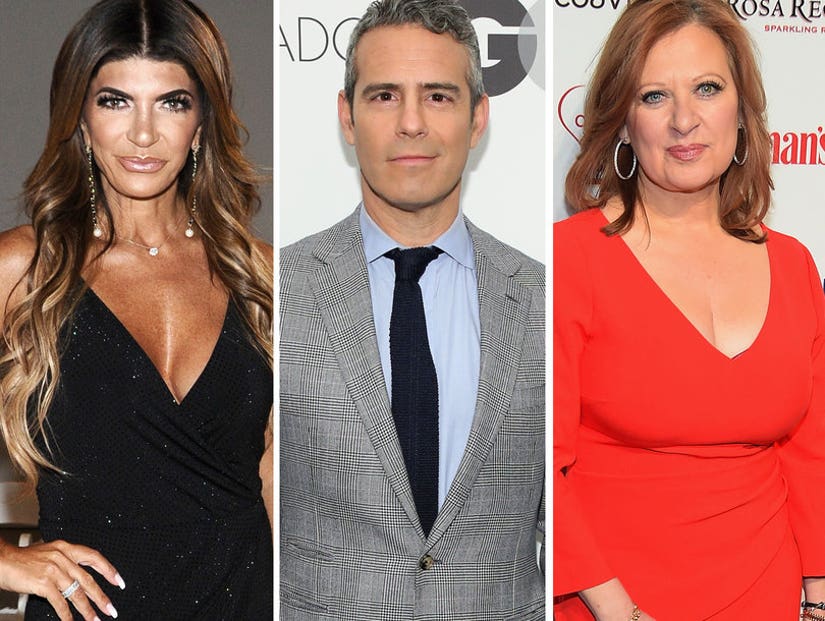 Cohen reveals the one thing he wishes he said to Teresa during that sit-down.

Andy Cohen's big interview with Teresa and Joe Giudice was still a big topic of conversation on Monday, after the explosive special got everyone talking.

On his regular Sirius XM show Radio Andy on Monday, the "Watch What Happens Live" host was asked all about the wild sit-down, where the couple tackled everything from their marriage status to cheating allegations.

"I did regret not saying to Teresa ... because she was saying all this horrible stuff about Caroline [Manzo], but Caroline's never been to jail, Caroline has never committed a crime," Andy said of his one regret about the interview. "I brought up...and it just hit me, it was not anything I had planned on asking her, but as I was sitting I realized that I remember Caroline making a prediction five years ago. Her prediction was that Joe was gonna go to prison, Teresa was gonna get strong and independent, and then was gonna divorce."

When Cohen brought it up during the interview, Teresa became defensive and wondered if Caroline was the "rat" who reported them to the feds. "Could she have anything to do with what happened to Joe and I? Is she a rat? With her saying that? Those words would never come out of my mouth, regarding anybody," said Teresa. Joe calmly said it wasn't the Manzos because he claims he knows who snitched.

On his show, Andy said that he had spoken with Caroline after the episode aired and she wasn't thrilled. "Umm, the answer is … we did speak the other day. I would say that she is not pleased and I would say that you will probably be hearing from her in some capacity. Soon,” he explained.

Caroline herself reacted to Teresa's accusation on her Instagram page. First, she reacted to Teresa clumsily saying, "If you haven't cried, your eyes aren't beautiful" and, because of that, she must have the "most beautifulest eyes in the world."

"I don't typically dance and sing this early in the morning, but I have to laugh. I couldn't find the word 'beautifulest' anywhere, I'm sorry," she said. "But you'll be hearing from me soon." She also played a snippet from the Whitney Houston song, "If You Say my Eyes Are Beautiful."