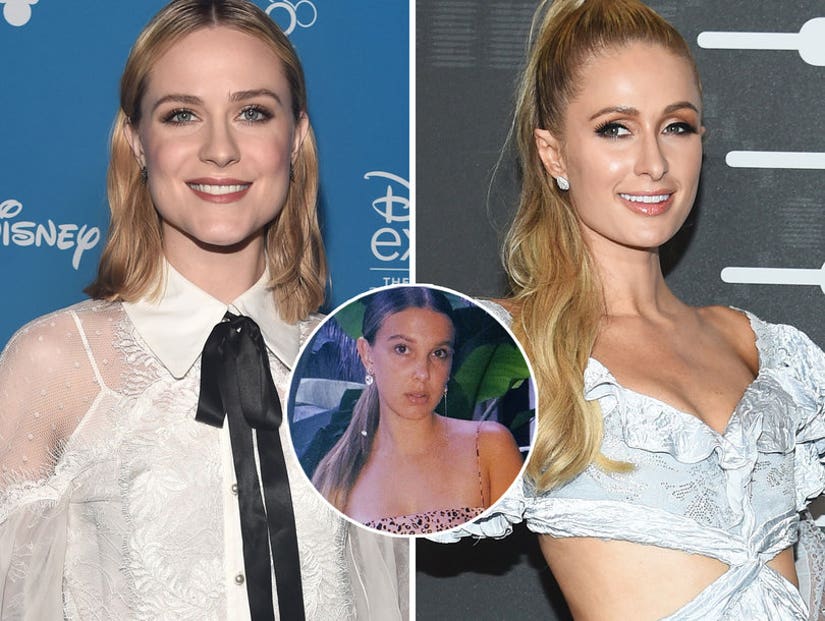 The "Westworld" actress calls out Hilton over her famous catchphrase.

"That's hot" isn't so hot of a comment for a 15-year-old girl, so says Evan Rachel Wood.

A mini (and random) Instagram feud broke out in the comments of "Stranger Things" star Millie Bobby Brown's latest post, after the young star shared a pair of photos showing her in a pink leopard dress and a slicked back pony.

"That's hot," Paris Hilton wrote in the comments, dropping her signature catchphrase alongside a heart emoji. Wood took issue with Paris' reaction, however, and directly responded to her by saying, "@ParisHilton she's 15." Wood's comment has since generated over 12k likes, more than Hilton's original post received.

While Paris herself has yet to respond to the "Westworld" star, a number of commenters on Brown's post defended Hilton. "Y'all are like 'Paris she's 15,' when Paris has been saying 'That's hot' since she came out of the womb. pls take a seat," wrote one popular response. "I'm screaming all these young kids are mad at you for saying that's hot cuz they're too young to know that was your phrase back in the day," wrote another.