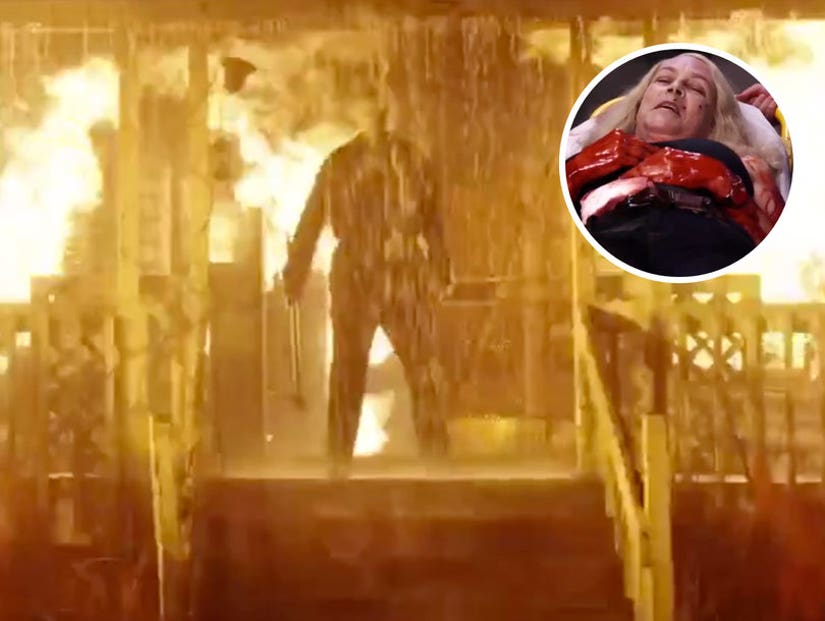 No tricks here, just a treat from the Blumhouse crew.

The 2018 "Halloween" reboot ended with Michael Myers trapped in a basement, engulfed in flames. Spoiler alert: It looks like he gets out.

In honor of the titular holiday, Blumhouse dropped the first footage from the set of "Halloween Kills," which will pick up immediately where the last one left off.

"'Tis the season..... to start screaming. First look at the mayhem [director David Gordon Green] has created for all of you," wrote star Jamie Lee Curtis, who sent out the clip on her on Twitter page as well.

The video shows Laurie Strode's home on fire, with Michael standing on the front porch as it burns behind him. He's later seen choking an unknown woman and possibly getting shot at by another.

We also get our first look at Anthony Michael Hall as Tommy Doyle, a character from the first film, and what we think is a quick glimpse at Kyle Richards in action. The "Real Housewives of Beverly Hills" star played Lindsey Wallace in the original and will reprise her role in this sequel.

Also returning are Judy Greer as Karen Strode, Laurie's daughter, and Andi Matichak as Allyson, Laurie's granddaughter. Allyson is seen brandishing a shotgun in the clip.

The video ends with Curtis on a gurney in the hospital, as she tells the camera, "Happy Halloween."