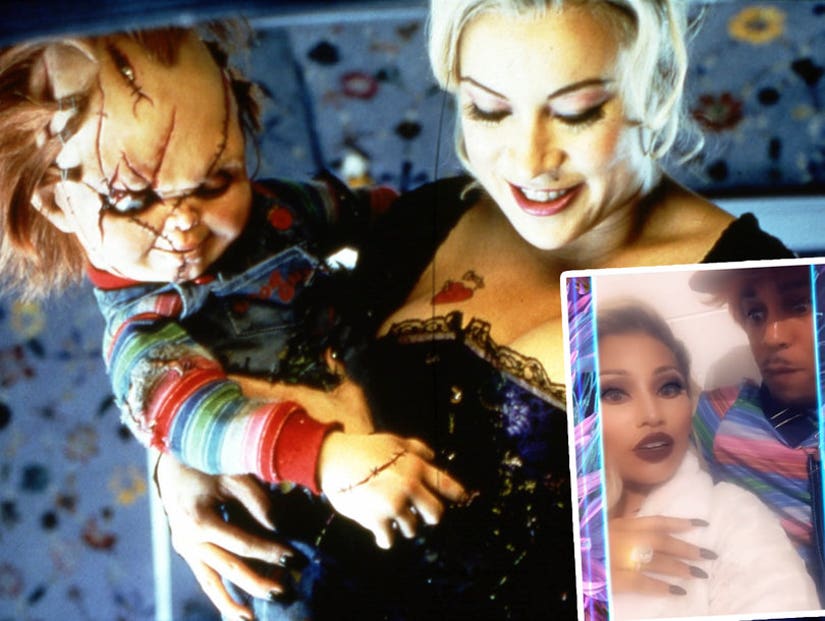 Nothing but love here, from one doll to another.

Nicki Minaj went above and beyond for Halloween this year, dressing up with her new husband Kenneth Petty as horror icons Tiffany and Chucky from the "Child's Play" series. And the woman behind Tiffany is living for the tribute.

"When I played Tiffany 25 years ago I had no idea she would become such an iconic character," star Jennifer Tilly -- who appeared as the killer doll's equally maniacal bride in "Bride of Chucky" and its sequels -- told TooFab after seeing the couple's photoshoot.

"Over the years she has been portrayed by everyone from Bella Thorne to Debbie Harry (not to mention countless drag queens)," she added, "Now to have the equally iconic Nicki Minaj recreate the proposal scene from 'Bride of Chucky' with such fabulosity is truly a thrill!"

In the photos, Petty gets down on one knee and proposes to Minaj with a giant rock on a severed finger, just as the doll himself popped the question in the 1998 film.

According to TMZ, the ring cost a whopping $1.1 million and features a 17-carat center with VVS2-clarity diamonds.

Don Mancini, the man who created the "Child's Play" franchise, also loved the rapper's photos and tweeted out, "Thank you@NICKIMINAJ, I am so honored!" He also shared a side-by-side of Nicki and a shot from the film, adding, "LIFE IMITATES ART."

TooFab caught up with Tilly in 2017 to talk about her role in "Cult of Chucky," where she looked back at the character's surprise success.

"I honestly thought it was a one-shot," she told TooFab. "And Gina Gershon told me -- cause I was sort of on the fence about whether I wanted to do the movie or not -- she was like, 'Oh my god, you should do it, you would have a franchise!' She said 'I would do anything to have a franchise!'"

"I was like, 'Well, I turn into a doll in this movie, I can't really imagine there's going to be more than one,'" she added. "This is my fourth Chucky movie, I'm pretty sure I'm going to be in every Chucky movie until the end of time as long as Don Mancini is at the helm, because he sees me as sort of his lucky charm." 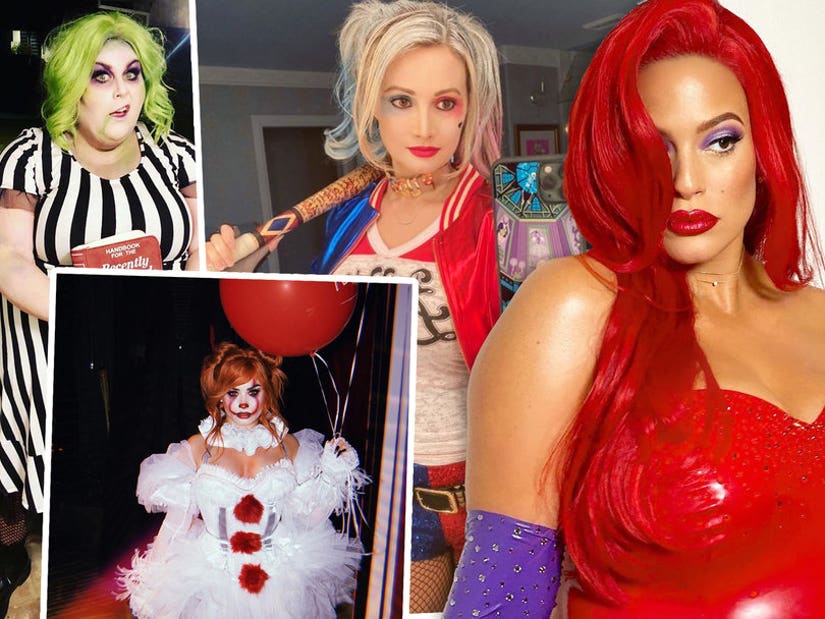