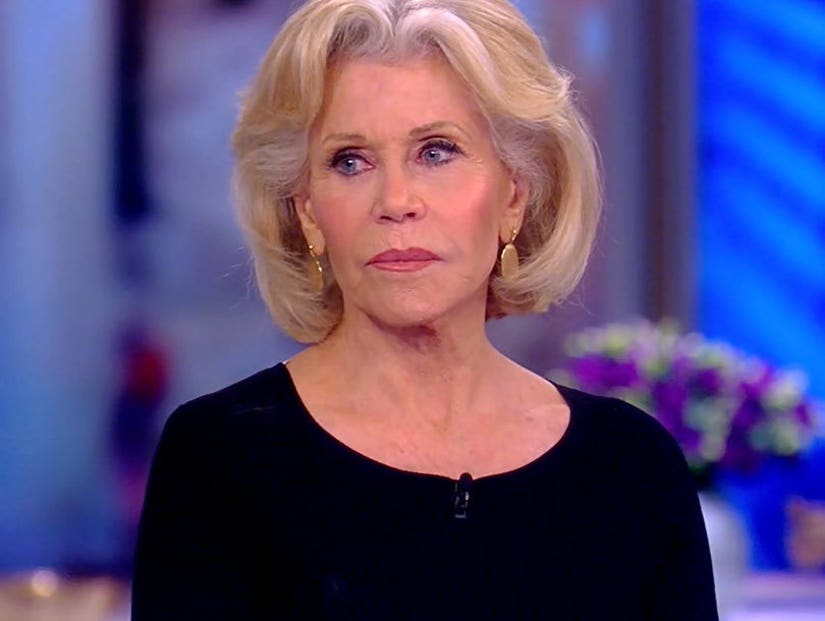 As Abby Huntsman says she worries "about an uncivil society," Fonda says we're all running out of time to make a difference.

Fresh out of the clink, Jane Fonda appeared on "The View" Tuesday morning to defend her string of arrests while taking part in climate change demonstrations on Capitol Hill.

While Meghan McCain and Sunny Hostin sat the conversation out, Fonda opened up about her fight and recent time behind bars with hosts Whoopi Goldberg, Joy Behar and Abby Huntsman, the latter of whom questioned Fonda's approach.

After walking out, Fonda first talked about spending a night locked up after her fourth arrest protesting the fossil fuel industry. She's calling her initiative Fire Drill Fridays. 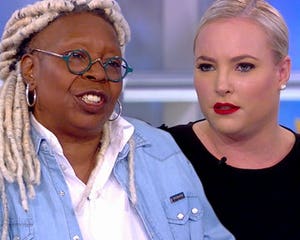 Whoopi Breaks Up Heated 'View' Debate Between Joy and Meghan: 'Everybody Let's Take a Breath'

"It wasn't a prison and it wasn't a normal jail, it was a holding cell for people waiting sentencing," she said. "Conditions weren't great for old bones like mine on a metal slab, but the saddest part of it was seeing how -- because our country doesn't give enough money to resources like social safety nets and mental health institutions -- there's so many people in jail for poverty and racism and mental issues and it's only going to get worse as climate gets worse."

Huntsman then asked if Fonda was "trying to tell the next generation" to go as far as they can to make an impact and "break the law, get arrested, do what you need to do?"

Fonda, however, said she was actually inspired by the younger generation, pointing to protests from the Sunrise and Extinction Movements and other "young people who are leaving school to protest their future that we're taking from them." Seeing their passion made her say, "We gotta get out there and join them."

.@Janefonda defends her four arrests for taking part in climate change demonstrations on Capitol Hill, saying “we have to up the ante and engage in civil disobedience which means risking getting arrested.” https://t.co/B1ZKxyDQlb pic.twitter.com/l74a9TF9gZ

"Is there a way to do it without breaking the law?" Huntsman then asked, adding that she worries "about an uncivil society." Fonda said she sees no other option.

"Climate activists have been doing this for 40 years. We've been writing articles, we've been giving speeches, putting the facts out to the American public and politicians and we've marched and we've rallied peacefully and the fossil fuel industry is doing more and more and more to harm us and the environment," Fonda explained. "So we have to up the ante and engage in civil disobedience, which means risking getting arrested. We have 11 years to avoid catastrophe. We can't do it unless people mobilize in the millions in the streets."

Huntsman continued to push back. "Here's the problem I have, I'm for climate change," she said, clearly misspeaking. "But right now, the conversation that's being had about a $93 trillion Green New Deal and, on the other side, having climate deniers, we're not having a conversation as a country and that's frustrating to me." She also blamed "political hyperbole" as part of the problem, calling out Alexandria Ocasio-Cortez for saying it's a "legitimate" question to ask if it's still responsible to have children. 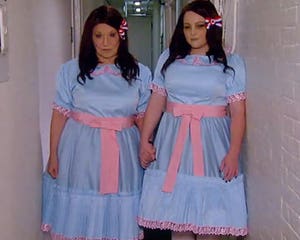 After Huntsman said the Green New Deal "is never gonna happen in this country," Fonda argued funding it would be possible if the military's budget was cut. "$600 billion, that'll fund Medicare for all and would fund the Green New Deal in large part," she added.

Following a commercial break, Huntsman once again said there wasn't a "real conversation" happening between both sides of the argument.

"It's hard to have the conversation that's needed when we have the present person in the White House ... we have to get this guy out ... everybody that's looking, we have to vote," said Fonda in response. "Our future, the future of our children, they will not have a livable future. We have to fight for the future of the young people. It's really gonna be hard, so we have to be incredibly brave and risk arrest."

With Whoopi and Joy clearly siding with the actress/activists, Behar added, "We need a billion Jane Fondas" -- before they presented her with a care package for the next time she goes to jail. 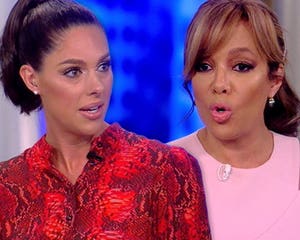