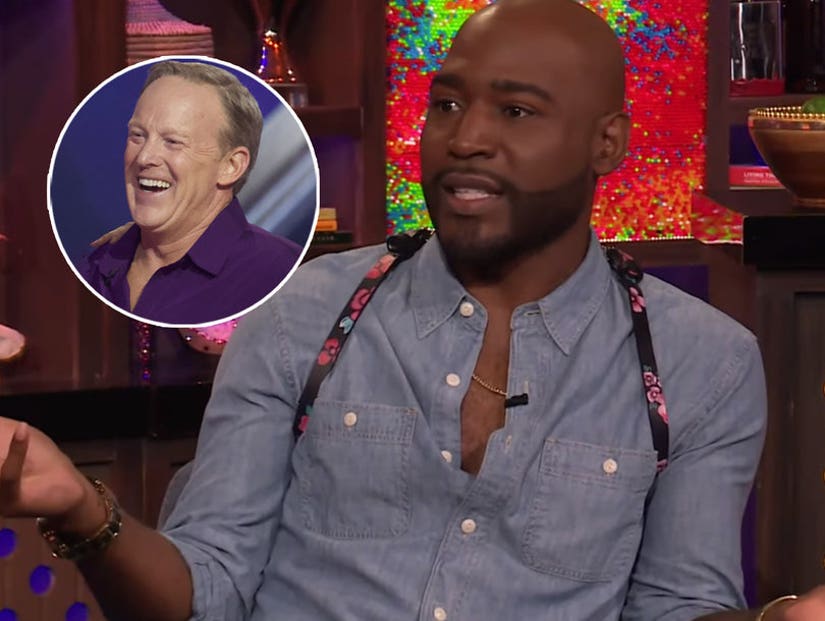 "There was no friendship," he says of his relationship with Spicer on DWTS.

As Sean Spicer continues to slide by on "Dancing with the Stars," despite being the absolute worst dancer on the show, eliminated contestant Karamo Brown feels he was prematurely booted.

Appearing on "Watch What Happens Live" on Tuesday night, the "Queer Eye" star was asked how he felt about Donald Trump's former press secretary still being on the show, surviving longer than far more impressive dancers.

"I can tell you I had an amazing time on the show. I was robbed. I should have still been there," he began. "But you know what, I have a lot going on. 'Queer Eye' just premiered with a new season."

Andy Cohen, however, wasn't going to let him sidestep the question. "Okay, plug machine, what about the fact that Sean Spicer can't dance and he's still on the show?" he reiterated.

"He can't dance, that's literally what it is," Brown replied. "But it's also fan votes and middle America watches the show and they vote for him. And also, our president, who should be doing other stuff, has been tweeting 'Vote for the man.'"

Karamo was then asked about deactivating his Twitter account over backlash he received for agreeing to be on the show with Spicer, due to his connection to the Trump administration. At the time, Brown said he was "excited to sit down w/ him and engage in a respectful conversation," which sparked outrage.

"I deactivated because they were giving my sons death threats. Because I was nice to Sean Spicer," he said. "There was no friendship. I was saying, if we're going to be on the same show, I'm going to have a respectful conversation with someone who's different than me. People were like, how dare you! A, if you've never seen me on television, I'm always going to be the person to build a bridge."

Brown was joined on the show by his 22-year-old son Jason, who played bartender for the night. When Cohen asked if he was in college or had graduated yet, Jason revealed he "stopped going."

His dad, however, had his back, saying "we force too many kids into college, they drop out or they don't find their path and they're in debt."

Brown also revealed he gave his fiance, Ian Jordan, "anxiety attacks" planning their upcoming wedding because he was going "really big, really extravagant" with his planning. "Now, I just don't include him," he joked.

Karamo also briefly touched on his reality show past on both "The Real World: Philadelphia" and "The Challenge," revealing he's still close with all of his "Real World" costars except one. The outlier: M.J. Garrett, who Brown said was "like a douche." 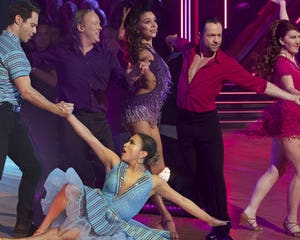 DWTS Recap: Sean Spicer Shocks and Confuses -- As This Star Is Eliminated