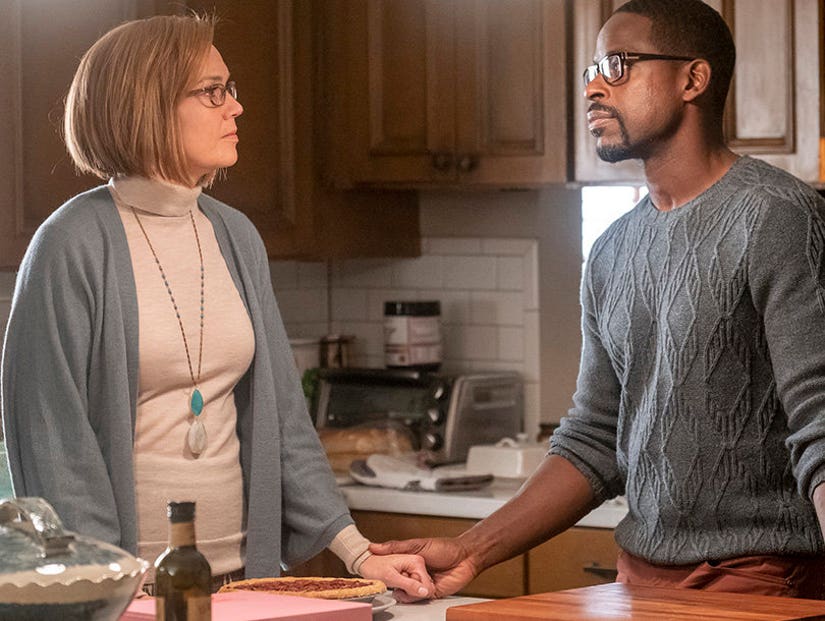 In the best surprise since the pilot, "This Is Us" totally subverts our expectations with a terrifying flash-forward promising shocking and horrible developments and we have so many questions!

Just when you think you've got the rhythms of "This Is Us" down, the show goes and throws an incredible twist more effective than any since the pilot.

While there have been plenty of surprises along the way, this is the first time we've been successfully hoodwinked into believe an entire segment was one thing only to find out it was something else entirely. And in this case, it was a glimpse into the near future of the show and some major problems coming down the line for the Pearsons. 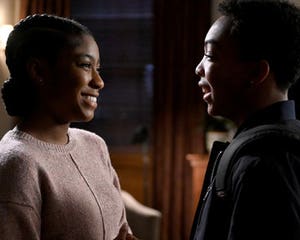 7 This Is Us Tissue Moments Ranked: Rebecca Worries Randall, Malik Takes a Stand

In fact, so shocked are we that we're going to have to tackle this episode backwards. There were plenty of beautiful tear-filled moments -- our stock in Kleenex is going through the roof -- but once our jaws hit the floor with the closing moments, we found ourselves all cried out. In fact, we may have stopped breathing.

So we'll get to those "tissue moments" soon enough, but we have got to talk about Rebecca's walk through her son's new neighborhood and how well they masked that this was a glimpse into a future NINE MONTHS! from now. Her son is in a new city. Today, that's Randall. In the future, it turns out that it's Kevin.

We even see her phone light up with a missed message, but it's not from Randall (as was happening in the now), but from Kevin. But the flash-forward wasn't just a shock for shock's sake. There were plenty of bombshell teases in that moment alone. And knowing this will be happening by the premiere of the next season, we are worried about the back half of this season, which kicks off early next year. 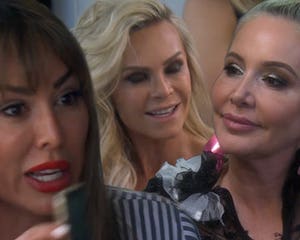 Here are the things we noticed and can't stop thinking about:

The Pearson birthday always happens at the beginning of every season, so everything to set up that moment has to happen in these next nine episodes. We are both terrified and excited about what is to come!

And now, back to our regularly scheduled cry-fest. 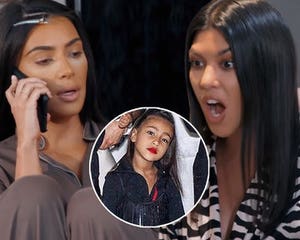 "He Did It Without Me"

Kate is really struggling with Toby getting thin and fit without her while she was dealing with having a baby and then staying at home with him and working through his special needs. Of course, seeing the text from a "Lady Kryptonite" saying, "Don't let her bring you down. Here for you," doesn't help. Granted, that could still be a dude (handle meaning perhaps he has no game), but her reaction was nevertheless indicative of her fears.

Toby could be totally committed and faithful, but Kate's insecurities are rising to the surface. At the same time, he could be drifting apart from her. That said, we got this fakeout last season with Randall and Beth so we're not going to be so quick to call this relationship dunzo, even though they've been teasing it forever. Mainly because we think they're so good together. But demons are demons and they can be hard to battle, and both of them have plenty. 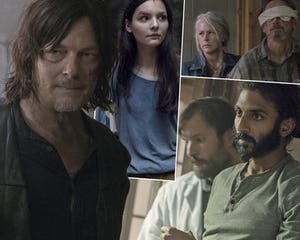 "Where Does That Leave Me?"

Beth shared a very human moment with Kate after Deja's biological mother joined them for Thanksgiving and proved to be doing great in putting her life back together. Suddenly, she was questioning her role in Deja's life and whether or not Deja still felt that she was an important part as a mother figure or not. Adoption stories are always complicated, and especially when the birth parents are still in the picture. Just remember, there's no such thing as too much love.

2 tissues (because it's real and we get it)

"My Name Is Tess Pearson and I'm Gay"

Props to Uncle Kevin for helping Tess find the strength and courage to be her authentic self at her new school. Having her tell a rando at a drive-thru was just the impetus she needed to go public at her school with her sexuality, and it's a burden she's been feeling smothered under all season long.

It's just another notch in Kevin's belt as someone who really can make a difference for others. He's helped Cassidy, Nicky and Tess so it's time he start turning all that love and compassion inward and love himself enough to help Kevin Pearson. And based on the flash-forward, that's just what happens.

2 tissues (this is a big deal) 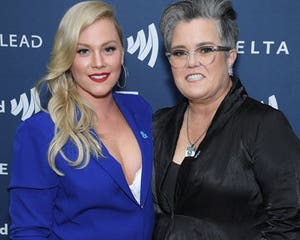 After a rough start, it was so wonderful seeing Nicky open up and begin to embrace his newfound family. Kevin has done wonders in being there for him and just showering him with love. And after a huge revelation (more on that in a bit), Nicky came to realize that these were his people and they did all share this one special person and bond in Jack Pearson.

One of the best things about the Pearson family Thanksgiving is how utterly ridiculous it is, thanks to traditions from unorthodox holidays past. So it was totally appropriate that Nicky brought his own tradition with five pounds of shrimp; a nod to his last holiday with Jack before Vietam tore them apart. Even better, a surprise flash-forward to baby Jack all grown up showed that this tradition has carried into the next generation. 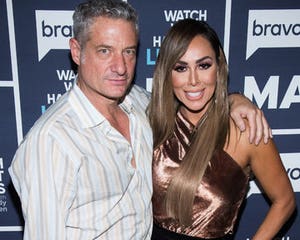 Beth needn't have worried, because it was Beth that Deja opened up to about how she was struggling with how well Shauna was doing, too. Just as Beth was having her terrible thoughts, so was Deja and it was a challenge for her. Of course she wanted her mother to be doing better, but that resentment was still there that they had to struggle when Deja was with her and now she's going to football parties.

Without delving into that at all, Beth instead asked about a video of Deja and Shauna doing the Cupid Shuffle, eliciting a smile and a sweet story about that shared moment. "Don't let yourself forget all the times you had with her when she was absolutely perfect," Beth said and it was such the perfect response for the moment. Beth is killing it as Deja's mom and even though she's not looking to replace Shauna, she's stilll an important piece of Deja's life.

4 tissues (mother of the year nomination) 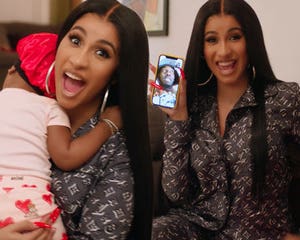 "I Couldn't Remember What Movie I Went to See"

We were so relieved when Rebecca opened up to Randall about her memory lapse in the "now." Yes, things apparently are about to go all kinds of wrong, but it's so important that she felt safe enough with him to be that vulnerable as this is about as scary a thing as an older person can go through (or really someone of any age).

It's even worse knowing how quickly she will begin to decline from here and what her future holds in the furthest flash-forwards we've seen. Rebecca lives a long life, but her fullest and most complete years might already be behind her as she begins to battle whatever ailment is striking her.

It may be more than just memory, too, as she also was certain she'd seen William in that flash-forward fake-out segment. That could be an element of her memory going, with time jumbling together in her mind, or something else entirely. We have so many questions and our hearts go out to such an amazing character as she faces such a challenging future.

4 tissues (she's so young to be facing something so scary)

"He Called It a Poem"

Easily the most powerful moment of the night (emotionally), there were so many layers to the meaning behind Randall talking to Annie and Nicky about one of Jack's favorite songs, Leonard Cohen's "So Long Marianne'" Hearing Randall talk about what the song meant to Jack stirredup powerful memories for Nicky because it was his words he was hearing as Jack hadn't liked the song at all until Nicky sold him on it with the same words Randall was now using.

Nicky had earlier told Annie that Jack erased him from his life and his family, but here was proof that that didn't happen at all. Here was Nicky's words and Nicky's passions being reflected right back to him through Jack's son. It was such a beautiful moment, Nicky wasn't the only one tearing up. And we love that he didn't even bother to try and explain why it meant so much that Jack kept him alive in the family in such a unique way (probably one of many). 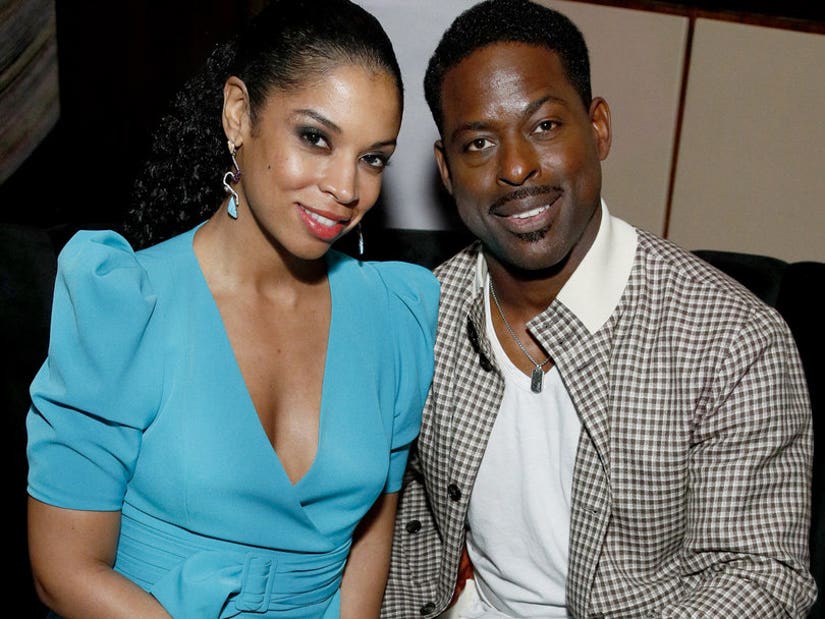