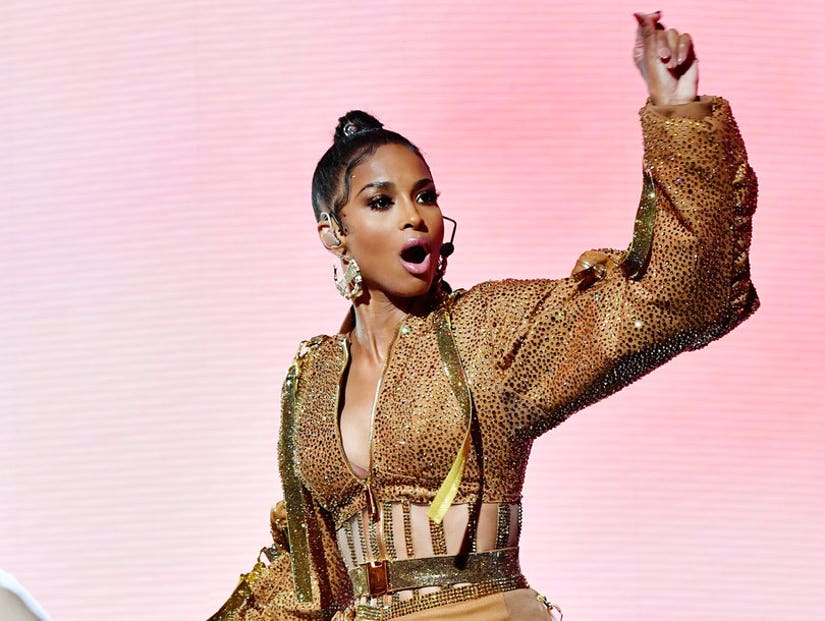 The host asked her two children -- son Future and daughter Sienna -- how she did performing and both gave her the stamp of approval.

Ciara was on double duty at the 2019 American Music Awards as first time host and as performer, and she slayed both.

After descending from the ceiling on a gigantic ring, the dazzling superstar gave a showstopping rendition of her Black girl power anthem "Melanin," owning the stage with her incredible dance skills, as she was joined by Esther Dean and La La Anthony.

The electrifying performance brought the crowd to its feet for the 47th annual gala celebrating the best and brightest in the music industry at the Microsoft Center in downtown Los Angeles on Sunday.

Ciara appeared to have absolutely no stage fright, which is understandable, since she stole the show last year at the AMA's -- hosted by Tracee Ellis Ross -- with her duet with hop-hop legend Missy Elliot.

.@ciara had the #AMAs crowd on their feet with her performance of #Melanin https://t.co/RRGMXsRtl0 pic.twitter.com/f4xDtIGDKM

Ok, the show has really started now. I don't know what that dress rehearsal we just watched was but I'm choosing to believe Ciara was the opening act. #AMAs

Ahhhh this was cute ciara and Lala #AMAs

After her performance, she announced herself as host and said, "It feels so good, it feels so surreal," asking an audience member to pinch her to make sure it was real.

She then asked her two children -- son Future Jr., five, and daughter Sienna, two -- how she did performing and both gave her the stamp of approval.

Although her husband, Russell Wilson, wasn't able to support her in the audience as he was busy leading the Seattle Seahawks to victory over the Philadelphia Eagles, Ciara said he gave her "good nuggets of support and encouragement" ahead of her emcee duties, according to Access Hollywood.

Ciara wasn't kidding when she appeared on the red carpet rocking a sensational Balmain outfit before the show and said, "You're gonna see a lot of things tonight. Get ready to have a good time, I'm just so honored to be a part of it."

And on Thursday, she shared a video of herself rolling out the red carpet for the celebrity-stacked event with the caption, "I had to check in and make sure the red carpet was ready!"