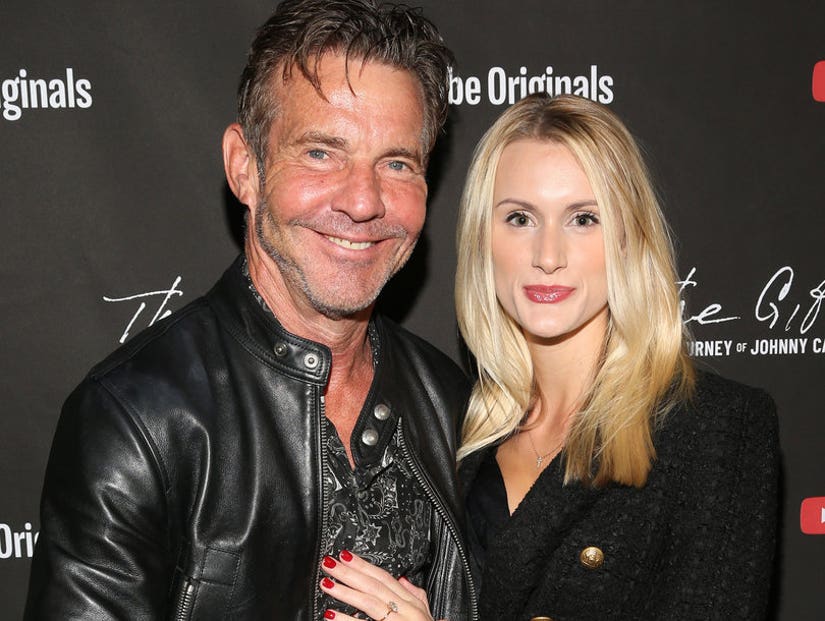 "You have no control over who you fall in love with," says the actor, 65, of his 26-year-old betrothed.

Dennis Quaid doesn't care what you think about the 39-year age gap between him and his soon-to-be wife.

"That was really a laugh," the 65-year-old actor recently told The Guardian of the press attention he and his fiancee, 26-year-old PhD student Laura Savoie, had received. "I thought it was wonderful, actually." 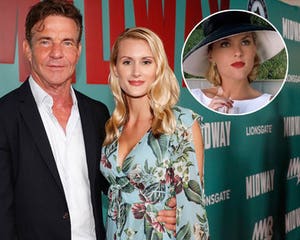 When asked if he's bothered by society's general hesitation to accept couples so far apart in age, Quaid said, "No, it really doesn't bother us. Everyone comes from the perspective of their own life and so I can't comment on the way they feel; I can't even get angry."

"I didn't go out looking for an age gap or someone really younger than me," he maintained of Savoie, who said "yes" to Quaid's proposal last month.

"I met her at a business event and then the relationship developed," he explained. "You have no control over who you fall in love with. I don't fall in love easy. But I can't let what a few people think control all that. I've been married three times and this is the final one, I know it is. I feel like I have a real partner in life." 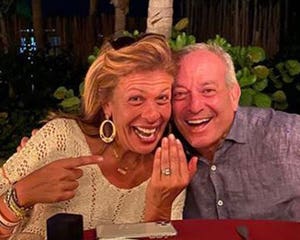 Still, that doesn't prevent the general public from weighing in on the matter. On the bright side, though, one of the many tweets that went viral in response to the engagement news was from Quaid's "Parent Trap" co-star, Elaine Hendrix, who played his much younger (26, to be exact) love interest, Meredith Blake.

"Watch out for those twins," she shared, jokingly referring to the film's 11-year-old sisters (played by Lindsay Lohan), who did not approve of their father's choice in mate. And as if life weren't already imitating art to mind-blowing extents, Quaid himself has 11-year-old twins with his third wife.

But the actor insists he found Hendrix's tweet funny, telling the publication, "In fact, that very day, we went to the Staglin Family Vineyard, where we filmed 'The Parent Trap,' I hadn't been there since 1996. So we went and they offered us the opportunity to get married there."

When asked if that was a possibility he would seriously consider, he replied, "Well, wouldn't you? For sure!" Regarding a date, he said, "I think you have to get married within a year of asking."

If Laura's on board, that means we may be looking at a summer or early fall wedding.