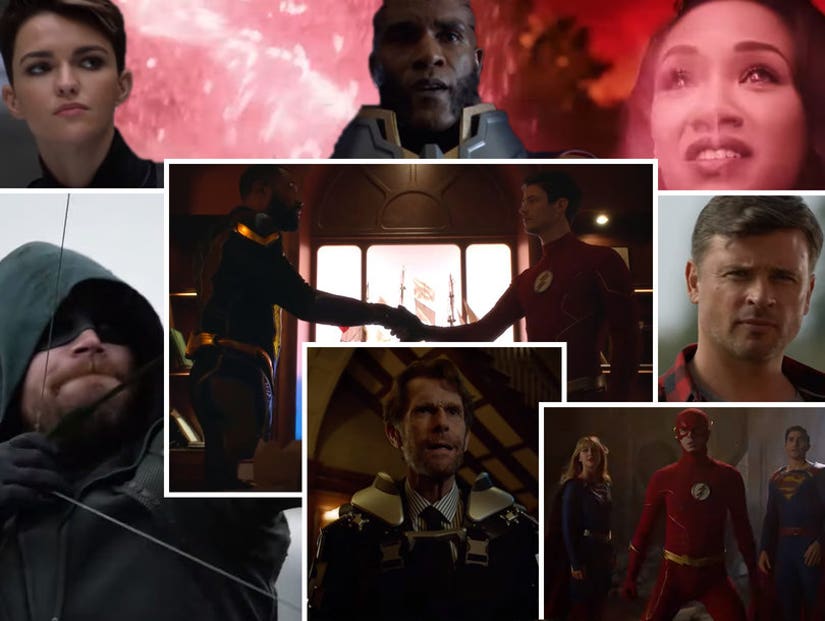 The epic saga kicks off Sunday on "Supergirl," followed by "Batwoman" on Monday and "The Flash" on Tuesday, complete with special aftershows to break down all the shocking developments.

The Arrowverse just told "Avengers: Infinity War" to hold its beer with the epic full trailer for its upcoming "Crisis on Infinite Earths" crossover event. Sure, the Marvel Cinematic Universe threw everything they had at Thanos in that epic film, but was there an entire multiverse at stake? Did they bring back stars and characters from half-a-century of superhero stories?

There's no denying that "Crisis" is the biggest thing The CW has ever tired, and while so much of it remains a mystery, the trailer certainly does a good job of emphasizing just how high the stakes are. 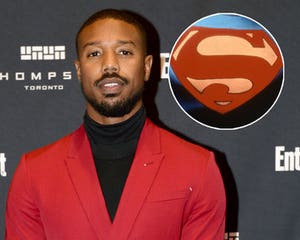 On top of that, it offers up some great glimpses of just how far-reaching this saga is willing to go, with "Smallville" star Tom Welling making an appearance, as well as "Batman: The Animated Series" star Kevin Conroy debuting as an older, extremely worn down Bruce Wayne, and Cress Williams' Black Lightning (who thus far appears to have existed in an entirely separate reality.

Sure, we already knew these guys were going to be showing up, but it's still pretty damned exciting to see them. For Conroy, this marks the first time he'll be able to play Bruce Wayne in the flesh, and the stage was set for him to reprise the role down the road. After all, Batwoman immediately recognized him, meaning that her Bruce -- if this isn't him -- looks just like Kevin Conroy.

As much fun as we've had with '90s Flash star John Wesley Shipp making sporadic appearances in "The Flash" -- and yes, he's here, too -- how great would it before Conroy to be able to take a more active role in the live-action exploits of the character he brought to life so brilliantly in what many fans still consider the gold standard for superhero animated series.

On top of cool guest stars, the trailer also gives us a very foreboding emphasis on our heroes' efforts to save Earth-38 -- which just happens to be the home of Supergirl -- and what appears to be their ultimate failure. Could this be the story that brings Supergirl (and Superman & Lois, considering they're getting their own series) to Earth-1 so everybody can play in the same reality? 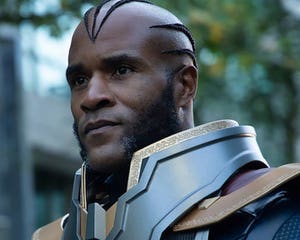 And what about Black Lightning? He joins the fight, but will he return to his own world once it's over, or will it, too, be a casualty of the "Crisis"? We've been promised that worlds will live, worlds will die, and nothing will ever be the same after this, but how big are they willing to go?

We know our intrepid team of CW heroes must gather seven heroes in an attempt to stop the Crisis, with suggestions that Tom Welling's Superman, Kevin Conroy's Batman and Black Lightning may be among the seven. Could Brandon Routh's Superman (who did not appear) be another? The original Crisis had two Supermen battling for the sake of everyone.

One thing is for sure, this looks like the biggest budget-busting blowout we're likely to ever see on The CW, and it's definitely the most ambitious crossover event to date. 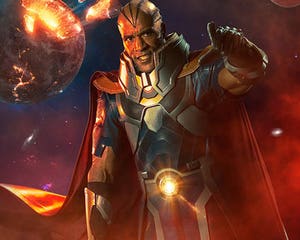 The whole thing kicks off in "Supergirl" on Sunday, followed by "Batwoman" on Monday and "The Flash" on Tuesday. Then, the five-part saga picks up in 2020 with "Arrow" and a special installment of "DC's Legends of Tomorrow." It's such a big deal for the network, they've even scheduled "Talking Dead"-like aftershows for the first and third parts of this opening salvo.

We can't wait to see how it shakes out and who is left standing when the red skies disperse. 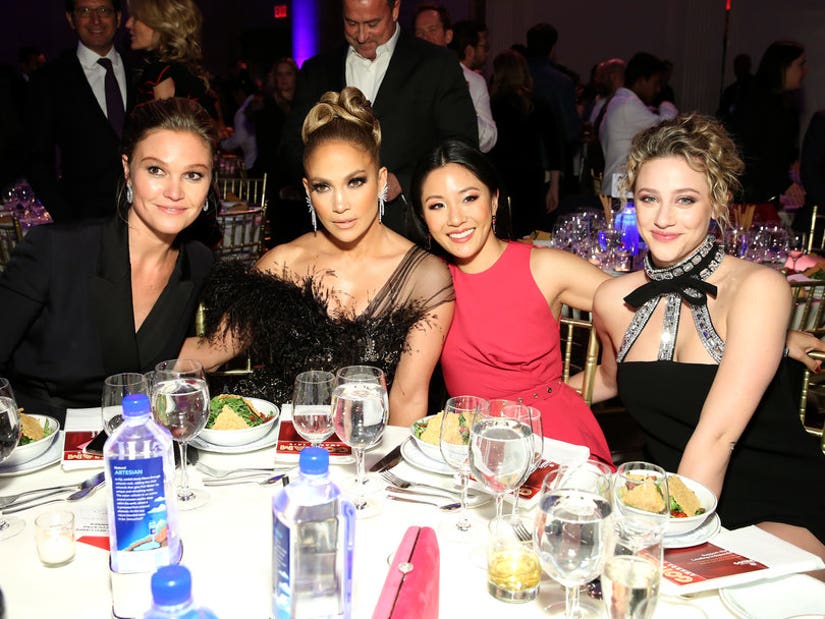