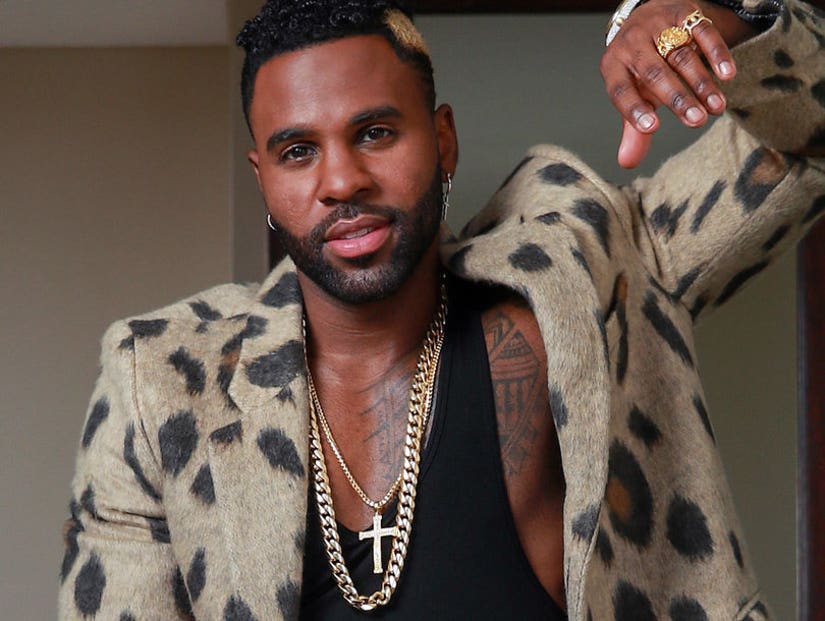 Jason Derulo just called out Instagram for pulling down one of his most popular posts. Yes, you know the one.

The singer/star of the upcoming "Cats" movie made headlines in November when he shared a photo of his wet physique while wearing nothing but tiny black boxer briefs. The post's comments were flooded with eggplant emojis as his followers really focused on one particular portion of the picture.

It was all apparently too much for the social media platform, however, as they then pulled it down.

The singer posted his removal notice from Instagram to his page on Tuesday night, along with the old photo for anyone still looking for it. In the notice, Instagram said the image went against their community guidelines and was pulled "for nudity or sexual activity."

"Fuk u mean? I have underwear on... I can't help my size," he captioned the image. In a followup caption, he added the hashtag #bringbackAnaconda.

So far, his fans are in full support of the photo's return -- with one popular comment calling its removal a clear case of "DICKSCRIMINATION."

A Facebook spokesperson tells TooFab the photo in question was removed "as it was in violation of our Community Guidelines for sexual activity in featuring aroused genitalia."