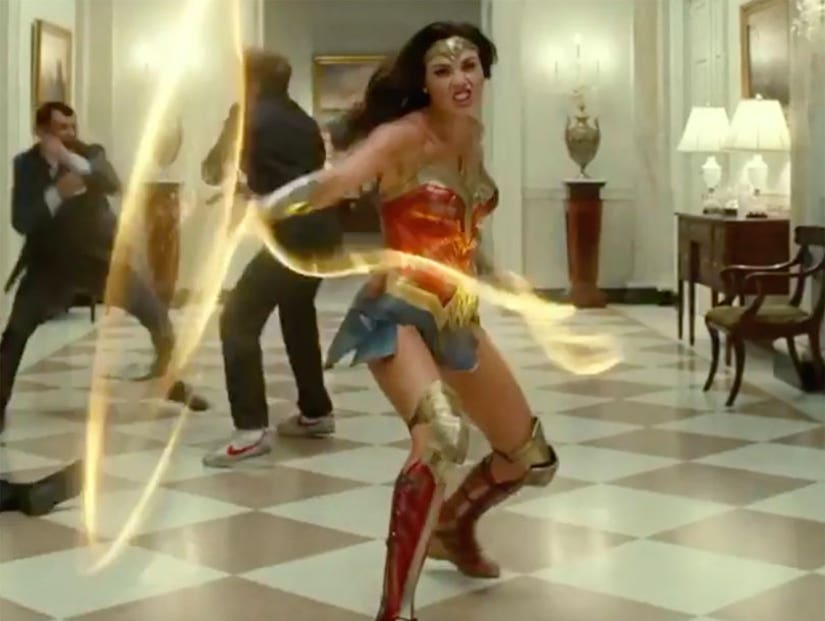 After being pushed back from its November 2019 release date, the movie will hit theaters in 2020.

It's been a whole year since "Wonder Woman 1984" wrapped production and now, we're FINALLY getting the very first trailer for it.

While footage at Comic-Con 2018 simply showed Gal Gadot's superhero fighting crime in a mall, the footage Gadot and director Patty Jenkins brought to CCXP Brazil on Sunday gave us all a much better idea of what to expect when the movie hits theaters in 2020. 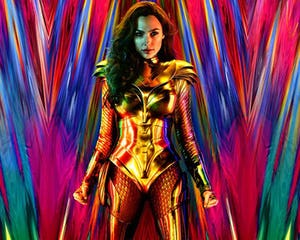 They are really leaning into the 1980s hard with this one, and it captures all of the neon-glowing, synthesized magic of the decade of excess. There's big shoulders, big hair and even a huge shopping mall, because just ask "Stranger Things," nothing says the '80s like a shopping mall.

But perhaps most importantly, there is Gal Gadot and Chris Pine together again, though with no explanation of just how that's possible. We also get our first glimpse of Kristen Wiig's relationship with Diana before she becomes the world's first Cheetah girl.

From some truly awesome action sequences -- is she using the magic lasso to swing from lightning bolts? Is this "Mad Max" superhero style? -- to gorgeous shots of Themysciria and her Amazon sisters, "Wonder Woman: 1984" is bringing back almost everything that made the first one so special, catapulting it into one of the most memorable decades. And it looks totally radical!

Returning with Gadot in the film is Chris Pine's Steve Trevor, despite being killed in the first movie. Kristen Wiig also joins the cast as The Cheetah, while Pedro Pascal will play fellow thorn-in-the-Justice League's side Maxwell Lord.