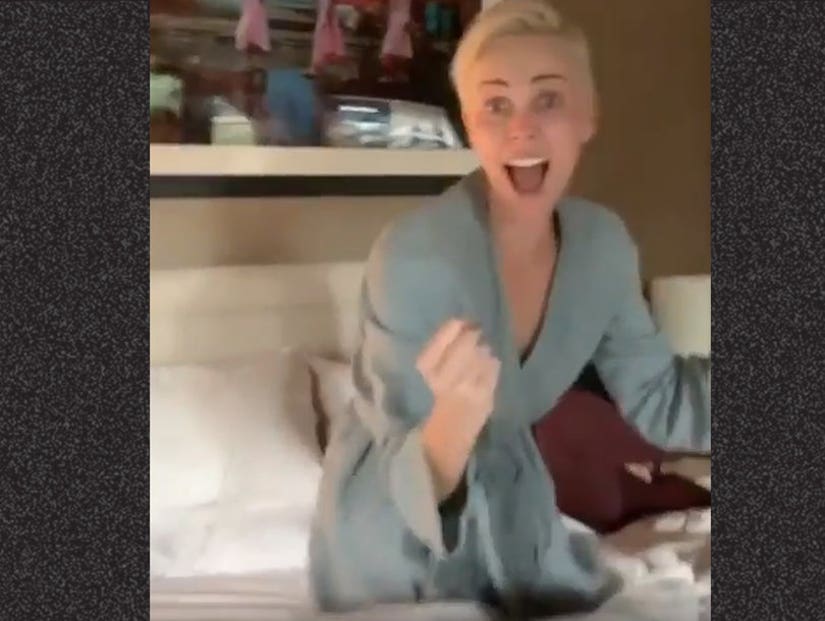 "Got a bit too excited about the @sagawards nomination for our cast of #BombshellMovie," Theron wrote.

Charlize Theron had the best reaction to her latest movie "Bombshell" getting nominated for Screen Actors Guild Awards this morning.

Not long after the nominations were announced Wednesday morning, the Oscar winner shared a hilarious video on social media, which documented her learning the news that her flick received a nom for Outstanding Performance By a Cast in a Motion Picture.

Even Theron admitted she may have gotten a little too excited by the news.

In the clip above, which the actress shared on both her Twitter and Instagram accounts, Theron is seen sitting on a bed in a short robe. After seeing the good news on her television, Theron bounced on the bed and yelled, "We just got Cast, yay!"

It seemed Theron accidentally flashed the camera as the video then went to color bars. When it resumed, the "Mad Max" star continued to cheer, but held her robe a little closer to her body. Theron's adorable pup even joined her in the celebration.

"Whoops. Got a bit too excited about the @sagawards nomination for our cast of #BombshellMovie," Theron captioned the post. "CONGRATS ALL YOU BEAUTIFUL HUMANS!!!" So grateful to have been apart of this journey with you." 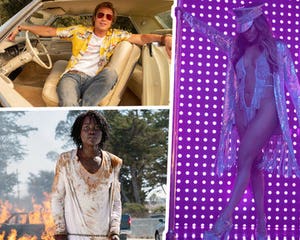 "Bombshell," which also stars Nicole Kidman and Margot Robbie, follows the story of the many women who allegedly faced years of sexual harassment by Roger Ailes at Fox News.

The film received four Screen Actor Guild nominations on Wednesday. Theron -- who stars as Megyn Kelly and is also a producer on the project -- was nominated for Outstanding Performance by a Female Actor in a Leading Role as well. Both Kidman and Robbie were recognized in the supporting category. And as Theron pointed out, the film received a nomination for the ensemble cast. 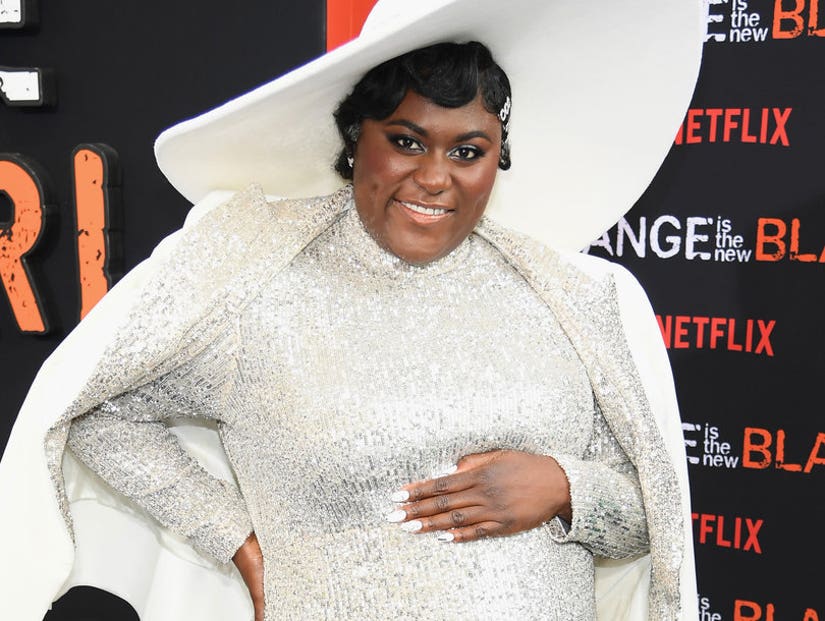