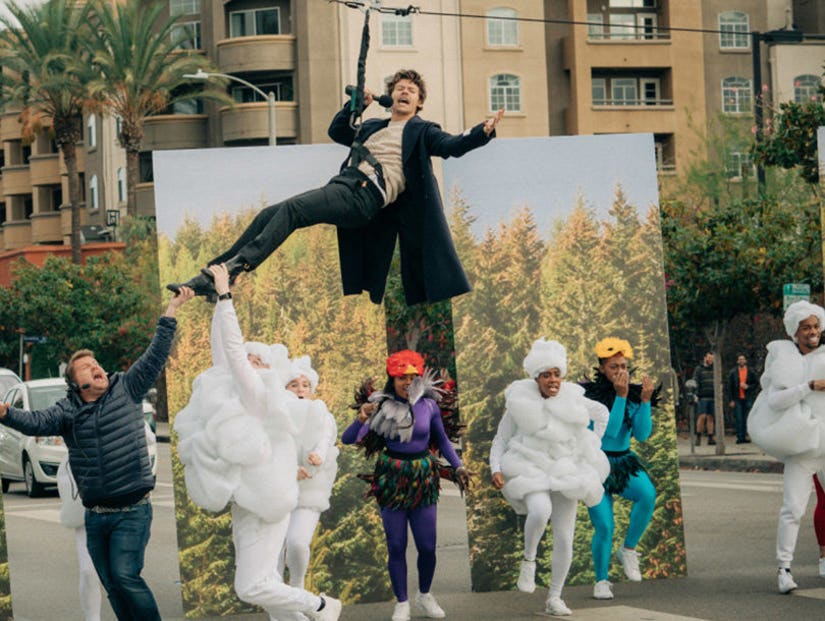 Jame Corden helps the singer perform a concert with elaborate sets, dancers and even high-flying wires ... in a crosswalk ... 30 seconds at a time while the light is red.

"You're a trailblazer. Trailblazers don't give up," James Corden told Harry Styles in an important pep talk. "People said that Ja Rule couldn't build a music festival on a private island. Did he give up? No."

"Are you talking about Fyre Festival?" Harry asked.

Okay, so it was a bad example, but James wasn't wrong. In the next obvious(?) evolution of his recurring Crosswalk: The Musical segment, Harry Styles was offered the chance to star in the first-ever Crosswalk: The Concert. 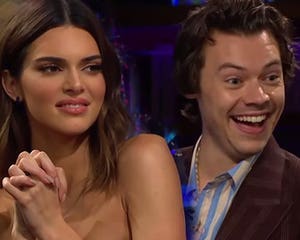 But since this is James Corden and "The Late Late Show," he couldn't be content to just let Harry do what he does. James had to inject himself into every step of the production, from hiring dancers to performing an interpretive dance to "Lights Up" to convincing Harry every step of the way that this wasn't total madness.

"I love James, but there's no way I'm doing this," Harry said after James first pitched it to him.

"You know who didn't think it was insane, The Beatles," James countered. "What do you think 'Abbey Road' was all about? That was the first-ever Crosswalk Concert."

As recurring late-night bits go, these Crosswalk segments have always proven one of the most entertaining. On the one hand, it's always fun watching James become an absolute diva, though he did reign that in a bit here. 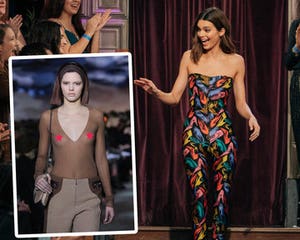 Plus, it's wild seeing them try to stage these elaborate sets and segments during the short interstitial between green lights at the intersection in front of James' studio. Is there some "Hollywood magic" at work to pull it all together? We don't care. Sure, it's all scripted and goofy, but it's so much fun.

And Harry Styles was absolutely brilliant in this, both with his actual perforamnces in the most ridiculous situations of his career, and his willingess to embrace the silliness of the whole premise and play off of James' obnoxious-but-enthusiastic character.

Their banter made the whole thing a winner in our books, and never was it more fun than before the big dramatic finale, as Harry was on a lift getting ready to rise up to the occasion. "You are gonna soar to new heights," James told him, adding quietly, "If it works properly." 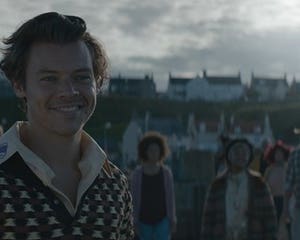 "If it works properly?" Harry asked, but of course James couldn't hear him over the lift.

It was that sort of playful recklessness that made the whole thing work, not to mention that the only segment of the concert itself that seemed to elicit positive reactions from the cars stopped at the red light was when Harry came soaring in on a wire performing "Sign of the Times."

It was new heights indeed, and probably the most memorable way to be able to tell someone you've seen Harry Styles live ... and hanging over traffic. 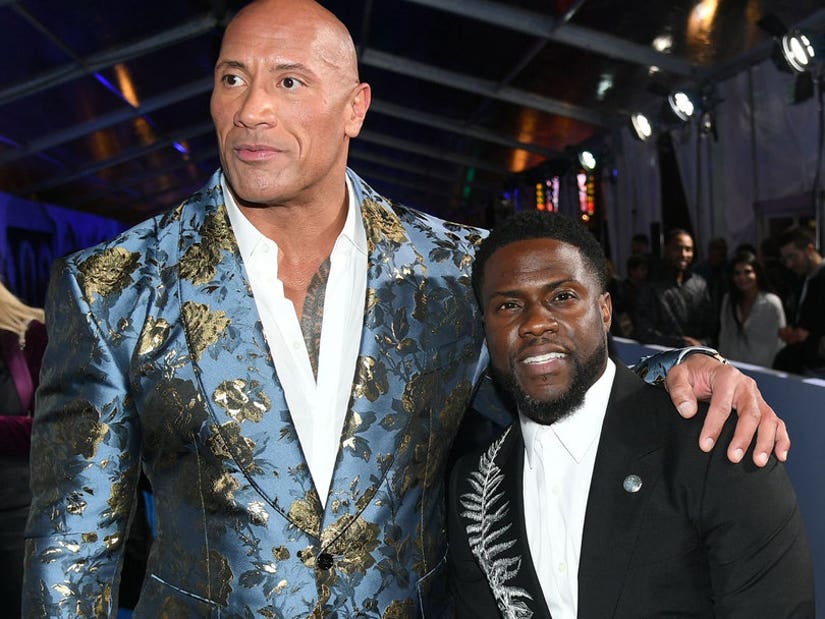