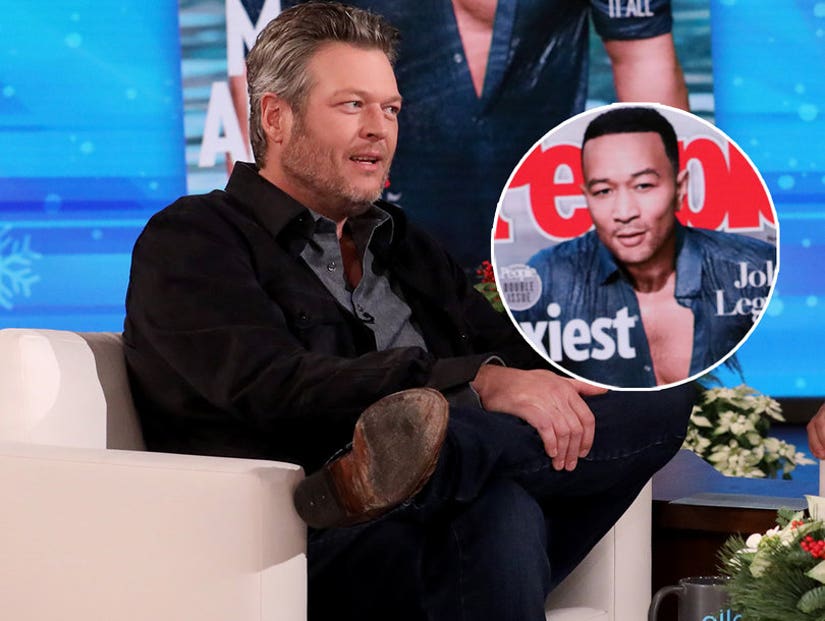 Shelton says Legend must be living in a "parallel universe."

The country singer, who is a coach on "The Voice" with his successor, immediately called out Ellen DeGeneres on Friday's episode of her show, after she claimed John was the sexiest star of the singing competition series now.

"I love People Magazine. Everybody has the right to be wrong, sometimes," Shelton responded, joking that Legend lives in a "parallel universe" from everyone else, one where he believes he won the honor.

Shelton, was actually the one who revealed the new cover earlier this year.

The singer presented Legend with a pair of bedazzled cutoff shorts that read 'VEGOTSMA,' explaining "You already came into this show as an EGOT. Then you won 'The Voice' so it became a VEGOT. Now you have a ''VEGOTSMA.' You're the only one."

Revisit that crowning moment below: